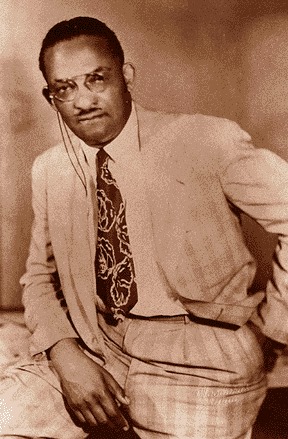 GM – Today, I would like to share a story with you of a professional man who wanted a better life for his wife, new born baby and himself. The story of Ossian Sweet rose from humble beginnings and became a doctor who tried to help the poor. His story is admirable. In a better world, it would be fairly unremarkable. But Dr. Sweet was African American in the 1920s, and his life tells the story of race struggles in this country—then and now. To know the history of the Sweet case, is to know the history of segregation in America. Unfortunately, his life also shines a light on issues still facing black Americans today: not just segregation (prescribed or by default), but also injustice at the hands of those meant to keep the peace. Enjoy and learn!

Today in our History – September 10, 1923 – Ossian Sweet defends his home from a mob all night and in the early morning.

Ossian Sweet was born in 1895 in Bartow, Florida. He was the grandson of a former slave who lived in the Jim Crow South. When he was five, he watched from the bushes as a black man was burned at the stake. Years later, at his murder trial, Sweet would recall the smell of kerosene, the crowd taking pieces of the charred flesh as souvenirs.

When he was 13, his parents sent him north. He worked his way through prep school and college at Wilberforce University in Ohio, the first black university owned and operated by black Americans. He went on to study medicine at Howard University in Washington, DC.
While in Washington, Sweet witnessed the race riots of 1919, during what was known as “The Red Summer.”

Upon receiving his medical degree, Sweet joined thousands of other black Americans who were migrating to Detroit, most to work in the burgeoning auto industry. Between 1910 and 1930, Detroit’s black population increased twentyfold. The fast-growing population, however, meant competition for housing and jobs. Sweet arrived in the summer of 1921, seeking to become a doctor in the overpopulated Black Bottom neighborhood. Here, homes were decaying and conditions were unsanitary. Many black migrants were restricted to this area.

In 1922, Sweet met Gladys Mitchell. After they married in 1923, Upon returning to Detroit, the Sweets sought to own their own home in a nicer neighborhood than Black Bottom—or the other predominantly black neighborhoods. They bought a house at 2905 Garland Street. Aware of the brewing tensions in the city—and the dangers of moving to an all-white neighborhood—Sweet waited to move until after the summer, when things might be calmer.

As soon as neighbors heard a black family was moving in, they organized the Waterworks Improvement Association.
The Sweets sent their young daughter to stay with her grandmother and, after requesting police protection from the local precinct and help from a handful of friends and relatives, they moved into their new home.

On the first night, Sweet and his wife were joined by his brother, Henry, and three friends. In anticipation, they brought guns and ammunition. “Well, we have decided we are not going to run. We are not going to look for any trouble,” said Sweet. “But we are going to be prepared if trouble arises.” Crowds formed near the house, but the night was relatively peaceful. By the second night, however, the crowds had increased, so Sweet invited more friends to help.

The local police inspector and a detail of officers stood outside the house, ostensibly to protect the Sweets, as a People threw rocks relentlessly, and the police did nothing but look on… until a shot was fired from inside the house by Henry Sweet, Ossian’s brother. A white man outside was killed. All eleven adults in the house were arrested, initially denied counsel, then denied bail by Judge John Faust who presided over the preliminary hearing, and tried for murder.

But mob justice and a prejudiced police force did not rule the day. The NAACP agreed to support the Sweet defendants. Fundraisers were held in large cities throughout the country, and the NAACP contacted Clarence Darrow, the famous Scopes Trial lawyer, who took on the case for a small fee. Darrow’s defense was based on the history of race relations in the country, including testimony about the history of racial violence and lynching. Research more about “The Trial of Henry Sweet” and share with your babies. Make it a champion day!