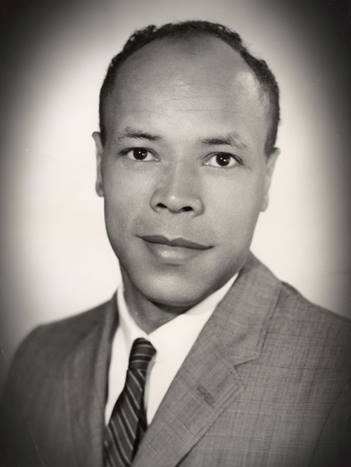 GM – FBF – Today’s story in our history is a story of pure greatness during his time. He was an was a pioneer researcher and inventor in the field of electrogasdynamics. He also made the U.S. Summer Games in 1952 held in Helsinki, Finland and won a silver medal. His academic curriculum centered on Engineering Physics. I first was first introduced to him when I participated in the Centennial Summer Olympics Games held in Atlanta back in 1996. Enjoy!

Remember – My father always told me – “If you don’t want to be a laborer all your life, stay in school.” Dr.Meredith C. Gourdine

Meredith Charles “Flash” Gourdine was born in Newark, New Jersey. His father worked as a painter and janitor and instilled within his son the importance of a strong work ethic. Meredith attended Brooklyn Technical High School and after classes he helped his father on various jobs, often working eight hour days. However, his father believed that education was more important than just developing into a hard worker and he told him “If you don’t want to be a laborer all your life, stay in school.” Meredith minded his father’s advice, excelling in academics.

He was also an excellent athlete, competing in track and field and swimming during his senior year. He did well enough in swimming to be offered a scholarship to the University of Michigan, but he turned it down to enter Cornell University. He paid his way through Cornell for his first two years before receiving a track and field scholarship after his sophomore year. He competed in sprints, hurdles and the long jump. Standing 6′ and weighing 175 lbs., he starred for his school, winning four titles at the Intercollegiate Association of Amateur Athletes of America championship and led Cornell to a second place finish at the 1952 NCAA Track and Field Championship (The University of Southern California won the meet but boasted 36 athletes while Cornell had only five c).

Gourdine was so heralded that he was chosen to represent the United States at the 1952 Summer Olympic Games in Helsinki, Finland. He received a silver medal in the long jump competition, losing to fellow American Jerome Biffle by one and a half inches. “I Would have rather lost by a foot,” he would later say. “I still have nightmares about it.”
After graduating from Cornell with a Bachelor’s Degree in Engineering Physics in 1953, he entered the United States Navy as an officer. He soon returned to academia, entering the California Institute of Technology, the recipient of a Guggenheim Fellowship. He received a Ph.D. in Engineering Science in 1960.

During his time at Cal. Tech., he served on the Technical Staff of the Ramo-Woolridge Corporation and then as a Senior Research Scientist at the Cal. Tech. Jet Propulsion Laboratory. After graduation, he became a Lab Director for the Plasmodyne Corporation until 1962 when he joined the Curtiss-Wright Corporation, serving as Chief Scientist.
In 1964, Gourdine borrowed $200,000.00 from family and friends and opened Gourdine Laboratories, a research laboratory located in Livingston, New Jersey and at its height he employed 150 people. In 1973, he founded and served as CEO for Energy Innovation, Inc. in Houston, Texas which produced direct-energy conversion devices (converting low-grade coal into inexpensive, transportable and high-voltage electrical energy).

Meredith Gourdine started his qwn company’s performed research and development, specifically in the fields of electrogasdynamics. Electrogasdynamics refers to the generation of energy from the motion of ionized (electrically charged) gas molecules under high pressure. His biggest creation was the Incineraid system, which was used to disperse smoke from burning buildings and could be used to disperse fog on airport runways. The Incineraid system worked by negatively charging smoke or fog, causing the airborne particles within to be electro magnetically charged and then to fall to the ground. The result was clean air and a clear area. He also received patents for the Focus Flow Heat Sink, which was used to cool computer chips as well as for processes for desalinating sea water, for developing acoustic imaging, and for a high-powered industrial paint spray.

Over his career Gourdine held over 30 patents and many of his creations serve as the basis for allergen-filtration devices common to households across the world. He was inducted into the Engineering and Science Hall of Fame in 1994. Towards his latter years, he suffered from diabetes, and lost his sight as well as one leg due to the disease.

Meredith Gourdine died on November 20, 1998, due to complications from multiples strokes. He left behind a legacy of research, design and innovation that will continue to have an impact for many years. Research more about this great American and share with your babies. Make it a champion day!