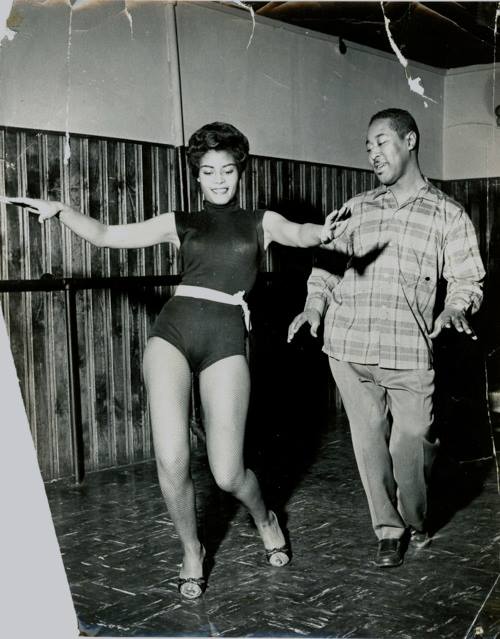 GM – FBF – Today’s story is about a person who loved to dance. She loved it so much she began teaching dance at the age nine. She went to high school and attended one of the best dance schools in the nation. The rest is history as they say. Enjoy!

Remember – “ Many people love to dance in clubs and in houses and that is fine but when I think of dance, I think of flying and controlling one’s body to a point that you can express any feeling.” – Syvilla Fort

Syvilla Fort, born on July 3, 1917 in Seattle, was a professional dancer in the 1930s and early 1940s and prominent dance instructor in New York City for three decades between 1948 and 1975. Her dance style, which combined African, Caribbean, and American rhythms, influenced hundreds of professional dancers and actors.

Fort began studying ballet when she was three years old but was denied admission to several Seattle ballet schools because of her race. Forced to learn at home in private lessons, she soon excelled in dance and at age nine began to teach modern dance, tap, and ballet to the neighborhood kids.

In 1932 she graduated from high school and entered the Cornish School of Allied Arts in Seattle, becoming its first African American student. At Cornish she met John Cage, an American composer, who had Fort perform some of his first compositions. They continued this collaboration through her years at Cornish.

In 1937 Fort relocated to Los Angeles to begin her professional career. There she met dancer Katherine Dunham. Fort later joined Dunham’s dance company in Chicago. While with Dunham’s company, Fort injured her knee which ended her professional dance career prematurely in 1945. In 1948 Fort was appointed chief administrator and dance teacher at the Katherine Dunham School of Dance in New York. Fort retained that position until 1954 when the school closed due to financial problems.

Soon afterwards Fort and her husband, Buddy Philips, opened a dance studio in New York City on West 44th Street. It was here that Fort developed her Afro-Modern technique, which combined the modern styles of dance, learned from the Dunham School, with the techniques she had acquired at Cornish. Fort’s school became popular among aspiring actors and had a number of students who went on to illustrious careers including Marlon Brando, James Dean, Jane Fonda, and James Earl Jones. Fort was also a part time Professor of Physical Education at Columbia University’s Teachers College between 1954 and 1967.

Fort’s dance studio thrived until she was diagnosed with breast cancer in 1975. The cancer spread rapidly and she died on November 8, 1975. Just days before her death, Syvilla Fort attended a concert in her honor organized by the Black Theater Alliance. Research more about black dance and share with your babies. Make it a champion day!