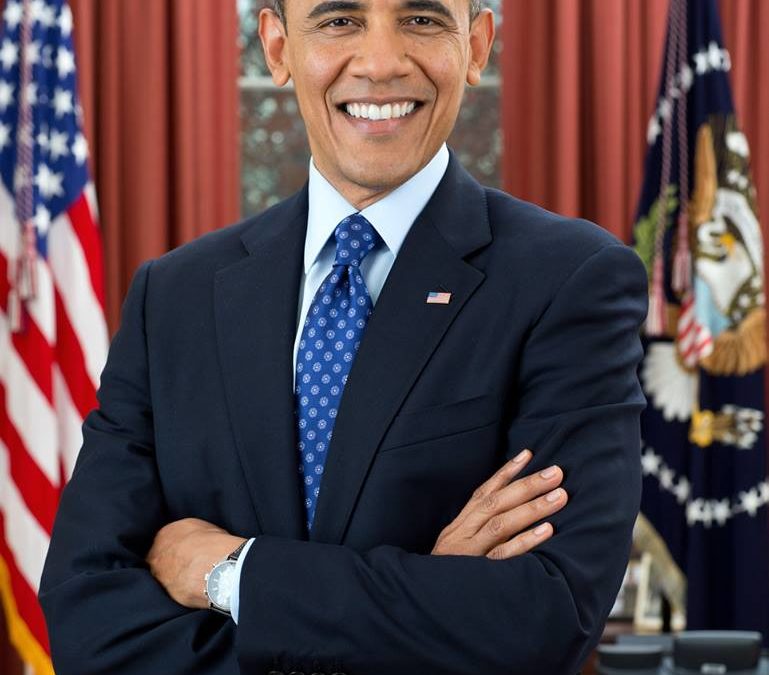 GM- FBF – You can only loose what you cling to.

Today in our History – January 20, 2009 – Barack Hussein Obama II is the 44th President of the United States of America and the first African American to have held the post. He was born on August 4, 1961, in Honolulu, Hawaii to Barack Obama Sr. and Ann Dunham. His parents separated when he was an infant and divorced when he was 2 years old, after which Obama Sr. returned to Kenya. Obama admitted to a feeling of loss and confusion at the absence of his father as well as an identity crisis about being a black child in predominantly white surroundings. Obama Sr. was killed in a tragic car accident in Nairobi in 1982 when Obama was 21 years old. Ann moved to Indonesia and remarried, and Obama has a half sister named Maya Soetoro Ng fom his mother’s second marriage. He was sent back to Hawaii to live with his grandparents while his mother and sister lived in Jakarta. He enrolled at Punahou Academy and graduated with academic honors.

After high school, Obama studied at Occidental College in Los Angeles for two years before transferring to Columbia University in New York. He graduated from Columbia in 1983 with a degree in political science. After a brief stint in the business sector, he moved to Chicago in 1985 to work as a community organizer for low-income residents. During this time, he visited his father and grandfather’s graves in Kenya and upon his return, entered Harvard Law School in 1988. he met his future wife, Michelle Robinson, while working as an associate at the Chicago law firm of Sidley Austin when she was assigned to be his adviser during her summer internship at the firm. At Harvard, Obama was the first African American editor of the Harvard Law Review and graduated magna cum laude in 1991. He then returned to Chicago to practice civil law at the firm of Miner, Barnhill & Galland, while also teaching part time at the University of Chicago Law School from 1992-2004. He married Michelle in 1992 and have two daughters named Malia and Sasha.

Obama published his autobiography in 1995, titled “Dreams From My Father: A Story of Race and Inheritance”. It received great reviews and an audio-book version of the same, narrated by Obama himself, received a Grammy Award for best spoken word album. In 1996, Obama won a seat in the Illinois State Senate and in 2000 he unsuccessfully ran for the U.S. House of Representatives seat. As a state senator, he openly expressed his views against George W. Bush’s decision to go to war in Iraq. He then started rallying support for his decision to run for the U.S. Senate, a nomination that he won with a 52% vote. In August 2004 he went head to head with former presidential candidate Alan Keyes in three televised debates, discussing diverse issues such as gun control, stem cell research, abortion and taxation. Obama won a seat in the U.S. Senate with 70% votes, becoming the third African American to be elected to the U.S. Senate. Obama published his second book, titled “The Audacity of Hope: Thoughts on Reclaiming the American Dream” in 2006 which became a New York Times as well as Amazon.com best seller. He announced his candidacy for president against Hillary Clinton in 2007, and defeated her in a close contest. In November 2008, Obama won the election against the Republican candidate John McCain and was sworn in as the 44th President of the United States on January 20, 2009. He faced various challenges in his term including a global economic crisis and two wars being fought abroad. Obama introduced several reforms such as the Affordable Care Act (or Obama Care, as it is more popularly known) which has received equal measure of support and criticism, and the Budget Control Act of 2011 to contain excessive government spending. Some of his other major decisions included legalizing gay rights, advocating gun control after the school shooting in Connecticut and resuming foreign relations with Iran, Venezuela and Cuba.
Obama was re-elected in January 2013 for a second term in office. He has taken several initiatives but his popularity ratings have gone down compared to his last term. With a number of international crisis to handle such as the situation in Syria, Palestine and Ukraine, Obama continues to show his leadership abilities and pave the way for economic and social reform. He is also the winner of the 2009 Nobel Peace Prize for his efforts to prevent nuclear proliferation and climate change, and his support for multilateral agencies such as the United Nations in order to promote international cooperation. Research more about this great American and tell your babies. Make it a champion day!