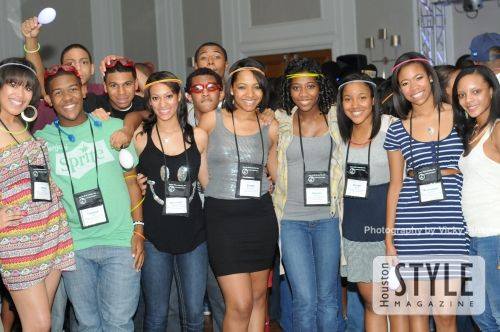 GM – FBF – Nobody said Jack and Jill doesn’t do good things. But don’t try to lie like Jack and Jill has nothing to do with elitism.

Remember – Our chrildren need a safe posative invirement to learn, grow, play and network with others who have the same intrests. – Marion Stubbs Thomas

Today in out History – The late Marion Stubbs Thomas founded Jack and Jill of America, Incorporated, on January 24, 1938, in Philadelphia, Pennsylvania. She organized a group of twenty-one mothers in Philadelphia, Pennsylvania with the idea of establishing a social and cultural union for their children. From the beginning, this new club, Jack and Jill, focused on instilling values and leadership skills in their children and providing “all the opportunities possible for a normal and graceful approach to a beautiful adulthood.” This group in Philadelphia quickly inspired others to found similar organizations. The second “chapter” of Jack and Jill was established in New York City in 1939, and a third in Washington, D.C. in 1940. The local group became an inter-city association, expanding to Pittsburgh, Baltimore, Maryland, Boston, Buffalo, New York, Columbus, Ohio, Durham, North Carolina and Memphis, Tennessee between 1944 and June 1, 1946 — the birth date of the national organization. Headquartered in Washington, D.C., Jack and Jill of America, Inc. is divided into seven geographic regions for administrative purposes. Each region has a Director, Treasurer, Secretary and Foundation Member-at-Large, and is represented on a National Executive Board. At present, there are more than 230 Jack and Jill chapters in 35 states across the United States, with more than 10,000 mother members and 40,000 parents and children.

In 1968, the organization created its philanthropic arm, the Jack and Jill of America Foundation, incorporated under the laws of the State of Illinois. The Foundation has been responsible for the origin and funding of a large number of educational and charitable projects benefiting children and families in communities across the United States. Through the years, Jack and Jill of America has made contributions to other organizations and projects, including: Africare, The United Negro College Fund, Rainbow/PUSH, King Center for Nonviolent Social Change, the NAACP Legal Defense and Educational Fund, the National Foundation for Infantile Paralysis (also called March of Dimes), the Children’s Defense Fund, and to the Boys & Girls Clubs of America.

Mothers of children between the ages of 2 and 19 hold the membership and are required to plan and host monthly activities for the children, who are the focus of the program. Children are divided into age groups (2-5, 6-9, 9-12, 12-14, and 9th through 12th grade) and take part in cultural activities, fundraising, leadership training, legislative events and social events such as ski trips, pizza parties, cotillions, as well as college planning, theater trips and conferences, to name a few. Mothers attend required monthly meetings and act on committees focused on the work of the organization, as well as larger efforts aimed to better the conditions of all children, not just their own. Annual dues, mandatory philanthropic assessments and extensive children’s activities usually result in annual costs of several hundred dollars to each member.

Mothers have to be invited into the group. Members are professional women who are doctors, lawyers, business executives, professors, teachers or are housewives married to men who are doctors, lawyers or business executives. Each chapter may decide on its own selection process; some include a prospective member and her family to participate as guests prior to being voted upon by the membership. Chapters may also, at their own discretion and often when the chapter has become too large, close their membership intake during a given year; and do not entertain prospective members.

Graduating teenagers are celebrated and honored at the annual Regional Teen Conferences during an event where they are introduced to the other families in the membership and their guests, announce their college choice and are welcomed into the adult “village”. Children who graduate out of the program are granted legacy status and may automatically join when they have children of their own.

Jack and Jill of America celebrated its 75th anniversary in Philadelphia, PA in 2012 during the 40th National Convention, and again in April 2013.