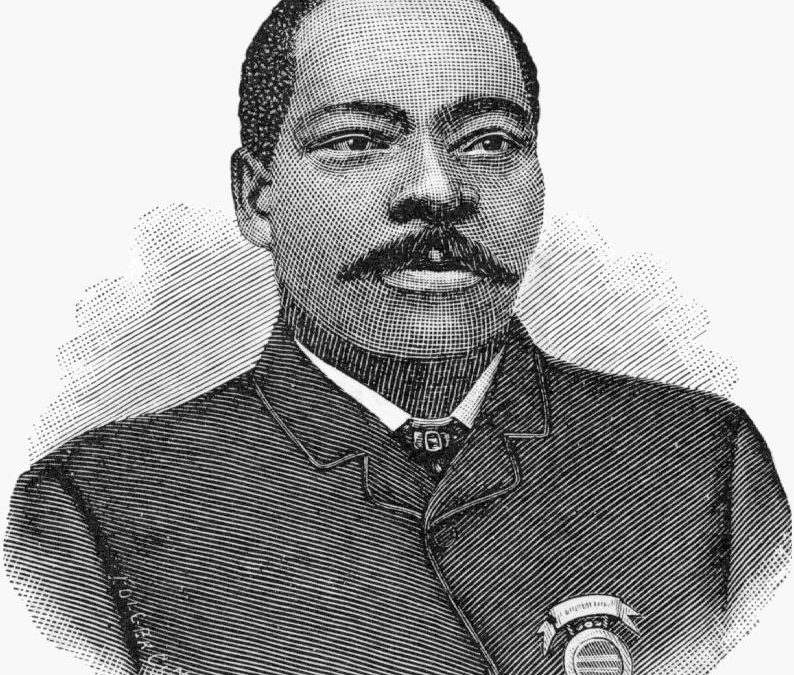 GM – FBF – Some are born great, some achieve greatness, and some have greatness thrust upon them.

Today in our History – January 30, 1910 – Granville Tailer Woods Dies. The magnitude of an inventors work can often be defined by the esteem in which he is held by fellow inventors. If this is the case, then Granville Woods was certainly a respected inventor as he was often referred to as the “Black Thomas Edison.”

Granville Woods was born on April 23, 1856 in Columbus, Ohio. He spent his early years attending school until the age of 10 at which point he began working in a machine shop repairing railroad equipment and machinery. Intrigued by the electricity that powered the machinery, Woods studied other machine workers as they attended to different pieces of equipment and paid other workers to sit down and explain electrical concepts to him. Over the next few years, Woods moved around the country working on railroads and in steel rolling mills. This experience helped to prepare him for a formal education studying engineering (surprisingly, it is unknown exactly where he attended school but it is believed it was an eastern college.)

After two years of studying, Woods obtained a job as an engineer on a British steamship called the Ironsides. Two years later he obtained employment with D & S Railroads, driving a steam locomotive. Unfortunately, despite his high aptitude and valuable education and expertise, Woods was denied opportunities and promotions because of the color of his skin. Out of frustration and a desire to promote his abilities, Woods, along with his brother Lyates, formed the Woods Railway Telegraph Company in 1884. The company manufactured and sold telephone, telegraph and electrical equipment. One of the early inventions from the company was an improved steam boiler furnace and this was followed up by an improved telephone transmitter which had superior clarity of sound and could provide for longer range of distance for transmission.
In 1885, Woods patented a apparatus which was a combination of a telephone and a telegraph. The device, which he called “telegraphony,” would allow a telegraph station to send voice and telegraph messages over a single wire. The device was so successful that he later sold it to the American Bell Telephone Company. In 1887, Woods developed his most important invention to date – a device he called Synchronous Multiplex Railway Telegraph. A variation of the “induction telegraph,” it allowed for messages to be sent from moving trains and railway stations. By allowing dispatchers to know the location of each train, it provided for greater safety and a decrease in railway accidents.

Granville Woods often had difficulties in enjoying his success as other inventors made claims to his devices. Thomas Edison made one of these claims, stating that he had first created a similar telegraph and that he was entitled to the patent for the device. Woods was twice successful in defending himself, proving that there were no other devices upon which he could have depended or relied upon to make his device. After the second defeat, Edison decided that it would be better to work with Granville Woods than against him and thus offered him a position with the Edison Company.

In 1892, Woods used his knowledge of electrical systems in creating a method of supplying electricity to a train without any exposed wires or secondary batteries. Approximately every 12 feet, electricity would be passed to the train as it passed over an iron block. He first demonstrated the device as an amusement apparatus at the Coney Island amusement park and while it amused patrons, it would be a novel approach towards making safer travel for trains.

Many of Woods inventions attempted to increase efficiency and safety railroad cars, Woods developed the concept of a third rail which would allow a train to receive more electricity while also encountering less friction. This concept is still used on subway train platforms in major cities in the United States.
Over the course of his life time Granville Woods would obtain more than 50 patents for inventions including an automatic brake and an egg incubator and for improvements to other inventions such as safety circuits, telegraph, telephone, and phonograph. When he died on January 30, 1910 in New York City he had become an admired and well respected inventor, having sold a number of his devices to such giants as Westinghouse, General Electric and American Engineering – more importantly the world knew him as the Black Thomas Edison. Research more about this great American and share with your babies. Make it a champion day!