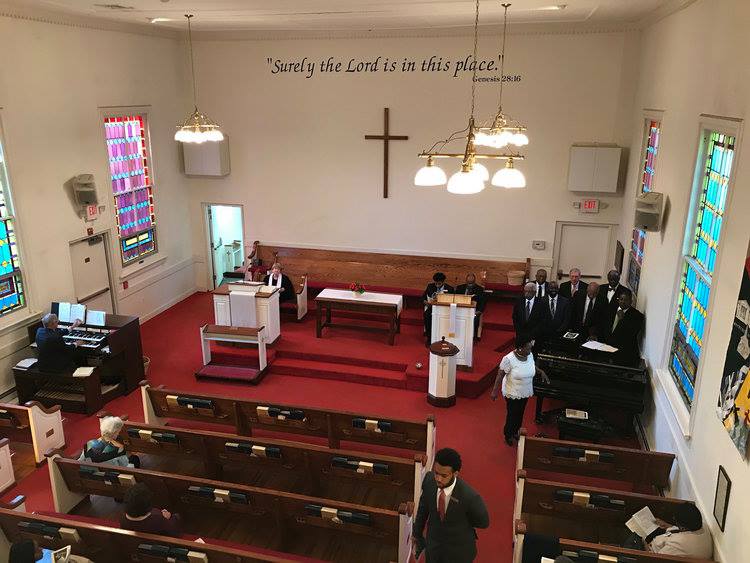 GM – FBF – “For we know that if the earthly tent we live in is destroyed, we have a building from God, a house not made with hands, eternal in the heavens.” — 2 Corinthians 5:1

Remember – “Rejoice in the Lord always; again I will say, Rejoice.” – Philippians 4:4

Today in our History – March 10, 1836 – Organized in 1836, the Witherspoon Street Church is one of the oldest African American Presbyterian congregations in New Jersey. On March 10, 1836, 90 out of 131former African American members of the Nassau Presbyterian Church were released from the congregation to form their own church. Nassau had just suffered a fire that destroyed their church. Although slaves and indentured servants were allowed to attend Nassau Presbyterian, they suffered much racism and were forced to sit in the small balcony. Many of them saw this as the opportunity to establish a church they controlled.

Elizabeth “Betsy” Stockton was born enslaved to the Stockton Family in Princeton; she attended Nassau Presbyterian Church and was instrumental in establishing the new church. Betsy Stockton earned her freedom at the age of twenty and traveled to Hawaii as a missionary. She returned to Princeton in 1835 and helped found the First Presbyterian Church of Colour. In 1837 Stockton began teaching African American children in a public school and later established a Sabbath School at what is now the Witherspoon Street Church. A stained glass window in the church is dedicated to Stockton and her work in the church.

In October of 1879, Rev. William Drew Robeson was installed as pastor. Along with his wife, Maria Louisa Bustill of Philadelphia, the Robesons moved into the church parsonage and began their family. That parsonage was the place of birth of twentieth century singer and activist Paul Robeson and is now called The Robeson House. As a former slave, Rev. Robeson fought for the rights of African Americans. His preaching on racial equality was eventually deemed “too radical” by Presbyterian Synod leaders and he was forced to resign in 1901.

Throughout the decades, the Witherspoon Church has been rooted in supporting the community through Emancipation, Reconstruction, two World Wars and the Civil Rights Movement. In the 1950s, Witherspoon Street Church began to become more inclusive of its changing community, embracing all from every ethnic background. Rev. Benjamin Anderson headed efforts to build Princeton’s first integrated housing project and helped restaurant and hotel workers to unionize. In 2003 the congregation installed its first female pastor, Rev. M. Muriel Burrows.

In 2015 The General Assembly of the Presbytery issued a formal apology to the congregation of Witherspoon Street Church for the unjust removal of Rev. Robeson which had resulted in loss of membership, the sale of the church parsonage, and financial decline. The church repurchased the parsonage in 2005, partly through a grant of $173,000 given by the Synod of the Northeast. Today the church has a racially diverse congregation that has a stong focus and foundation on being stewards of peace and racial reconciliation. When in the Trenton, NJ area, visit historical Princeton and the famous Witherspoon Street Presbytery Church and bring your babies. Make it a champion day!