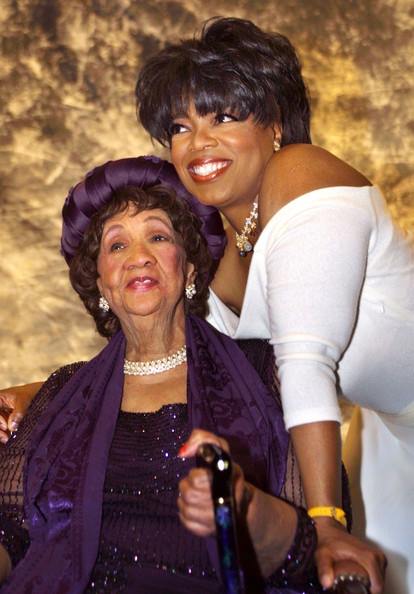 GM – FBF – “Greatness is not measured by what a man or woman accomplishes, but by the opposition he or she has overcome to reach his goals.” – Dorothy Height

REMEMBER – “We’ve got to work to save our children and do it with full respect for the fact that if we do not, no one else is going to do it.” – Dorothy Height

Today in our History – Dorothy Irene Height (March 24, 1912 – April 20, 2010 was an American administrator and educator who worked as a civil rights and women’s rights activist, specifically focused on the issues of African-American women, including unemployment, illiteracy, and voter awareness. She was the president of the National Council of Negro Women for forty years and was awarded the Presidential Medal of Freedom in 1994 and the Congressional Gold Medal in 2004.

Dorothy Height was born in Richmond, Virginia. When she was 5 years old, she moved with her family to Rankin, Pennsylvania, a steel town in the suburbs of Pittsburgh, where she graduated from Rankin High School in 1929. Height received a scholarship from the Elks, which helped her to attend college. She was admitted to Barnard College in 1929, but upon arrival was denied entrance because the school had an unwritten policy of admitting only two black students per year. She enrolled instead at New York University, earning an undergraduate degree in 1932 and a master’s degree in educational psychology the following year. She pursued further postgraduate work at Columbia University and the New York School of Social Work (the predecessor of the Columbia University School of Social Work).

Height started working as a caseworker with the New York City Welfare Department, and at the age of 25, she began a career as a civil rights activist, joining the National Council of Negro Women. She fought for equal rights for both African Americans and women. In 1944 she joined the national staff of the YWCA. She was also an active member of Delta Sigma Theta sorority, throughout her life, developing leadership training programs and ecumenical education programs. She was initiated at Rho Chapter at Columbia University. She served as national president of the sorority from 1947 to 1956.

In 1957, Height was named president of the National Council of Negro Women, a position she held until 1997. During the 1960s Civil Rights Movement, she organized “Wednesdays in Mississippi,” which brought together black and white women from the North and South to create a dialogue of understanding. Height was also a founding member of the Council for United Civil Rights Leadership. In his autobiography, civil rights leader James Farmer described Height as one of the “Big Six” of the Civil Rights Movement, but noted that her role was frequently ignored by the press due to sexism.

American leaders regularly took her counsel, including First Lady Eleanor Roosevelt.[clarification needed] Height encouraged President Dwight D. Eisenhower to desegregate schools and President Lyndon B. Johnson to appoint African-American women to positions in government. In the mid-1960s, she wrote a column called “A Woman’s Word” for the weekly African-American newspaper the New York Amsterdam News, and her first column appeared in the issue of March 20, 1965, on page 8.

Height served on a number of committees, including as a consultant on African affairs to the Secretary of State, the President’s Committee on the Employment of the Handicapped, and the President’s Committee on the Status of Women. In 1974, she was named to the National Commission for the Protection of Human Subjects of Biomedical and Behavioral Research, which published the Belmont Report a response to the infamous “Tuskegee Syphilis Study” and an international ethical touchstone for researchers to this day.

In 1990, Height, along with 15 other African Americans, formed the African-American Women for Reproductive Freedom. Height was recognized by Barnard for her achievements as an honorary alumna during the college’s commemoration of the 50th anniversary of the Brown v. Board of Education decision in 2004.

The musical stage play If This Hat Could Talk, based on her memoirs Open Wide The Freedom Gates, debuted in 2005. The work showcases her unique perspective on the civil rights movement and details many of the behind-the-scenes figures and mentors who shaped her life, including Mary McLeod Bethune and Eleanor Roosevelt.

Height was the chairperson of the Executive Committee of the Leadership Conference on Civil Rights, the largest civil rights for women’s rights organization in the USA. She was an honored guest at the inauguration of President Barack Obama on January 20, 2009, and was seated on the stage.

She attended the National Black Family Reunion that was celebrated on the National Mall in Washington, D.C., every year until her death in 2010. According to a family history DNA analysis performed by African Ancestry Inc., Height’s maternal line has a root among the Temne people of modern-day Sierra Leone. Dorothy Height was never married and never had children. On March 25, 2010, Height was admitted to Howard University Hospital in Washington D.C. for unspecified reasons. She died six weeks later, on April 20, 2010, at the age of 98. Her funeral service at the Washington National Cathedral on April 29, 2010 was attended by President Barack Obama and First Lady Michelle Obama, as well as many other dignitaries and notable people. She was later buried at Fort Lincoln Cemetery in Colmar Manor, Maryland. Research more about this great American and share with your babies. Make it a champion day!