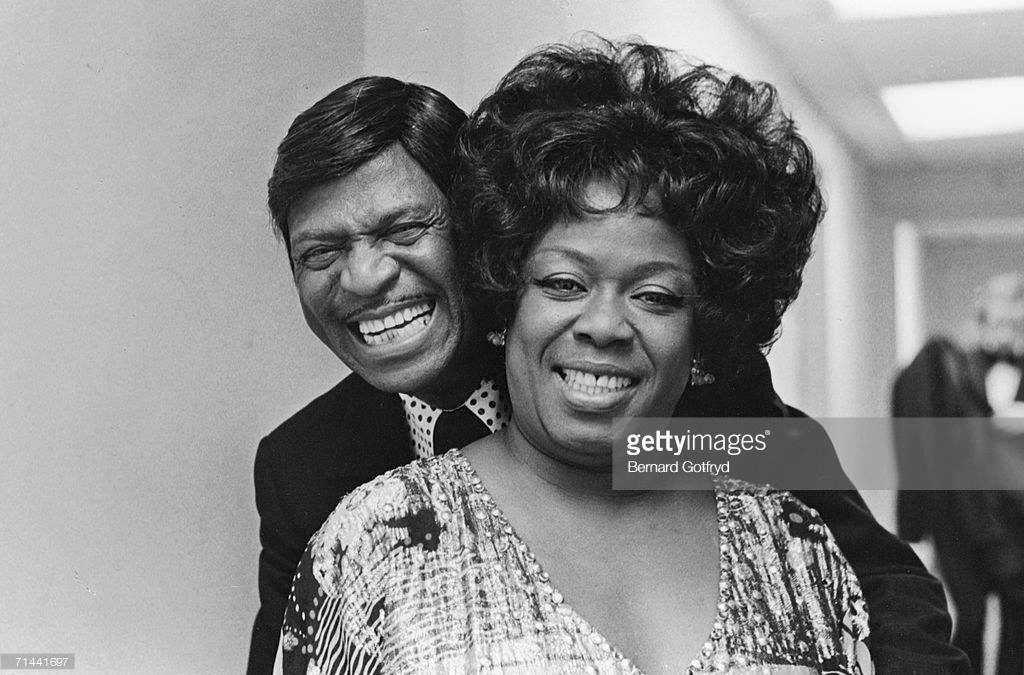 GM – FBF – “I don’t think I think when I play. I have a photographic memory for chords, and when I’m playing, the right chords appear in my mind like photographs long before I get to them.” — Earl Hines

Remember – “I always challenge myself. I get out in deep water and I always try to get back. But I get hung up. The audience never knows, but that’s when I smile the most, when I show the most ivory.” — Earl Hines

Today in ouir History – April 22, 1983 – Known as the “Father of Modern Jazz Piano,” Earl Hines played with such luminaries as Louis Armstrong and was an accomplished bandleader.

Born on December 28, 1903, in Duquesne, Pennsylvania, jazz pianist Earl “Fatha” Hines became known for his innovative style. He produced some of his most notable music alongside Louis Armstrong in the late 1920s, and later became a prominent bandleader. Following a late-career resurgence in popularity, Hines played regularly until his death from a heart attack on April 22, 1983, in Oakland, California.

Earl Kenneth Hines was born on December 28, 1903, in Duquesne, Pennsylvania. His father played cornet in a local brass band, and young Hines briefly tried the instrument before learning to play piano at age 9. He turned his interest to jazz piano after three years of classical lessons, and by 15 he was leading his own trio.

Hines was discovered by singer Lois Deppe, who helped the talented young pianist earn a job with Authur Rideout’s orchestra. Hines later joined Deppe’s Pittsburgh Serenaders, and made his recording debut with Deppe in 1922.

Hines became known for a “tricky” left hand that could play against time and deftly sway tempo before falling into line. With his right, he delivered horn-like solo lines in octaves, a technique he termed “trumpet style.”
After moving to Chicago in 1923, Hines toured with Carroll Dickerson’s orchestra and met an important friend and collaborator in Louis Armstrong. Hines became music director of the Louis Armstrong Stompers in 1927, and the two briefly owned a nightclub together. Although their business didn’t work out, they were magic when paired on piano and trumpet, producing such notable songs as “Weather Bird,” “Muggles” and “West End Blues.”

Hines’s works with Armstrong were part of a prolific 1928 for the pianist. He also recorded 12 unaccompanied piano solos, including “A Monday Date” and “57 Varieties,” and worked regularly with Jimmie Noone’s Apex Club. He celebrated his 25th birthday at the end of the year by debuting his new big band at the Grand Terrace Café.

With the Grand Terrace Café serving as his home base, Hines and his ensemble were one of the first black big bands to tour the South. He became known nationwide thanks to the growth of radio, earning the nickname “Fatha” from a disc jockey. In 1940, he scored a hit with one of his most popular songs, “Boogie Woogie on St. Louis Blues.”

Hines led a series of smaller groups after leaving Armstrong, primarily serving as leader of a Dixieland band in the 1950s. He went on tour in Europe with a group that included trombonist Jack Teagarden in 1957, but faded into obscurity as the new decade rolled in.

After critic Stanley Dance talked Hines into performing a couple of concerts at the Little Theatre in New York in 1964, the veteran jazz great enjoyed a resurgence in popularity. He was elected a member of Downbeat magazine’s jazz hall of fame in 1965, and the following year was part of a Unites States-sponsored tour in the Soviet Union.

Hines led his own small band into the 1980s and continued to perform regularly throughout the country. He delivered his final concert just weeks before his death from a heart attack in Oakland, California, on April 22, 1983. Research more of that musical style or listen to some of the music by Earl Hines and share with your babies. Make it a champion day!