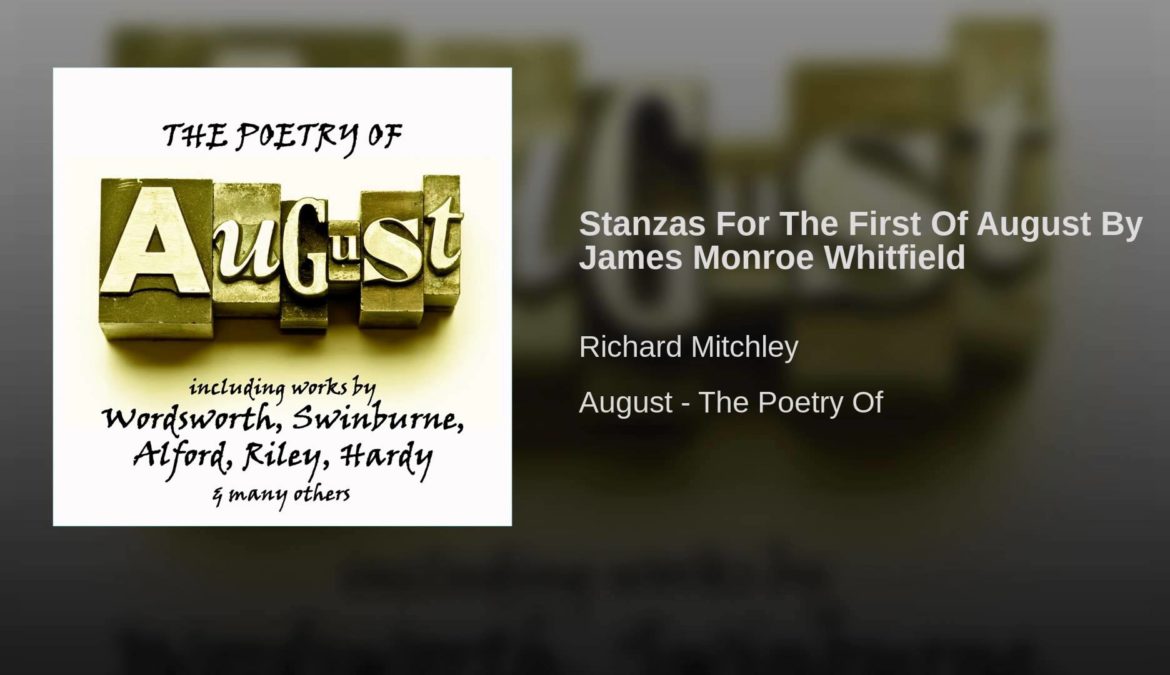 GM – FBF – In exeutive meetings every day this week and will not be able to respond to any posts. Thanks for stopping and make it a champion day!

Today in our History – April 23, 1871 – Black Poiet Dies –
James Monroe Whitfield, a black abolitionist and colonizationist, was born on April 10, 1822 in New Hampshire. Little is known about his early life except that he was a descendant of Ann Paul, the sister of prominent black clergyman Thomas Paul. Whitfield had little formal education. Nonetheless by the age of 16, he was publishing papers for Negro rights conventions.
Although his main occupation was as a barber, Whitfield eventually became well known as a poet whose work was published in North Star as well as Frederick Douglass’ Paper and The Liberator during the period he lived in Buffalo, New York. While living in Buffalo between 1839 and 1859, Whitfield worked with other abolitionists and emigrationists such as James T. Holly and Martin Delany. Whitfield promoted the National Emigration Convention in 1854 and 1856 and the African-American Repository one of the earliest black-oriented national publications.

Frederick Douglass initially recognized Whitfield’s leadership and activism and gave the young poet national exposure in his publications. Eventually Whitfield would disagree with Douglass whom he saw as too accommodating to the mostly white abolitionist movement. The men also disagreed on the wisdom of large scale emigration of African Americans from the United States. Despite their differences, Douglass allowed Whitfield to publish his views in a series of letters to Douglass’s newspaper the North Star in 1853.

In 1858 Whitfield publicly supported the proposal by Missouri Congressman Frank P. Blair to acquire land in Central America, to be used for black colonization. The following year, Whitfield was given the position of fact-finding commissioner by the proponents of this scheme and was sent to Central America where he lived for two years.

Upon his return to the United States in 1860, he found the nation on the verge of civil war. Like Martin R. Delany and other emigrationists, Whitfield now turned his efforts toward supporting the war effort which he believed would emancipate the slaves and potentially allow blacks to live as full citizens in the United States.

Settling in San Francisco, California Whitfield worked as a barber but continued to write poetry. Abdicating his role in political activism, Whitfield moved to the Pacific Northwest, working first in Portland, Oregon and later in Placerville, Idaho. Whitfield returned to California and became Grand Master of the Prince Hall Masons for the state, a post he held between 1864 and 1869. In May of 1869, he moved to Elko, Nevada, where he and three other black men sat on a jury, a first for the state of Nevada. He continued to write and publish poetry.

James Monroe Whitfield died in San Francisco on April 23, 1871 of heart disease and was buried in a Masonic cemetery in that city. Research more about blacks and the spoken word. Share with your babies and make it a champion day!