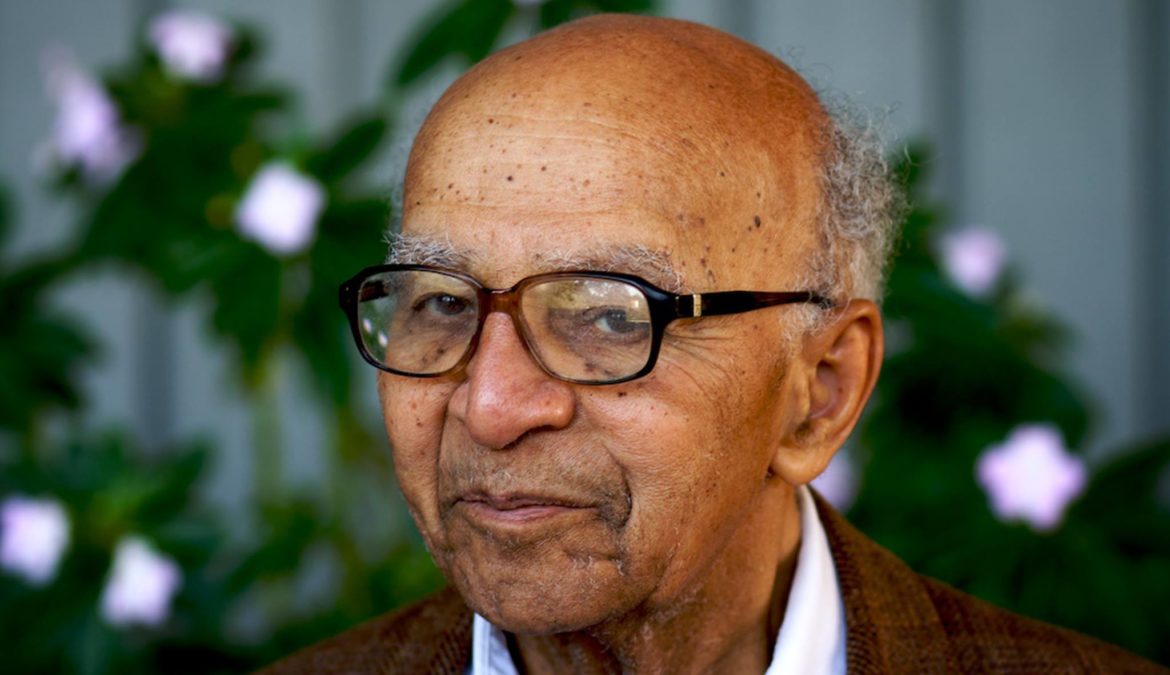 GM – FBF- Day tow of executive meetings, I am too busy to respond to any posts today. I thank you for your stopping by and I hope that you like toda’sy story about a mathematician. Make it a champion day!

Remember – “Mathematicians didn’t invent infinity until 1877. So they thought it was impossible that Africans could be using fractal geometry.” – David Harold Blackwell

David Harold Blackwell, mathematician and statistician, was the first African American to be elected to the National Academy of Sciences (1965) and is especially known for his contributions to the theory of duels. Blackwell was born on April 24, 1919, to a working-class family in Centralia, Illinois. Growing up in an integrated community, Blackwell attended “mixed” schools, where he distinguished himself in mathematics. During elementary school, his teachers promoted him beyond his grade level on two occasions. He discovered his passion for math in a high school geometry course.

At the age of sixteen, Blackwell began his college career at the University of Illinois at Urbana-Champaign. Although he planned on becoming an educator, Blackwell chose math classes instead. Having won a four-year scholarship from the state of Illinois, Blackwell completed his undergraduate degree in 1938 and earned his master’s degree the following year.

Encouraged to continue his studies, Blackwell applied for a fellowship and a teaching assistantship. He was awarded the fellowship which allowed him to complete the Ph.D. program in 1941. After Blackwell completed his dissertation on Markov chains his adviser, Joseph Doob, helped him secure the Rosenwald Fellowship at Princeton University in New Jersey. While Rosenwald Fellows typically received honorary faculty appointments at Princeton, the school objected to Blackwell’s appointment on the grounds of race and refused to back down until the institute director intervened.

From 1942 to 1944 Blackwell taught at Southern University in Baton Rouge, Louisiana; Clark College in Atlanta, Georgia; and temporarily at Howard University in Washington, D.C. In 1944, he married Ann Madison and took a permanent faculty position at Howard, later becoming a department head.

From 1948 to 1950, Blackwell spent his summers at RAND Corporation with Meyer A. Girshick and other mathematicians exploring the theory of duels, which involves questions about the shooter’s timing in a man to man altercation. In 1954 Girshick and Blackwell published Theory of Games and Statistical Decisions.

That same year Blackwell was offered a teaching position in the statistics department at the University of California, Berkeley (UCB). Blackwell accepted the offer and the following year was elected president of the Institute of Mathematics and granted a full professorship at UCB. After serving as assistant dean of the college of arts and science, Blackwell served as chair of the statistics department from 1957 to 1961.

In the mid-1970s, Blackwell served abroad as director of the University of California Study Center for the United Kingdom and Ireland. With this international appointment came the presidency of the International Association for Statistics in the physical sciences. Before retiring in 1988, he was appointed the W.W. Rouse Ball Lecturer at Cambridge University, England.

David Harold Blackwell died in Berkeley, California on July 8, 2010 at the age of 91.