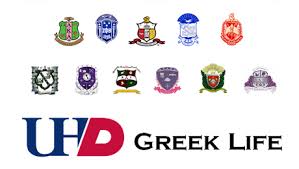 GM – FBF – Today we look bsch on our, Greek lettered fraternities and sororities. Coming together to create a union. Enjoy!

Remember – “It’s all about love. We’re either in love, dreaming about love, recovering from it, wish for it or reflecting on it.” – Unknown

The National Pan-Hellenic Council (NPHC) is a collaborative organization of nine historically African American, international Greek lettered fraternities and sororities. The nine NPHC organizations are sometimes collectively referred to as the “Divine Nine”. The member/partner organizations have not formally adopted nor recommended the use of this term to describe their collaborative grouping. The NPHC was formed as a permanent organization on May 10, 1930 on the campus of Howard University, in Washington, D.C. with Matthew W. Bullock as the active Chairman and B. Beatrix Scott as Vice-Chairman. NPHC was incorporated under the laws of the State of Illinois in 1937.

The council promotes interaction through forums, meetings and other mediums for the exchange of information and engages in cooperative programming and initiatives through various activities and functions.

Each constituent member organization determines its own strategic direction and program agenda. Today, the primary purpose and focus of member organizations remains camaraderie and academic excellence for its members and service to the communities they serve. Each promotes community awareness and action through educational, economic, and cultural service activities.

The National Pan-Hellenic Council was established in an age when racial segregation and disenfranchisement plagued African Americans, the rise of each of the black fraternities and sororities that make up the NPHC bore witness to the fact that despite hardships African Americans refused to accede to a status of inferiority.

The organization’s stated purpose and mission in 1930:

Unanimity of thought and action as far as possible in the conduct of Greek letter collegiate fraternities and sororities, and to consider problems of mutual interest to its member organizations.

As required by various campus recognition policies, neither the NPHC, nor its member national or chapter organizations discriminate on the basis of race or religion.

In 1992, the first permanent national office for NPHC was established in Bloomington, Indiana on the campus of Indiana University through the joint cooperation of Indiana University and the National Board of Directors of NPHC. Research more about this time honored Tridition and share with your babies. Make it a champion day!