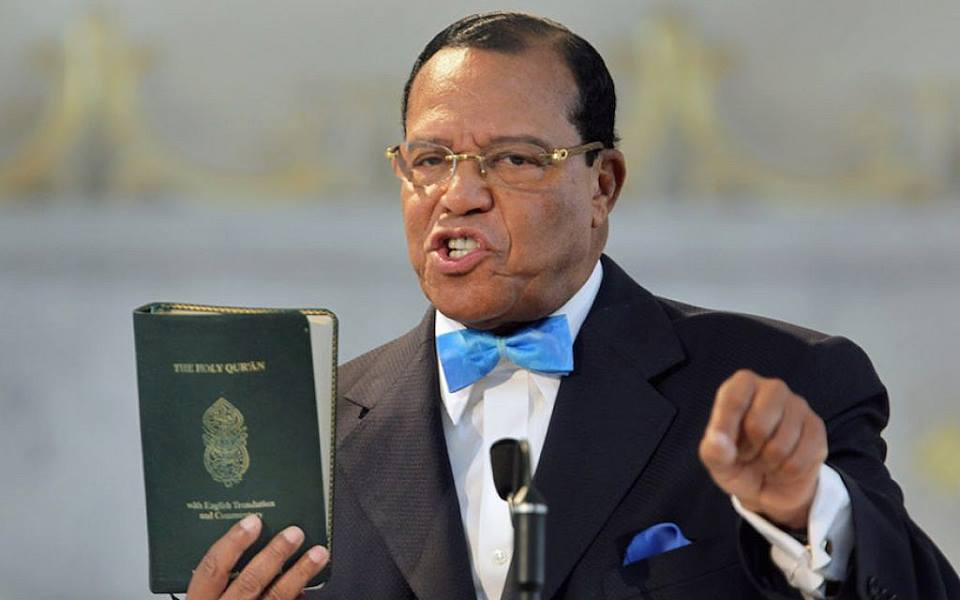 Louis Farrakhan, born as Louis Eugene Wolcott, is a Muslim American, known most popularly as a leader of the Islamic organization Nation of Islam (NOI). He was born on May 11, 1933 in The Bronx, New York. Farrakhan’s family had a difficult life, as he never knew his biological father and the family moved around a lot while the youngster was growing up. At age 6, he began receiving training for the violin. By age 13, he was so skilled with the instrument that he managed to play with famous orchestras such as the Boston College Orchestra. He continued to win prizes on a regular basis for his talent, and later enrolled in Boston Latin School and Winston-Salem Teachers College.

Farrakhan had some popular hits in his short lived musical career, performing under the name ‘The Charmer’. On tour in Chicago in 1955, he first came in contact with the teachings of NOI through saxophonist Rodney Smith. Having attended an address by then NOI leader Elijah Muhammad, Farrakhan instantly became inspired by his teachings and aspired to join the group. After passing the necessary criteria for becoming an NOI member, he was awarded the customary ‘X’ placeholder, which comes in place of most African Americans’ European slave prescribed surnames. Louis X’s name then changed to Louis Farrakhan after Muhammad replaced it sometime in the future.

Now a firm member of the NOI, Louis Farrakhan was keen on rising through the ranks quickly. He worked closely with Malcolm X who was then a minister at the Temple of Islam in Boston. Farrakhan continued to be inspired and mentored by Malcolm X, even serving as his assistant minister. After the assassination of Malcolm X, Farrakhan was appointed as national spokesman or national representative of the NOI, as well as minister of Harlem Mosque. After Elijah Muhammad’s death in 1975, a lot of things changed for NOI, from it’s organizational structure to the very core of it’s message. Taking on a more liberal standpoint and including inter-religious cooperation and dialogue, Warith Muhammad changed the very foundation of the NOI by going as far as changing it’s name to American Society of Muslims. Under Warith Deen Muhammad’s leadership, Farrakhan was a Sunni Imam for almost 4 years until 1978 when he decided to leave and create his own version of what he believed NOI stood for.

One of his most remarkable achievements and perhaps what he often remembered for is the Million Man March Farrakhan organized in 1995 in Washington D.C. Here he hoped to encourage the African Americans to re-imagine and redefine their roles and commitments to their families. The event was organized with the aid of many different civil rights groups and received vast publicity. While the actual numbers of the turnout are disputed, Farrakhan adamantly pointed out that the figure was close to his actual aim. Amongst some of the speakers at the event included Maya Angelou; Rosa Parks; Martin Luther King III, Cornel West, Jesse Jackson. 10 years later in 2005, Farrakhan marked the 10th anniversary of this momentous day by organizing the Million More Movement with the aid of other acknowledged Black movement activists such as Malik Zulu Shabazz, the activist Al Sharpton.

In recent years, Louis Farrakhan has suffered a number of health problems, including peptic ulcers, abdominal surgeries and even a heart attack in December of 2013. Research more about the Nation of Islam and share with your babies. Make it a champion day!