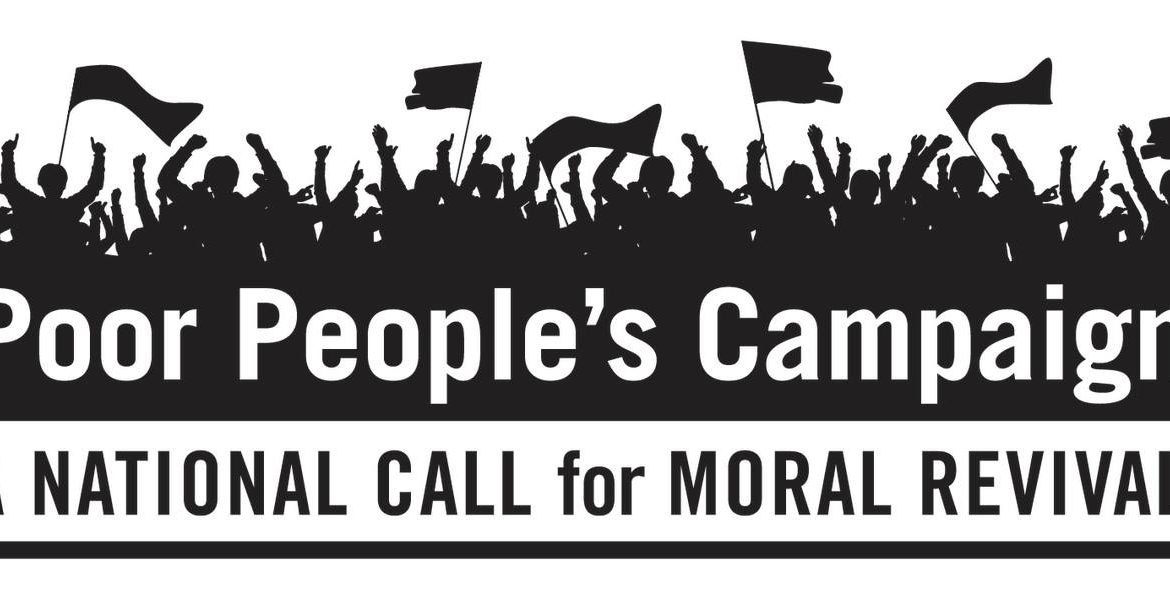 GM – FBF – “The Souls of Poor Folk: Auditing America 50 Years After the Poor People’s Campaign Challenged Racism, Poverty, the War Economy/Militarism and Our National Morality.” – I ask has there been any change for the poor in America?

Remember – “we as a nation must undergo a radical revolution of values. We must rapidly begin the shift from a “thing‐oriented” society to a “person‐oriented” society. When machines and computers, profit motives and property rights are considered more important than people, the giant triplets of racism, materialism, and militarism are incapable of being conquered…” – Rev. Dr. Martin Luther King, Jr.

Today in oue History – May 12, 1968 – Poor People’s Campaign: A Dream Unfulfilled (50 Years Later) – In early 1968, the Rev. Martin Luther King Jr. and other civil rights leaders planned a Poor People’s Campaign in Washington, D.C., for the spring. The group planned to demand that President Lyndon Johnson and Congress help the poor get jobs, health care and decent homes.

Campaign organizers intended the campaign to be a peaceful gathering of poor people from communities across the nation. They would march through the capital and visit various federal agencies in hopes of getting Congress to pass substantial anti-poverty legislation. They planned to stay until some action was taken.

But weeks before the march was to take place, King was assassinated. His widow, Coretta, and a cadre of black ministers, including the Revs. Ralph Abernathy and Jesse Jackson, decided they would pick up where King had left off and that the Poor People’s March on Washington would go forward.

Thousands of people participated in the march on May 12, 1968.

A week later, protestors erected a settlement of tents and shacks on the National Mall where they camped out for six weeks. Jackson became mayor of the encampment, which was called Resurrection City. Conditions were miserable.

Although as many as 50,000 people ended up marching, the Poor People’s Campaign was considered a failure by people who had grown weary of protesting and did not see immediate changes.

The closing was sort of unceremonious. When the demonstrators’ permit expired on June 23, some [members of the House of] Representatives, mostly white Southerners, called for immediate removal. So the next day, about 1,000 police officers arrived to clear the camp up of its last few residents. Ultimately, they arrested 288 people, including [civil rights leader and minister Ralph] Abernathy.

Although not much has changed for many poor Americans, the role of religion in the black community has changed greatly since the days when King and others wielded such power.

Over the years, megachurches have become more popular in black communities, just as they have in white communities. These megachurches have amassed influence and wealth partly because of their sheer number of parishioners. Some have created satellite churches and broadcast their gospel on television.

Research more about The Poor People’s Struggle in America by watching a video or reading books to your babies and make it a champion day!