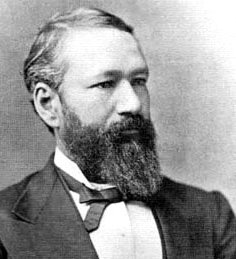 GM – FBF – This one case after the Dread Scott decesion will legally let Jim Crow stand for decades. Enyoy!

Remember – “But in view of the constitution, in the eye of the law, there is in this country no superior, dominant, ruling class of citizens. There is no caste here. Our constitution is color-blind, and neither knows nor tolerates classes among citizens. In respect of civil rights, all citizens are equal before the law. The humblest is the peer of the most powerful. The law regards man as man, and takes no account of his surroundings or of his color when his civil rights as guarantied by the supreme law of the land are involved.” ― John Marshall Harlan

Today in our History – May Plessy v. Ferguson a Supreme Court Case that will legaly keep people of color back for decades.

Plessy v. Ferguson, case in which the U.S. Supreme Court, on May 18, 1896, by a seven-to-one majority (one justice did not participate), advanced the controversial “separate but equal” doctrine for assessing the constitutionality of racial segregation laws. Plessy v. Ferguson was the first major inquiry into the meaning of the Fourteenth Amendment’s (1868) equal-protection clause, which prohibits the states from denying “equal protection of the laws” to any person within their jurisdictions. Although the majority opinion did not contain the phrase “separate but equal,” it gave constitutional sanction to laws designed to achieve racial segregation by means of separate and supposedly equal public facilities and services for African Americans and whites. It served as a controlling judicial precedent until it was overturned by the Supreme Court in Brown v. Board of Education of Topeka (1954).

The case originated in 1892 as a challenge to Louisiana’s Separate Car Act (1890). The law required that all railroads operating in the state provide “equal but separate accommodations” for white and African American passengers and prohibited passengers from entering accommodations other than those to which they had been assigned on the basis of their race. In 1891 a group of Creole professionals in New Orleans formed the Citizens’ Committee to Test the Constitutionality of the Separate Car Law. They hired Albion Tourgée, a Reconstruction-era judge and social reformer, as their legal counsel. As plaintiff in the test case the committee chose a person of mixed race in order to support its contention that the law could not be consistently applied, because it failed to define the white and “coloured” races. Homer Plessy, who was seven-eighths white and one-eighth African American, purchased a rail ticket for travel within Louisiana and took a seat in a car reserved for white passengers. (The state Supreme Court had ruled earlier that the law could not be applied to interstate travel.) After refusing to move to a car for African Americans, he was arrested and charged with violating the Separate Car Act. At Plessy’s trial in U.S. District Court, Judge John H. Ferguson dismissed his contention that the act was unconstitutional. After the state Supreme Court affirmed the district court’s ruling, the U.S. Supreme Court granted certiorari, and oral arguments were heard on April 13, 1896. The court rendered its decision one month later, on May 18.

Majority Opinion
Writing for the majority, Associate Justice Henry Billings Brown rejected Plessy’s arguments that the act violated the Thirteenth Amendment (1865) to the U.S. Constitution, which prohibited slavery, and the Fourteenth Amendment, which granted full and equal rights of citizenship to African Americans. The Separate Car Act did not conflict with the Thirteenth Amendment, according to Brown, because it did not reestablish slavery or constitute a “badge” of slavery or servitude. In reaching this conclusion he relied on the Supreme Court’s ruling in the Civil Rights Cases (1883), which found that racial discrimination against African Americans in inns, public conveyances, and places of public amusement “imposes no badge of slavery or involuntary servitude…but at most, infringes rights which are protected from State aggression by the XIVth Amendment.”

Yet the act did not conflict with the Fourteenth Amendment either, Brown argued, because that amendment was intended to secure only the legal equality of African Americans and whites, not their social equality. Legal equality was adequately respected in the act because the accommodations provided for each race were required to be equal and because the racial segregation of passengers did not by itself imply the legal inferiority of either race—a conclusion supported, he reasoned, by numerous state-court decisions that had affirmed the constitutionality of laws establishing separate public schools for white and African American children. In contrast, social equality, which would entail the “commingling” of the races in public conveyances and elsewhere, did not then exist and could not be legally created: “If one race be inferior to the other socially, the Constitution of the United States cannot put them upon the same plane.” In response to Plessy’s comparison of the Separate Car Act to hypothetical statutes requiring African Americans and whites to walk on different sides of the street or to live in differently coloured houses, Brown responded that the Separate Car Act was intended to preserve “public peace and good order” and was therefore a “reasonable” exercise of the legislature’s police power.

Dissenting Opinion
In his lone dissenting opinion, which would become a classic of American civil rights jurisprudence, Associate Justice John Marshall Harlan insisted that the court had ignored the obvious purpose of the Separate Car Act, which was, “under the guise of giving equal accommodation for whites and blacks, to compel the latter to keep to themselves while traveling in railroad passenger coaches.” Because it presupposed—and was universally understood to presuppose—the inferiority of African Americans, the act imposed a badge of servitude upon them in violation of the Thirteenth Amendment, according to Harlan. The effect of the law, he argued, was to interfere with the personal liberty and freedom of movement of both African Americans and whites. Because it thus attempted to regulate the civil rights of citizens on the arbitrary basis of their race, the act was repugnant to the principle of legal equality underlying the Fourteenth Amendment’s equal-protection clause. “Our Constitution is color-blind,” Harlan wrote,

Library of Congress, Washington, D.C.
and neither knows nor tolerates classes among citizens. In respect of civil rights, all citizens are equal before the law. The humblest is the peer of the most powerful. The law regards man as man, and takes no account of his surroundings or of his color when his civil rights as guaranteed by the supreme law of the land are involved.

He concluded that “in my opinion, the judgment this day rendered will, in time, prove to be quite as pernicious as the decision made by this tribunal in the Dred Scott Case” (1857), which had declared (in an opinion written by Chief Justice Roger B. Taney) that African Americans were not entitled to the rights of U.S. citizenship. Research more about the courts and people of color in the Country and share with your babies. Make it a champion day!