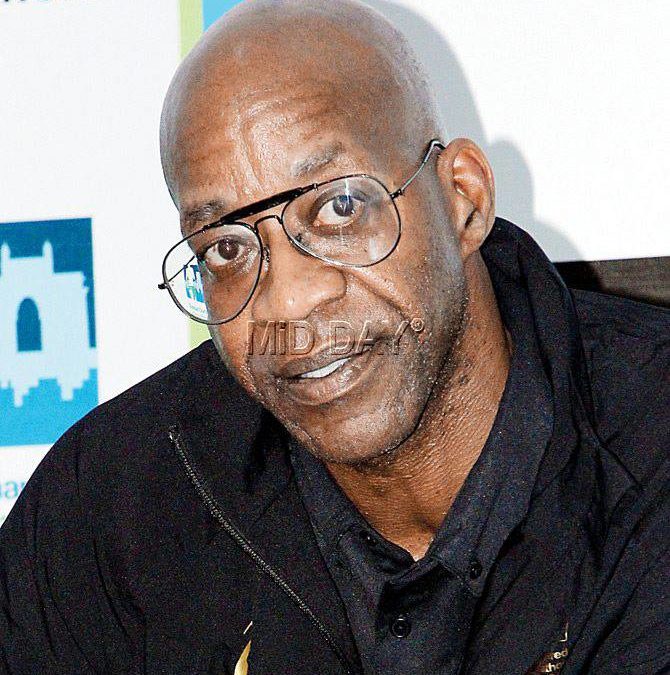 GM – FBF – I will never forget the demanding Coach Lawrence Dunn who coached me at Junior One where we never lost a track meet in ten years and the great Alfonso Jennings who had just graduated from Maryland – Eastern Shore and was Asst. Track Coach at TCHS. He would go on to create a N.J. and National Dynasty in the High School ranks and creator of The Trenton Track Club (TTC) where he is still coaching and three weeks ago he had one of his female runners compete in Atlanta, GA. for a tune up race before the USA Nationals. He is also in the Penn Relays Hall of Fame. I ran the 400 yrds, 800 yrds and 4×400 yrd. Relay and Long Jumped. Thanks to you both. Today let’s read about a Track Great. Enjoy!

Remember – ” I really don’t see the hurdels. I sence them like a memory.” – Edwin Moses

Being an Olympic-level competitor is a testament itself to an athlete’s dedication and endurance, but winning medals consistently for ten years is a feat few can claim. On June 4, 1987 Edwin Moses ended his 10-year winning streak in the 400-meter hurdles.

From August 1977 to May 1987, Moses won 122 consecutive races in that event. During a meet in Madrid, Spain, fellow American Danny Harris, who had finished second in the 400-meter hurdles in the 1984 Olympics, beat Moses by .13 seconds to end the winning streak.
Before then, Moses, the world record-holder with a time of 47.02 seconds, hadn’t lost since Aug. 26, 1977, when he was beaten in West Berlin by West Germany’s Harald Schmid. Moses was a 20-year-old student at Morehouse College at the time.

Born in Dayton, Ohio, Moses ended up in Atlanta on an academic scholarship to Morehouse College where he majored in physics and industrial engineering while competing for the school track team. Morehouse didn’t have its own track, so he used public high school facilities around the city to train.

Initially, Moses competed mostly in the 120-yard hurdles and 440-yard dash. Before March 1976, he ran only one 400-meter hurdles race. Once he turned his focus to the event he made remarkable progress.

His trademark technique was to take a consistent 13 steps between each of the hurdles, pulling away in the second half of the race as his rivals changed their stride pattern. That summer, he qualified for the U.S. team for the 1976 Summer Olympics in Montreal. In his first international meet, Moses won the gold medal and set a world record of 47.63 seconds.

After losing to Harris in 1987, Moses won 10 more races in a row, collecting his second world gold in Rome in August of the same year, and then he finished third in the final 400-meter race of his career at the 1988 Summer Olympics in Seoul.
Reflecting on his career years later, Moses told The Atlanta Journal-Constitution, “I wish I hadn’t been robbed in 1980. I had the chance to go. I was in such great shape.” That was the year President Jimmy Carter ordered that the U.S. team boycott the Olympic games in Moscow to protest the Soviet Union’s invasion of Afghanistan.

Moses won his second gold at the Los Angeles Games in 1984. In 1988, Moses went for his third in Seoul, but felt his chances were hurt when NBC moved the finals to earlier in the day, so that it could be broadcast live in the U.S. He had run in the semifinals less than 24 hours earlier.

If he’d had a full 24 hours to recover, “I’m sure it would have” made a difference, Moses said.

Since then, the scheduling for the 400 hurdles has changed so that a day separates the semifinals and finals. It has given hurdlers time to recuperate, making record performances in the finals more likely.

“That’s really changed the event, ” Moses said.
For a track titan hunting for a last taste of glory, it changed too late. Research more of this great American and share with your babies. Make it a champion day!