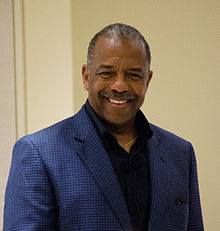 GM – FBF – As a baby boomer, I remember President John F. Kennedy telling the world that American will be on the moon by the end of the decade and we were on July 20, 1969. This morning let me tell you the story of the first Black man to take a walk in space. Enjoy!

Remember – “To be considered a part of the NASA team was one of the most thrilling events of my life” – Bernard A. Harris Jr.

Today in our History – June 26, 1956 – Bernard Anthony Harris Jr. is born and will grow up loving space exploration.

On February 9, 1995, Harris became the first African American to perform an extra-vehicular activity (spacewalk), during the second of his two Space Shuttle flights.
Harris first became interested in being an astronaut watching the Apollo 11 mission on TV in 1969. Selected by NASA in January 1990, Harris became an astronaut in July 1991, and qualified for assignment as a mission specialist on future Space Shuttle flight crews.

He served as the crew representative for Shuttle Software in the Astronaut Office Operations Development Branch. Harris was assigned as a mission specialist on STS-55, Spacelab D-2, in August 1991. He flew on board Columbia for ten days, (26 April 1993 – 6 May 1993); on the mission the Shuttle reached one year of accumulated flight time. Harris was part of the payload crew of Spacelab D-2, conducting a variety of research in physical and life sciences. During this flight, Harris logged over 239 hours and 4,164,183 miles in space.

His second mission was as the Payload Commander on STS-63 ( February 2, 1995 – February 11, 1995), the first flight of the new joint Russian-American Space Program. Mission highlights included the first rendezvous (but not docking) with the Russian space station Mir and retrieval of Spartan 204 satellite. During the flight, Harris became the first African-American to walk in space, while fellow astronaut Michael Foale became the first British-born spacewalker. (It was also on this flight that Eileen Collins became the first female Shuttle pilot.) On this mission, Harris logged 198 hours, 29 minutes in space, completed 129 orbits, and traveled over 2.9 million miles.

Harris left NASA in April 1996, but has continued research.[citation needed] He served as Vice President of SPACEHAB, Inc., and innovative space commercialization company, where he directed the company’s space science business. He also served as Vice President of Business Development for Space Media, Inc., an Informatics company, establishing an e-commerce initiative that is now part of the United Nations’ education program.

In the late 1990s , Harris served as a member of the Board of Regents of the Texas Tech University System.
In 1998, he founded The Harris Foundation, a Houston, Texas-based non-profit organization, whose stated mission is “to invest in community-based initiatives to support education, health and wealth. THF supports programs that empower individuals, in particular minorities and other economically and/or socially disadvantaged, to recognize their potential and pursue their dreams.”

In 2008, he appeared in Microsoft’s “I’m a P.C.” ad campaign. Harris also gave a keynote speech at the Exxon Mobil Texas State Science and Engineering Fair.

In 2010, he was part of the Dream Tour where he travelled to over 30 schools around the country.

Currently, Dr. Harris is President and Chief Executive Officer of Vesalius Ventures, Inc., a venture capital accelerator, that invests in early-stage companies in Medical Informatics and Technology. Reserch more about Blacks in the space program with NASA and share with your babies. Make it a champion day!