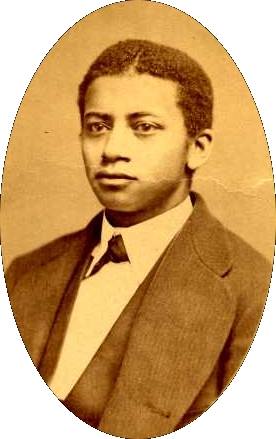 GM – FBF – Today, I would like to share with you a story of two different people and the paths that they took in America at the turn of the 20th century to be successful. One was a hard working blue collar business owner and hustler, who’s Inventions kept him in business because he relied on the Inventions to feed himself and his family and the other was a College graduate who became a doctor and did his Inventions as a hobby. Both will receive one of their Inventions patents from the U.S. Government the same day. Enjoy!

Archia L. Ross, an African American inventor, received five U.S. patents for inventions at the turn of the 20th century. The inventions were a runner for stoops (1896), a bag closure device (1898), a wrinkle-preventing trouser stretcher (1899), a garment-hanger (1903), and a holder for brooms and like articles. Ross was a resident of the New York City metropolitan area, who also patented some of the inventions in Canada.

Ross received a patent August 4, 1896 for a runner to be used on doorsteps and stoops (565,301). Runners were used to prevent slipping and falling on icy walkways. It could be used for private and public places. The basic design was a series of interlocking mats. The runner could be removed as needed and required minimal place for storage. Ross lived in New York City when the patent was filed. The runner was also patented in Canada.

In 1915, Archia L. Ross had a store at 763 Lexington in Manhattan which sold wardrobe fixtures for hanging clothes. The home residence was 818 E. 214th Street. Three years later, the listing was for Archie L. Ross and the business was located at 419 Lexington Avenue, with the same home residence. No date of birth or death or pictures of A.L. Ross.

George Franklin Grant (September 15, 1846 – August 21, 1910) was the first African-American professor at Harvard. He was also a Boston dentist, and an inventor of a wooden golf tee and Curtain Rod Support.

He was born on September 15, 1846, in Oswego, New York, to Phillis Pitt and Tudor Elandor Grant former slaves.

When he was fifteen years old a local dentist, Dr. Albert Smith, hired him as an errand boy. He soon became a lab assistant, and Dr. Smith encouraged him to pursue a career in dentistry. In 1868 he and Robert Tanner Freeman, another son of former slaves, became the first blacks to enroll in Harvard Dental School. After receiving his degree in 1870, he became the first African American faculty member at Harvard, in the School of Mechanical Dentistry, where he served for 19 years.

While there he specialized in treating patients with congenital cleft palates. His first patient was a 14 year-old girl, and by 1889 he had treated 115 cases. He patented the oblate palate, a prosthetic device that allowed patients to speak more normally. He was a founding member and president of the Harvard Odonatological Society, and, in 1881, he was elected President of the Harvard Dental Association.

He got into inventing when he faced a problem at his office and the curtains bulging in the middle and he received a patent for the curtain rod support on August 4, 1896.

Grant was an avid golfer. In 1899 he improved on Percy Ellis’ “Perfectum” tee. He invented and patented a golf tee whittled from wood and capped with gutta-percha, a latex resin used in dentistry for root canals.

He died on August 21, 1910, at his vacation home in Chester, New Hampshire, of liver disease.