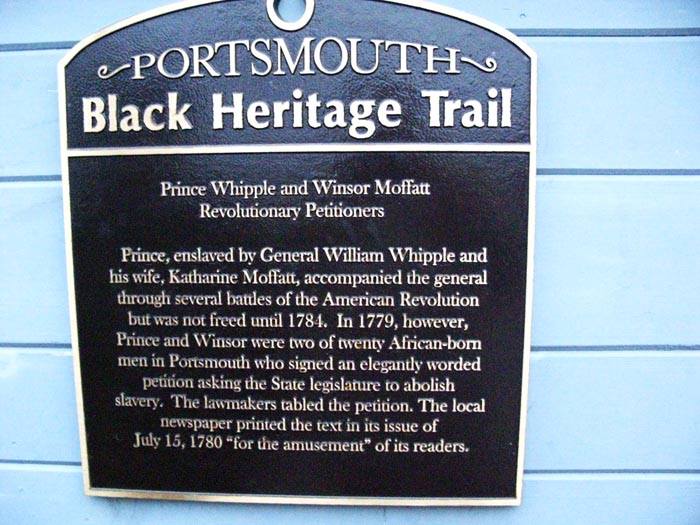 GM – FBF – Today, I would like to share with you the story of Blacks serving in the American Revolutionary War. Growing up in Trenton, N.J. where General Washington crossed the Deleware River on Christmas night in 1776. Many say that Prince Whipple was the Black on the boat of Washington in that famous painting. It was not Prince for he was one of Washington’s aid’s and stayed on the Pennsylvania side of the Deleware River that evening holding papers and a lantern. Prince did get some action in battle and I want to tell you of one of those exploits. Enjoy!

Remember – “…we find him choosing the better part and Crispus Attucks, a Negro, was the first to shed his blood on State street, Boston, that the white American might enjoy liberty forever, though his race remained in slavery.” – Booker T. Washington

Leading an army of forty men in two boats, Barton landed five miles from Newport and advanced on foot to the headquarters of General Prescott, where the colonel, with a stout African American close behind him, and another at a small distance, confronted and then overwhelmed a sentry. While the other men surrounded the house, an African American man named Prince Whipple, instantly thrust his head through the panel door, and seized his victim, Prescott while in bed. While Colonel Barton received an elegant sword for his exploits, Prince, the actual captor of the general, received nothing. In that sense, Prince Whipple was not exceptional. African Americans played a pivotal, decisive role in battles only to have that role forgotten afterward.

Prince Whipple had been part of a wealthy (perhaps even a royal) African family. When he was ten, he was sent by his family to America for an education; but while on the voyage, he was shanghaied by the ship’s treacherous captain and sold into slavery in Baltimore. He was bought by New Hampshire ship captain William Whipple, a famous leader in that State.
William Nell, in his 1852 The Colored Patriots of the American Revolution, tells the early story of Prince in America:

As was customary, Prince took the surname of his owner, William Whipple, who would later represent New Hampshire by signing the Declaration of Independence. When William Whipple joined the revolution as a captain, Prince accompanied him and was in attendance to General Washington on Christmas night 1776 for the legendary and arduous crossing of the Delaware. The surprise attack following the crossing was a badly needed victory for America and for Washington’s sagging military reputation. In 1777, [William Whipple was] promoted to Brigadier General and [was] ordered to drive British General Burgoyne out of Vermont.

An 1824 work provides details of what occurred after General Whipple’s promotion:

On [his] way to the army, he told his servant [Prince] that if they should be called into action, he expected that he would behave like a man of courage and fight bravely for his country. Prince replied, “Sir, I have no inducement to fight, but if I had my liberty, I would endeavor to defend it to the last drop of my blood.” The general manumitted [freed] him on the spot.

Prince Whipple did enter the service of America as a soldier during the Revolution and is often identified in a number of early paintings of the War, including that of General Washington after crossing the Delaware. In fact, many identify Prince Whipple as the man on the oar in the front of the boat in the famous crossing of the Delaware picture painted in 1851. Although Whipple did not actually cross the Delaware with Washington in the manner depicted, he was representative of the thousands of black patriots who did fight for American independence – and of the many African Americans who did cross the Delaware with Washington.

Prince Whipple fought in the Battle of Saratoga in 1777 and the Battle of Rhode Island in 1778. He directly attended General Washington and the general staff throughout the Revolution, serving as a soldier and aide at the highest levels. Research more about the Black “Son’s of Liberty” and share with your babies. Make it a champion day!