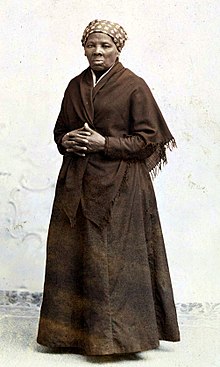 GM – FBF – Today, I would like to share part of a story with you. It’s a sad story because History will tell you that this person was called “Moses” for helping people escape slavery using the Underground Railroad, helped John Brown recruit men for his raid in VA during the Civil War this person was a spy, scout and nurse for the Union Army and an advocate for woman’s rights. The concept of “getting paid” for all of these deeds was a tragedy especially in her later life. The story that they won’t put in the History Books about this leader of leaders.

Remember – “I had reasoned this out in my mind, there was one of two things I had a right to, liberty or death; if I could not have one, I would have the other.” – Harriet Tubman

Two men, one named Stevenson and the other John Thomas, claimed to have in their possession a cache of gold smuggled out of South Carolina. They offered this treasure – worth about US$5,000, they claimed – for US$2,000 in cash. They insisted that they knew a relative of Tubman’s, and she took them into her home, where they stayed for several days. She knew that white people in the South had buried valuables when Union forces threatened the region, and also that black men were frequently assigned to digging duties.

Thus the situation seemed plausible, and a combination of her financial woes and her good nature led her to go along with the plan. She borrowed the money from a wealthy friend named Anthony Shimer, and arranged to receive the gold late one night. Once the men had lured her into the woods, however, they attacked her and knocked her out with chloroform, then stole her purse and bound and gagged her. When she was found by her family, she was dazed and injured, and the money was gone.

New York responded with outrage to the incident, and while some criticized Tubman for her naïveté, most sympathized with her economic hardship and lambasted the con men. The incident refreshed the public’s memory of her past service and her economic woes. Representatives Clinton D. MacDougall of New York and Gerry W. Hazelton of Wisconsin introduced a bill (H.R. 2711/3786) providing that Tubman be paid “the sum of $2,000 for services rendered by her to the Union Army as scout, nurse, and spy”. It was defeated.

In 1898, Tubman petitioned the Congress for benefits for her own service in the Civil War, outlining her “responsibilities during the war” as she was still receiving the pension of her deceased husband, Nelson Davis, payments of which had begun in 1895 after it was originally denied.

By 1899, after receiving numerous documents and letters to support Tubman’s claims, the U.S. Congress passed and President William McKinley signed H.R. 4982, a law which “authorized an increase of Tubman’s pension to twenty dollars per month for her service as a nurse.” Research more about this great American and share with your babies. Make it a champion day!