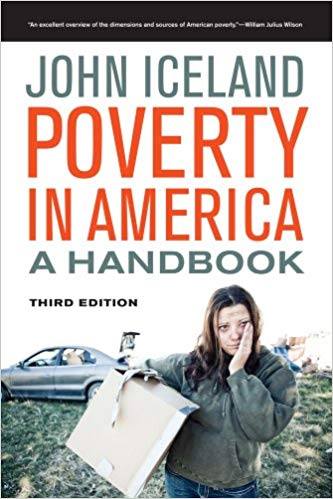 GM – FBF – Today I would like to share with you a Federal National Program that was Introduce to the country in hopes to give a facade of help but it was really and has been ever since a program of dependency. The United States President that started the program and the ones that Inherited the program really did not allow the program in its full totally to work. Let’s look at what has been called THE WAR ON POVERTY. Enjoy!

Remember – “Some years ago, the federal government declared a war on poverty and won,” – President Ronald Reagan

The Civil Rights Movement and investigative journalism combined in the early 1960s, inciting a nation to address the growing problem of poverty in America. A 1963 New York Times series on Appalachian poverty and Michael Harrington’s The Other America (1962) inspired discontent young Americans as well as President John F. Kennedy to take action. In response, Kennedy initiated federal pilot programs to address job creation, skills training, and hunger. Kennedy’s successor, President Lyndon Johnson, would use these as the basis for his War on Poverty.

In his State of the Union address on January 8, 1964, in the midst of the civil rights movement, President Johnson informed the nation that he had declared “unconditional war on poverty in America.” On August 20 of the same year, Johnson signed the Economic Opportunity Act (EOA) and created the Office of Economic Opportunity (OEO), providing both the strategy and the ammunition to fight the War on Poverty. One of the key provisions of the EOA was the creation of community action agencies that could apply for federal funds to support the development of service programs like Head Start, Legal Services, Job Corps, and VISTA (Volunteers in Service To America). These agencies were to include “maximum feasible participation of the poor.”

Initially embraced by Congress and the American public, the OEO quickly came under constant scrutiny and criticism. Amidst the controversy over community action, President Johnson also was hesitant to expand the OEO budget at a time when he needed Congressional support for America’s increased involvement in Vietnam. As a result, the War on Poverty never received the funding necessary to effectively attack poverty. Dr. Martin Luther King, Jr., expressed the sentiments of many civil rights and antipoverty activists when he argued that the War on Poverty was being “shot down on the battlefields of Vietnam.” The administrations of Richard Nixon and Gerald Ford further emasculated OEO, either transferring its programs to other federal agencies or completely eliminating them. By the late 1970s, the OEO itself was gone.

But the War on Poverty lived on through some of the programs like Head Start and Legal Services that were transferred to other federal departments and especially through community antipoverty organizations. In urban areas like Los Angeles (California), Newark (New Jersey), Baltimore (Maryland) and New York, African Americans, inspired by the civil rights/ black power movement and the participatory ideals of the War on Poverty, formed black-controlled community organizations in the 1960s and 1970s that provided jobs, job training, housing, credit unions, and cultural programs, many of which are still active today.

The War on Poverty fell well short of its stated goal of eliminating poverty, but broadened efforts to democratize America and established community organizations that continue to battle poverty. Research more about Federal Government programs and the Impact on the society or the challenges made to the United States Supreme Court as being unconstitutional and share with your babies. Make it a champion day!