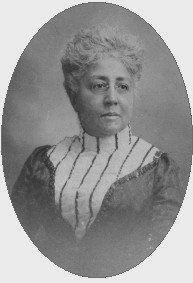 GM – FBF – Today is the last day of sales training class and I will be able to once again respond to your posts tomorrow. Today, I would like to share with you a great story of an African American woman who you might not have heard of but her story needs to be told. Josephine St. Pierre Ruffin was an African-American publisher, journalist, civil rights leader, suffragist, and editor of the Woman’s Era, the first newspaper published by and for African-American women. Enjoy her story!

Remember –“ [W]e need to talk over not only those things which are of vital importance to us as women, but also the things that are of especial interest to us as colored women.”
Josephine St. Pierre Ruffin

Today in our History – August 31,1842 – Ruffin was born in Boston, Massachusetts, to John St. Pierre, of French and African descent from Martinique, and Elizabeth Matilda Menhenick from Cornwall, England. Her father was a successful clothier and founder of a Boston Zion Church. She attended public schools in Charlestown and Salem, and a private school in New York City because of her parents’ objections to the segregated schools in Boston. She completed her studies at the Bowdoin School (not to be confused with Bowdoin College), after segregation in Boston schools ended.

Ruffin supported women’s suffrage and, in 1869, joined with Julia Ward Howe and Lucy Stone to form the American Woman Suffrage Association (AWSA) in Boston. Britannica, The Editors of Encyclopedia. “American Woman Suffrage Association.” Encyclopedia Britannica, Encyclopedia Britannica, Inc., 12 June 2015, A group of these women, Howe and Stone also founded the New England Women’s Club in 1868. Josephine Ruffin was its first bi-racial member when she joined in the mid-1890s. Ruffin also wrote for the black weekly paper, The Courant and became a member of the New England Woman’s Press Association.

When her husband George died at the age of 52 in 1886, Ruffin used her financial security and organizational abilities to start the Woman’s Era, the country’s first newspaper published by and for African-American women. She served as the editor and publisher from 1890 to 1897. While promoting interracial activities, the Woman’s Era called on black women to demand increased rights for their race.

In 1894, Ruffin organized the Woman’s Era Club, an advocacy group for black women, with the help of her daughter Florida Ridley and Maria Baldwin, a Boston school principal
In 1895, Ruffin organized the National Federation of Afro-American Women. She convened The First National Conference of the Colored Women of America in Boston, which was attended by women from 42 black women’s clubs from 14 states. The following year, the organization merged with the Colored Women’s League to form the National Association of Colored Women’s Clubs (NACWC). Mary Church Terrell was elected president and Ruffin served as one of the organization’s vice-presidents.

She refused on principle and was excluded from the proceedings. These events became known as “The Ruffin Incident”[ and were widely covered in newspapers around the country, most of whom supported Ruffin.[ Afterwards, the Woman’s Era Club made an official statement “that colored women should confine themselves to their clubs and the large field of work open to them there.”

The New Era Club was disbanded in 1903, but Ruffin remained active in the struggle for equal rights and, in 1910, helped form the National Association for the Advancement of Colored People. Ruffin was one of the charter members of NAACP. Along with other women who had belonged to the New Era Club, she co-founded the League of Women for Community Service, which still exists today.

Ruffin married George Lewis Ruffin (1834–1886), who went on to become the first African-American male graduate from Harvard Law School, the first African American elected to the Boston City Council, and the first African-American municipal judge. Josephine and Ruffin were married in 1858 when she was 16 years old. The couple moved to Liverpool but returned to Boston soon afterwards and bought a house in the West End. They had five children: Hubert, an attorney; Florida Ridley, a school principal and co-founder of Woman’s Era; Stanley, an inventor; George, a musician; and Robert, who died in his first year of life. The couple became active in the struggle against slavery. During the Civil War, they helped recruit black soldiers for the Union Army, the 54th and 55th Massachusetts regiments. The couple also worked for the Sanitation Commission, which provided aid for the care of soldiers in the field.

She died of nephritis at her home on St. Botolph Street, Boston, in 1924, and was buried in Mount Auburn Cemetery, Cambridge. Research more about black female publishers and journalists and share with your babies. Make it a champion day!