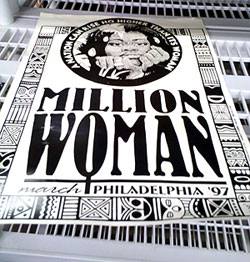 GM – FBF – Today our story centers around a civil rights activist, who like some others who left the streets and moved into the political field. While in politics she had an opportunity to really make a change for her and her people. Enjoy!

Remember – ” Helping others in time of need is the best that anyone of us can do” – Irene McCoy Gains.

Irene McCoy Gaines was a civil rights activist and a community leader. Born October 25, 1892, in Ocala, Florida, to Charles and Mamie McCoy, she had one older sister who died while Gaines was a child. Her family moved to Chicago, Illinois when she was an infant. In 1903, Gaines’s mother became a single parent after a divorce. After she graduated from Wendell Phillips High in Chicago in 1908, Gaines attended Fisk University (Nashville, Tennessee) from 1908 to 1910, and then the University of Chicago from 1910 to 1912. She studied civics and social work at both campuses.

When she returned to Chicago in 1910, Gaines began working at the Cook County Juvenile Court as a stenographer, which helped her become aware of the problems affecting the youth in her community. After World War I started, she found a new job with the US Department of Labor’s War Camp Community Service Program as an organizer for the girls division.

On October 7, 1914, McCoy married Harris Barrett Gaines, a law student at the time. They had two sons, Harris Barrett, Jr., in 1922, and Charles Ellis in 1924. Her children’s public school education offered a window into the desperate inequality between segregated schools.

In 1920, Gaines became the industrial secretary for the first African American branch of the YWCA in Chicago, and during the 1920s, she became involved with and took leadership positions in many different activist groups. Because of her association with groups such as the Chicago Urban League, Woman’s City Club, Woman’s Trade Union League, Illinois Women’s Voters’ League, the District Federation of Colored Women’s Clubs, University Society, and Household of Ruth, she quickly gained a great reputation in Chicago’s African American community for her extensive social work. Beginning in 1930, Gaines began working for the welfare department of Cook County, where she would remain until 1945.

In 1939, Gaines founded the Chicago Council of Negro Organizations and remained its first president until 1953, and used her position to protest the inequality caused by segregated schooling. She was able to secure improved facilities and establish one of the first integrated nursery schools.

In 1940 Gaines became the first African American woman to run for the Illinois State Legislature. Although she lost that election, she became one of the organizers of the first march on Washington in 1941, and led 50 Chicago-area protesters to Washington, D.C., to meet with other demonstrators from across the nation. They formed committees that visited heads of government agencies to protest discrimination against blacks in employment. The national March on Washington Movement eventually resulted in President Franklin Roosevelt’s Executive Order 8802 which banned discrimination in companies which received federal funds.

She also championed the condition of women, and in 1947 she testified before the United Nations about discrimination and oppression of women of color in the US, becoming one of the first individuals in the world to address that issue before this international body.

In 1958, at the age of 66, Gaines received the George Washington Medal of Honor for her lifelong efforts in improving her community. In the following year, she received the Fisk University Distinguished Alumni Service Award, and in 1962 Wilberforce University awarded her an honorary degree.
Irene McCoy Gaines died of cancer on April 7, 1964, in Chicago at the age of 72. Research more about civil rights workers and share with your babies. Make it a champion day!