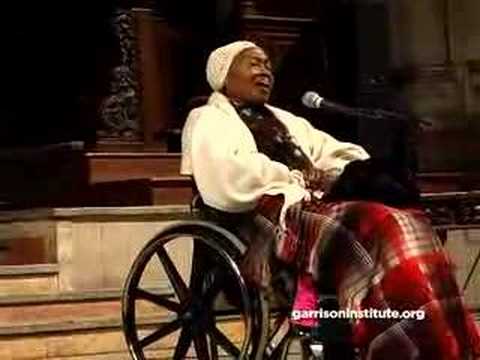 GM – FBF – Growing up in Trenton,N.J. in a Christian Church upbringing, I noticed that at the time there was a lot of genders, cross genders in the choir. The Church of God In Christ was big in hosting musical events state wide and nationally which put you in contact with a wide verity of people. Joining the New Jersey Mass Choir took it to another level as you interacted with larger gender groups.

As I worked on the radio and dance clubs, also acted as master of ceremonies for groups, Individuals and acts that came through Southeast Wisconsin and Northern Illinois. Let’s face it back in the day it was tough to “Come out of the closet” there was no acceptance as a society for THOSE PEOPLE that we now call LGBTQ and the emotional swing and acceptance was tough for many great artists but there was one that I had the opportunity to meet during the days of Disco and would always sell out any venue especially my beloved POISON APPLE DISCOTECHE which I helped design and was program director, the building was fire coded at 5,000 people. Enjoy today’s story!

Remember – “I was black, gay and some form of gender queer before there was that term.” – Sylvester James

Sylvester James, American singer and songwriter, was born in the Watts section of Los Angeles, California to Sylvester James and Letha Weaver on September 6, 1947. He grew up with his mother and stepfather Robert Hurd, as well as five siblings: John James, Larry James, Bernadette Jackson, Bernadine Stevens, and Alonzo Hurd. Raised attending the Palm Lane Church of God and Christ in Los Angeles, James became a young gospel star performing at churches and conventions across California.

James graduated from Jordan High School in Los Angeles in 1969. He studied interior design for two years at Leimert Beauty College, Los Angeles and also studied archeology, working at the Museum of Ancient History at the La Brea Tar Pits. During this time, he co-founded the recording group, the Disquotays.

After moving to San Francisco in 1967, he joined the Cockettes, a theater troupe, singing jazz and blues standards of the 1920s and 1930s; in November 1971, the Cockettes performed at the Anderson Theater in New York City’s East Village. Sylvester made his debut album on the Blue Thumb label with Lights Out (1971), followed in 1973 by Sylvester and Bazaar. In 1976, Sylvester hired the singers Martha Wash and Izora Armstead-Rhodes. Record producer Harvey Fuqua discovered the group and signed them with Fantasy Records which produced the album Sylvester in 1977.

James performed at the Rock Show at Winterland in San Francisco, opened for Chaka Khan, appeared at the Castro Street Fair with Harvey Milk, and was profiled in GQ magazine. In 1978, James performed on Dick Clark’s American Bandstand and on The Merv Griffin Show. On March 11, 1979, Sylvester performed at the San Francisco War Memorial Opera House and was awarded the Key to the City by Mayor Diane Feinstein. The concert was released as the album Living Proof. Also in 1979, Disco International Magazine deemed him Best Male Disco Act.

Over the course of his career, James sang a variety of genres, including ballads, jazz, blues, gospel, R&B, rock, torch songs, soul, and disco. He toured South America, Europe, the United Kingdom, and North America. The album Step II in 1978 included the Gold-record hits “You Make Me Feel (Might Real)” and “Dance (Disco Heat)” and received three Billboard Disco Forum Awards. Three more albums followed: Stars (1979), Sell My Soul (1980), and Too Hot to Sleep (Fantasy/ Honey Records, 1981). After working with Fantasy, Sylvester joined Megatone Records in 1981 and produced the albums All I Need (1982), Call Me (1983), and M-1015 (1984). In December 1986, on New Year’s Eve, he appeared on The Late Show Starring Joan Rivers.

In 1986, Sylvester joined Warner Brothers to produce his final album Mutual Attraction, which included the hit “Someone Like You.” He also sang with Aretha Franklin for her album Who’s Zooming Who? In later years, he became an AIDS awareness activist. His last public appearance was leading the People Living with AIDS/ARC group at San Francisco’s Gay Freedom Day Parade on June 26, 1988. The 1988 Castro Street Fair in San Francisco was themed as a tribute to his work. Sylvester James died on December 16, 1988 in San Francisco. Research more LGBTQ artist and share with your babies and make it a champion day!