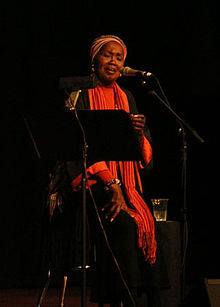 GM – FBF – One of the toughest things in the world is to be denied by your people. Everywhere you go your called names or looked down upon and all that you are trying to do is live your life as a mixed race person. When I was teaching/coaching at Red Bank Regional High School at that time the make up of the student population was (60% White 30% Black 10% Asian) in Monmouth County, N.J; I had twin girls who came during the Christmas season and stayed for the second semester and were gone. The story was that they had had problems with other two High Schools during the first semester- fighting, abuse and disruption during the school day near the Army Base (Fort Monmonth). They never were involved in any extra-circular activities and it got so bad they ate lunch in my classroom in the back where they could study and have some quiet time because everyone in school knew that you had a safe place in Coach Hardison’s classroom. So I had them for Homeroom and taught them both black history before lunch and had them for AP U.S. History II at the end of the day. Many days they came to school and class crying, angry and mad. I always wondered what happened to them since this was their senior year of high school. Today’s story is about a young baby who lived her life knowing that her father was not only white but one of the most powerful men in America. Enjoy!

Essie Mae Washington-Williams (October 12, 1925 – February 4, 2013) was an American teacher, author, and writer. She is best known as the eldest child of Strom Thurmond, Governor of South Carolina and longtime United States Senator, known for his pro-racial segregation policies. Of mixed race, she was born to Carrie Butler, a 16-year-old African-American girl who worked as a household servant for Thurmond’s parents, and Thurmond, then 22 and unmarried. Washington-Williams grew up in the family of one of her mother’s sisters, not learning of her biological parents until 1938 when her mother came for a visit and informed Essie Mae she was her mother. She graduated from college, earned a master’s degree, married, raised a family, and had a 30-year professional career in education.

Washington-Williams did not reveal her biological father’s identity until she was 78 years old, after Thurmond’s death at the age of 100 in 2003. Though he had little to do with her upbringing, he had paid for her college education, and took an interest in her and her family all his life. In 2005, she published her autobiography, which was nominated for the National Book Award and a Pulitzer Prize.

Washington was the daughter of Carrie Butler, who was 16 when her daughter was born, and Strom Thurmond, then 22. Carrie Butler worked as a domestic servant for Thurmond’s parents. She sent her daughter from South Carolina to her older sister Mary and her husband John Henry Washington to be raised in Coatesville, Pennsylvania. The girl was named Essie after another of Carrie’s sisters, who fostered her briefly as an infant. Essie Mae grew up with her cousin, seven years older than she, who she believed was her half-brother.

Washington was unaware of the identity of her biological parents until 1941, when she was 16. Her mother told her the full story then and took her to meet Thurmond in person.
Washington and her mother met infrequently with Thurmond after that, although they had some contact for years. After high school, Washington-Williams worked as a nurse at Harlem Hospital in New York City, and took a course in business education at New York University.

She did not visit the segregated South until 1942, when she met relatives in Edgefield, S.C. After having grown up in Pennsylvania, Washington was shocked by the racial restrictions of the South. She returned to the north to live with relatives during the war years. After Thurmond returned from World War II, she started college at the all-black South Carolina State College (SCSC) in the fall of 1947. Thurmond quietly paid for her college education. She met and married future lawyer Julius Williams at SCSC in 1948. Her first child, Julius Williams Jr., was born in 1949. As a result, Essie Mae Washington-Williams dropped out of college in the summer of 1949 to begin raising the first of her four children.

During the late 1950s and 1960s, the years of national activism in the civil rights movement, Washington occasionally tried to discuss racism with Thurmond, who was known for his long-time political support of segregation, but he brushed off her complaints about segregated facilities. Nevertheless, Washington-Williams felt that she made a significant impact on Thurmond during their private conversations on race and race relations and that Thurmond’s policies towards African-Americans were affected as a result. In 1976, for example, Thurmond nominated Matthew J. Perry, whom Essie Mae dated in 1947 shortly before she met her first husband, to the U.S. Court of Military Appeals. Thurmond became the first Southern senator to nominate an African American for a federal judgeship.

Following the death of her husband in 1964, Washington moved again to Los Angeles, California, where she completed her undergraduate studies to receive a bachelor’s degree from California State University, Los Angeles in 1969 and earned a master’s degree in education at the University of Southern California. She had a 30-year career as a teacher in the Los Angeles Unified School District from 1967 through 1997. She was a longtime member of Delta Sigma Theta sorority, which she joined while at South Carolina State.

In 1949, Washington left college before her junior year after marrying Julius T. Williams, a law student at SCSC, the previous year. After his graduation from law school, they moved to his home town, Savannah, Georgia, where he established a law practice and was active in the NAACP. They had two sons and two daughters together. He died in 1964. Three children live in the Seattle, Washington, area, and one daughter lives near Los Angeles. Washington-Williams has numerous grandchildren.

In 2004, Washington-Williams said that she intended to be active on behalf of the Black Patriots Foundation, which was raising funds to build a monument on the National Mall in Washington D.C. to honor American blacks who served in the Revolutionary War. This organization became defunct the following year. Another group is now raising funds for the monument.

When Washington-Williams announced her family connection, it was acknowledged by the Thurmond family. In 2004 the state legislature approved the addition of her name to the list of Thurmond children on a monument for Senator Thurmond on the South Carolina Statehouse grounds.

Washington-Williams applied for membership in the United Daughters of the Confederacy, based on her heritage through Thurmond to ancestors who fought as Confederate soldiers. She encouraged other African Americans to join lineage societies, in the interests of exploring their heritage and promoting a more inclusive view of American history. She said,
It is important for all Americans to have the opportunity to know and understand their bloodline. Through my father’s line, I am fortunate to trace my heritage back to the birth of our nation and beyond. On my mother’s side, like most African Americans, my history is broken by the course of human events.

The lineage society is open to female descendants of Confederate veterans of the American Civil War. As her father Thurmond had been a member of the Sons of Confederate Veterans, his completed genealogical documentation was deemed sufficient for her to qualify for membership, according to her lawyer, Frank Wheaton. She also intended to join the Daughters of the American Revolution.

In 2005, Washington-Williams was awarded an honorary Ph.D. in education from South Carolina State University at Orangeburg when she was invited to speak at their commencement ceremony.

She published a memoir, Dear Senator: A Memoir by the Daughter of Strom Thurmond (2005), written with William Stadiem. It explored her sense of dislocation based on her mixed heritage, as well as going to college in the segregated South after having grown up in Pennsylvania. It was nominated for both a National Book Award and a Pulitzer Prize. Research more about famous mixed race children and share with your babies. Make it a champion day!