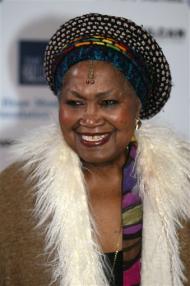 GM – FBF – Today, I want to take you back to a time where our ancestors were still in bondage. It looked like all of the work that Denmark Vesey, Gabriel Processor and Nat Brown wasn’t working to assist our people from obtaining freedom. This man would go down in American History as the one who will start the civil war and using the slave as the centerpiece. Enjoy!

Remember – “I want you to understand that I respect the rights of the poorest and weakest of colored people, oppressed [to deny other the rights or liberty] by the slave system, just as much as I do those of the most wealthy and powerful. That is the idea that has moved me, and that alone” John Brown

Today in our History – December 14, 1859 – The U.S. Senate appointed a bipartisan committee to investigate the Harpers Ferry raid and to determine whether any citizens contributed arms, ammunition or money to John Brown’s men. The Democrats attempted to implicate the Republicans in the raid; the Republicans tried to disassociate themselves from Brown and his acts.

John Brown was born in Torrington, Connecticut, on May 9, 1800. His father, Owen Brown, was an early abolitionist who was accused in 1798 of forcibly freeing slaves belonging to a clergyman from Virginia. He spent most of his youth in Hudson, Ohio, where he worked mainly for his father and developed skills as a farmer and tanner.

He married the widow Dianthe Lusk in 1820, and had seven children by her. Within a year of her death in 1832, he married again and had 13 more children. He experienced inconsistent results in business, trying his hand at sheep raising, farming, tanning, and the wool trade. From 1849 to 1854, he lived in a black community near North Elba, New York. With tensions rising in Kansas following the passage of the Kansas-Nebraska Act, Brown sent his five sons – all thoroughly indoctrinated as abolitionists – westward while he attempted to settle his debts.

Brown, driving a wagonload of guns, later joined his sons in Kansas. Proclaiming himself the servant of the Lord, Brown led an attack in the spring of 1856, that resulted in the murders of five proslavery settlers. The incident became known as the Pottawatomie Creek Massacre. This event was part of widespread violence then occurring in Bleeding Kansas.

Brown’s uncompromising stand against slavery won him numerous supporters in the North, where many abolitionists were frustrated by their lack of progress. In particular, encouragement and financial support were extended by the “Secret Six,” a group of influential New England aristocrats. With their help, Brown was able to establish a base in western Virginia where he hoped to spark a general slave rebellion in the South.

His raid on the U.S. Arsenal at Harper’s Ferry on October 16, 1859, was part of that plan. With a band of 18 men, 13 white and 5 black, Brown seized the town. A number of persons died during the raid. He expected that slaves would join his “army of emancipation” as it continued further into slave-holding territory, but the support did not materialize.

By the following night, federal troops commanded by Colonel Robert E. Lee reached the town and surrounded the raiders. Brown would not surrender, so they were attacked. Two of Brown’s sons died in the fighting and Brown himself was seriously wounded. He was taken to Charles Town, then in Virginia and now in West Virginia, where he was tried on charges of inciting a slave insurrection, murder and treason.

After conducting his own defense, he was convicted, and hanged on December 2, 1859. Research more about this American hero and share with your babies. Make it a champion day!