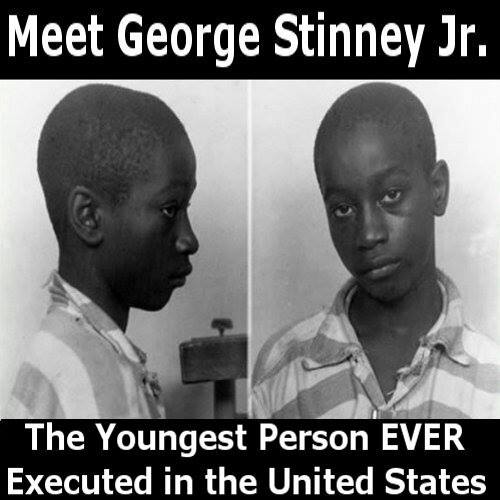 GM – FBF – Today’s story takes me back to my U.S. History class during my Undergraduate work at College. The story was a research project and I had spoken to some family members who had moved to Wisconsin at the time in 1972. I never forgot the case and while I was teaching at Ewing High School, (Mercer County, NJ – outside of Trenton) I shared this case with my students in 1991 and the Administration and School Board were mad at me for starting trouble by having children go home and ask questions to their parents/guardians that would divide the racially mixed student body. This was one of the reasons why they wanted me out I was at the end of the school year.

I went to Red Bank Regional High School the next year and still presented to the students in my classes while there. A friend of mine Steven Dunlap asked me about it a month ago and I told him that my posts go by month and day of an historical event and when it comes up I will surly tell the story. Learn and enjoy!

Remember – “There wasn’t any reason to convict this child. There was no evidence to present to the jury. There was no transcript. This case needs to be re-opened. This is an injustice that needs to be righted.” – Attorney Ray Chandler representing Stinney’s family

George Junius Stinney Jr. (October 21, 1929 – June 16, 1944), was an African-American teenager wrongfully convicted at age 14 of the murder of two white girls in 1944 in his hometown of Alcolu, South Carolina. He was executed in June of that year, still only 14. His appeal to the governor for clemency was denied. He was one of the youngest Americans to be sentenced to death and executed.

A re-examination of the Stinney case began in 2004, and several individuals and Northeastern University School of Law organized to seek a judicial review. His conviction was vacated in 2014 when a court ruled that he had not received a fair trial.

Police arrested 14-year-old George Stinney, a local African-American, as a suspect. They said that he confessed to the crime to them. There was no written record of his confession apart from notes provided by an investigating deputy.

No transcript was recorded of the brief trial. Stinney was convicted of first-degree murder of the two girls in less than 10 minutes by an all-white jury, during a one-day trial. The court refused to hear his appeal. He was executed that year, still age 14, by electric chair.

In the decades since Stinney’s conviction and execution, the question of his guilt, the validity of his reported confession, and the judicial process leading to his execution have been extensively criticized.

A group of lawyers and activists investigated the Stinney case on behalf of his family. In 2013 the family petitioned for a new trial. On December 17, 2014, his conviction was posthumously vacated 70 years after his execution, because the circuit court judge ruled that he had not been given a fair trial; he had no effective defense representation and his Sixth Amendment rights had been violated. The judgment noted that while Stinney may have committed the crime, the prosecution and trial were fundamentally flawed. Judge Mullen ruled that his confession was likely coerced and thus inadmissible. She also found that the execution of a 14-year-old constituted “cruel and unusual punishment.”

George Stinney Jr, of African descent, was the youngest person to be executed in the 20th century in the United States. This young black was only 14 years old at the time of his execution by electric chair. 70 years later, his innocence has just been officially recognized by a judge in South Carolina.
From his trial to the execution room, the boy always had his Bible in his hands while claiming his innocence. George was unfairly accused of murdering two White girls (Betty 11 and Mary 7), whose bodies had been found not far from the house where the boy and his parents lived. At that time, all the members of the jury were white. The trial lasted 2H30, and the jury made the decision of his sentence after 10 minutes.

The boy’s parents, threatened, were barred from taking part in the trial after being ordered to leave the city. Prior to his trial, George spent 81 days in detention without the possibility of seeing his parents for the last time. He was imprisoned alone in his cell, 80 kilometers from his hometown. His hearing of the facts was done alone, without the presence of his parents or a lawyer.

George’s electrocution charge was 5,380 volts on his head. We let you imagine what such an electric shock can have on a young child’s head. We will never forgive and will never FORGET!

Rather than approving a new trial, on December 17, 2014, circuit court Judge Carmen Mullen vacated Stinney’s conviction. She ruled that he had not received a fair trial, as he was not effectively defended and his Sixth Amendment right had been violated. The ruling was a rare use of the legal remedy of coram nobis. Judge Mullen ruled that his confession was likely coerced and thus inadmissible. She also found that the execution of a 14-year-old constituted “cruel and unusual punishment”, and that his attorney “failed to call exculpating witnesses or to preserve his right of appeal.”

Mullen confined her judgment to the process of the prosecution, noting that Stinney “may well have committed this crime.” With reference to the legal process, Mullen wrote, “No one can justify a 14-year-old child charged, tried, convicted and executed in some 80 days,” concluding that “In essence, not much was done for this child when his life lay in the balance.”

Family members of both Betty Binnicker and Mary Thames expressed disappointment at the court’s ruling. They said that, although they acknowledge Stinney’s execution at the age of 14 is controversial, they never doubted the boy’s guilt. The niece of Betty Binnicker claimed she and her family have extensively researched the case, and argues that “people who [just] read these articles in the newspaper don’t know the truth.” Binnicker’s niece alleges that, in the early 1990s, a police officer who had arrested Stinney had contacted her and said: “Don’t you ever believe that boy didn’t kill your aunt.”

These family members said that the claims of a deathbed confession from an individual confessing to the girls’ murders have never been substantiated. Research more about this great American tragedy by reading David Stout based his first novel Carolina Skeletons (1988) on this case. He was awarded the 1989 Edgar Award for Best First Novel (Edgar Allan Poe Award). Stout suggests in the novel that Stinney, whom he renames Linus Bragg, was innocent.

The plot revolves around a fictitious nephew of Stinney/Bragg, who unravels the truth about the case decades later. The novel was adapted as a 1991 television movie of the same name directed by John Erman, featuring Kenny Blank as Stinney/Bragg. Lou Gossett Jr. played Stinney’s/Bragg’s younger brother James. As of February 2014, another movie about the Stinney case, 83 Days, was planned by Pleroma Studios, written and produced by Ray Brown with Charles Burnett as director.