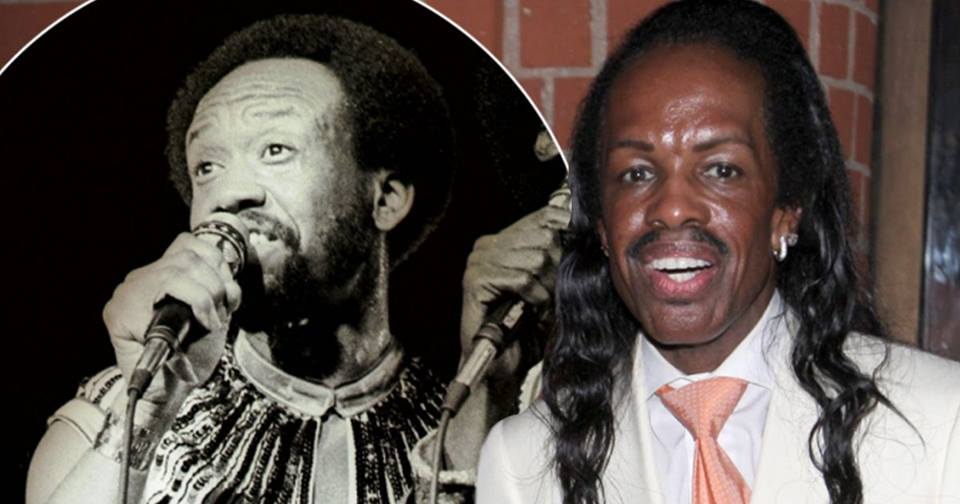 GM – FBF – Today’s story is about a working professional that I had the honor to meet on several occasions. I first met him at a New Year’s Eve party at a dinner club in Philadelphia, PA. back in 1970, I was there to see one of his vocalists that I loved at the time like many others did also, Jessica Marguerite Cleaves who started with “The Friends of Distention.” Some of you youngsters may not know but Earth, Wind and Fire had two female singers in the group when they first started. As time went on they dropped the females and still produced some of the best music ever. Enjoy!

Remember – “We’ve been called the soundtrack of people’s lives. There have been lots of downs, of course but mostly ups. That EW&F is still clicking at least twenty years on and has a life of its own, that the songs have stayed alive – we’re like a good book that people go back to.” – Maurice White

White has been described as a “musical renaissance man” by Allmusic and a “maestro” by Billboard. He was nominated for a total of 22 Grammys, of which he won seven. White was inducted into the Rock and Roll Hall of Fame and the Vocal Group Hall of Fame as a member of Earth, Wind & Fire, and was also inducted individually into the Songwriters Hall of Fame.

White worked with several famous recording artists, including Deniece Williams, the Emotions, Barbra Streisand, and Neil Diamond. He was diagnosed with Parkinson’s disease in the late 1980s, which led him eventually to stop touring with Earth, Wind & Fire in 1994. He retained executive control of the band and remained active in the music business until his death in February 2016.

Earth, Wind and Fire vocalist and co-founder Maurice White died in his sleep in Los Angeles on Wednesday evening. A rep for the band confirmed his passing to Rolling Stone. He was 74.

The singer had been battling Parkinson’s disease since 1992, according to TMZ. His health had reportedly deteriorated in recent months. Because of the disease, he had not toured with the pioneering soul and R&B group since 1994. He nevertheless remained active on the business side of the group.

“My brother, hero and best friend Maurice White passed away peacefully last night in his sleep,” White’s brother and bandmate Verdine wrote in a statement. “While the world has lost another great musician and legend, our family asks that our privacy is respected as we start what will be a very difficult and life changing transition in our lives. Thank you for your prayers and well wishes.”

“The light is he, shining on you and me,” the band added on Twitter.

White, who formed the group with Verdine in 1969, helped innovate a lush, eclectic style with Earth, Wind and Fire that drew inspiration from funk, jazz, R&B and Latin music – as well as Sly Stone and James Brown – for a unique sound that set the tone for soul music in the Seventies. The springy, elastic soul-pop of “Shining Star,” which White co-wrote, earned them their first Number One, and paved the way for hits like the joyful “Sing a Song,” the percussive and brassy “September,” their swinging cover of the Beatles’ “Got to Get You Into My Life” and the robotic disco of “Let’s Groove.” Rolling Stone included the group’s sweetly smooth 1975 single, “That’s the Way of the World,” on its list of the 500 Greatest Songs of All Time.

Earth, Wind and Fire have sold more than 90 million albums around the world, according to The Associated Press. Several of their albums went multiplatinum, including 1975’s That’s the Way of the World, the following year’s Spirit and 1977’s All ‘n’ All. They won six Grammys over the course of their career. In 2000, they were inducted into the Rock and Roll Hall of Fame. The group will be honored with a lifetime achievement award later this month at the Grammys, along with Run-DMC and Herbie Hancock.

Maurice White was born in Memphis on December 19th, 1941, the son of a doctor and grandson of a New Orleans honky-tonk pianist. He moved to Chicago with his family and sang gospel from a young age. He attended the Chicago Conservatory of Music in the mid Sixties and served as a session drummer at Chess Records, where he cut records with Muddy Waters, the Impressions and Billy Stewart. In the late Sixties, he played in the Ramsay Lewis Trio, where he learned kalimba, the African thumb piano which would become a big part of Earth, Wind and Fire’s sound.

White formed the first lineup of Earth, Wind and Fire with Verdine – who sang, played bass and performed percussion – in Los Angeles, naming the group after the elements on his astrological chart. Over the years, White would sing and play the kalimba, drums and produce. They signed to Capitol but switched to Warner Bros. within two years and put out two albums, and they didn’t garner much attention until he brought younger musicians into the lineup. Things changed with Head to the Sky, their 1973 release. It went gold and began a long streak of hits. That’s the Way of the World, the soundtrack to a Harvey Keitel flick that featured the group, contained “Shining Star,” which won them a Grammy, and propelled the band into arenas, where they put on elaborate, striking stage shows. By 1978, they were asked to appear in the movie Sgt. Pepper’s Lonely Heart’s Club Band, where they debuted their hit Beatles cover.

“We had a strong leader,” Verdine told The Telegraph in 2013. “We really looked up to Maurice. … You have to understand that we were 21 years old when we started our journey with Earth, Wind and Fire and Maurice was 31, and so he had done a lot more things than we had. Maurice was interested in establishing a credibility of a different morality about musicians and their lifestyles. So we were into healthy food, meditation, taking vitamins, reading philosophical books, being students of life.”

Throughout the Seventies, White also started a career as a producer, working with the Emotions, Ramsey Lewis and Deniece Williams. He released a solo album, Maurice White, in 1985 and made a hit out his cover of “Stand by Me.”
“You know how hard it is to present Afrocentric Jazz & spiritual positivity in the face of what we had to deal with in the Seventies?” Questlove wrote on Instagram. “When times were hard sometimes the only release you had was music. & if it wasn’t Stevie, you were reaching for your #EarthWindAndFirealbums.”

“Being joyful and positive was the whole objective of our group,” White once said, according to SongwriterUniverse. “Our goal was to reach all the people and to keep a universal atmosphere – to create positive energy. All of our songs had that positive energy. To create uplifting music was the objective.” Research more about this great American musical act and its co-founder Maurice White and share with your babies. Make it a champion day!