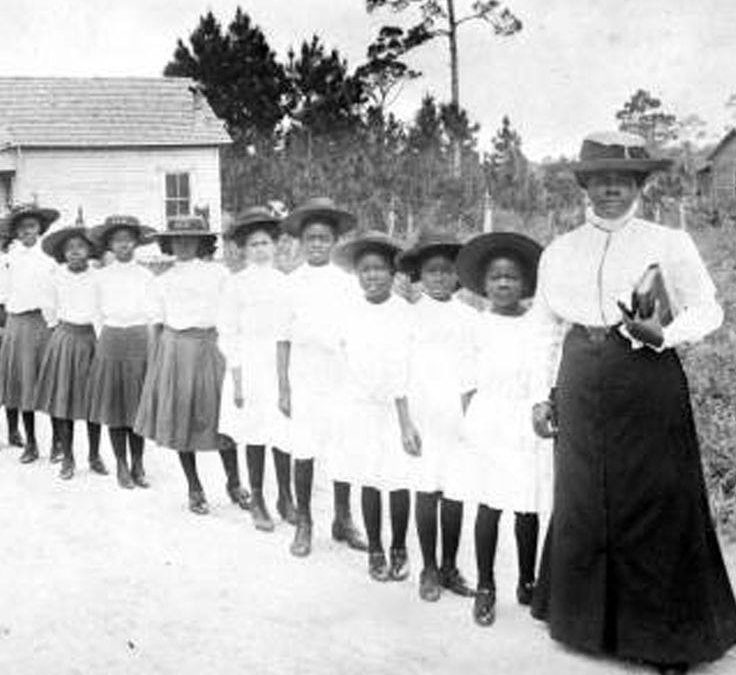 GM – FBF – “The true worth of a race must be measured by the character of its womanhood.” – Mary McLeod Bethune

Remember – “Without faith, nothing is possible. With it, nothing is impossible.” – Mary McLeod Bethune

Today in our History – March 5, 1985 – Mary McLeod Bethune is Honored With Her Image on a U.S. Postage Stamp.

Mary Jane McLeod Bethune (born Mary Jane McLeod; July 10, 1875 – May 18, 1955) was an American educator, stateswoman, philanthropist, humanitarian and civil rights activist best known for starting a private school for African-American students in Daytona Beach, Florida. She attracted donations of time and money, and developed the academic school as a college. It later continued to develop as Bethune-Cookman University. She also was appointed as a national adviser to president Franklin D. Roosevelt as part of what was known as his Black Cabinet. She was known as “The First Lady of The Struggle” because of her commitment to gain better lives for African Americans.

Born in Mayesville, South Carolina, to parents who had been slaves, she started working in fields with her family at age five. She took an early interest in becoming educated; with the help of benefactors, Bethune attended college hoping to become a missionary in Africa. She started a school for African-American girls in Daytona Beach, Florida. It later merged with a private institute for African-American boys, and was known as the Bethune-Cookman School. Bethune maintained high standards and promoted the school with tourists and donors, to demonstrate what educated African Americans could do. She was president of the college from 1923 to 1942, and 1946 to 1947. She was one of the few women in the world to serve as a college president at that time.

Bethune was also active in women’s clubs, which were strong civic organizations supporting welfare and other needs, and became a national leader. After working on the presidential campaign for Franklin D. Roosevelt in 1932, she was invited as a member of his Black Cabinet. She advised him on concerns of black people and helped share Roosevelt’s message and achievements with blacks, who had historically been Republican voters since the Civil War. At the time, blacks had been largely disenfranchised in the South since the turn of the century, so she was speaking to black voters across the North. Upon her death, columnist Louis E. Martin said, “She gave out faith and hope as if they were pills and she some sort of doctor.”

Honors include designation of her home in Daytona Beach as a National Historic Landmark,[3] her house in Washington, D.C. as a National Historic Site,[4] and the installation of a memorial sculpture of her in Lincoln Park in Washington, D.C. The Legislature of Florida is expected to designate her in 2018 as the subject of one of Florida’s two statues in the National Statuary Hall Collection. Research motr about this great American and share with your babies. Make it a champion day!