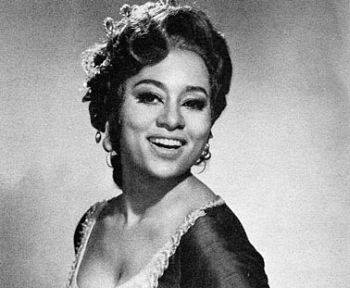 GM- FBF – Creativity is allowing yourself to make mistakes. Art is knowing which ones to keep. – Zoë Dusanne

Today in our History – March 6, 1972 – the Seattle Art Museum honored Zoë Dusanne with an exhibition of contemporary art.

Described by those who knew her as exotic, flamboyant, and colorful, Zoë Dusanne, was an art dealer and collector who opened Seattle’s first professional modern-art gallery, the Zoë Dusanne Gallery, in 1950 and who worked tirelessly to both introduce modern art to a northwest audience and to promote northwest art and artists to a larger international art community.

Dusanne was born Zola Graves on March 24, 1884 in Kansas to Letitia Denny and John Henry Graves, a stonemason. Although she was self-taught with respect to modern art, her artistic bent was nourished early in life by her parents. When the Graves family lived in Iowa at the turn of the 20th century, for example, Letitia took the young Zoë on summer trips to Chicago to attend the theater and to visit the Art Institute of Chicago.

In 1903 Zoë spent one year at Oberlin College followed by a semester at the University of Illinois, Urbana. It was during this time that Zoë met her first husband, George Young, whom she married in 1904. The union produced Zoë’s only child, Theodosia, in 1909. By 1912 Zoë was separated and decided to follow her parents to Seattle. A divorce from George followed after her arrival in Seattle. Zoë’s second marriage, in 1919 to Dr. Frederick Boston, lasted only a few years.

In 1928 Zoë and then teenaged Theodosia left Seattle for New York. Sometime during her residence in New York, Zoë began using the last name Dusanne. While living in Greenwich Village, Zoë’s passion for collecting modern art began in earnest. At the height of the Great Depression Zoë found that artists were the first to feel the impact of hard times, and often sold their works at a fraction of their earlier value. Little by little during these years Zoë amassed a collection of modern art which she brought back to Seattle in 1942.

In 1947 at age 63, Zoë built a home overlooking Seattle’s Lake Union that was specifically designed to double as an art gallery, and on November 12, 1950, Dusanne opened her collection to the public. From the mid-1940s until the late-1950s, Zoë was a force to be reckoned with as she worked to introduce modern art to a Pacific Northwest audience and to promote northwest art internationally. She sold and donated her own works to the Seattle Art Museum (SAM), and facilitated the donation of many others. She lent works to the Henry Art Gallery and to SAM for exhibition. At Zoë’s urging, Life magazine featured the four artists who would later became known as the “mystical” painters of the “Northwest School”—Mark Tobey, Kenneth Callahan, Guy Anderson, and Morris Graves—in its September 28, 1953 issue. The Life magazine article propelled the “Northwest School” to national prominence. Zoë also traveled to Europe persuading Peggy Guggenheim to donate a Jackson Pollock to SAM.

Despite her influence within the greater Seattle community, Dusanne could not stop the 1958 demolition of her home and gallery necessitated by the building of the Seattle Freeway. In 1959 she reopened in a new location but was unable to recapture the luster and glory of her original gallery. In 1964 she closed the gallery permanently spending the remaining few years of her life with her daughter. In 1977, five years after her death on March 6, 1972, the Seattle Art Museum honored Zoë Dusanne with an exhibition of contemporary art that included works by many of the artists whom Zoë had promoted. It was a fitting way to honor a woman whose influence on culture in Seattle was considerable. Research more About this great woman and share with your bibies. Make it a champion day!