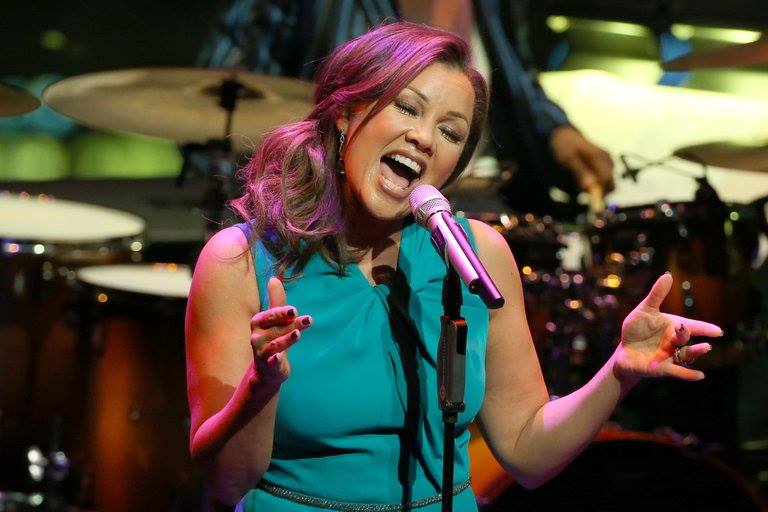 Remember – ” I am lucky to have three daughters who are completely different. I look at my daughters and I have different relationships with all three and there are parts of each personality that are very special.” – Vanessa Williams

Vanessa Lynn Williams is a Grammy nominated singer, former beauty queen and television and film actress. She was born on March 18, 1963 in Bronx, New York but soon moved to a more fashionable neighborhood. Her parents, Milton and Helen Williams, both worked as music teachers and so Williams and her brother Chris were exposed to and surrounded by music from their childhood. She was a talented musician and learnt to play the piano, violin and French horn by the age of 10. Other than playing, singing and songwriting, she also trained as a dancer and planned to become the first African American “Rockettes” dancer. She was a conscientious student and graduated from high school in 1981. She won the “Presidential Scholarship for Drama” and was one of only 12 students to gain admittance at the Carnegie Mellon University theater arts program in Pittsburgh, Pennsylvania. However, she refused their offer and chose to attend Syracuse University in New York.

As a freshman at Syracuse, she took a job as a receptionist and makeup artist for local photographer Tom Chiapel for whom she later posed as a nude model. However, she was not happy with the results of the shoot and did not give permission for publication. While she was studying theater and music at Syracuse, she was offered a candidacy in the “Miss Greater Syracuse pageant” which she initially hesitated to accept, but later did and won with ease. In 1983, she was crowned Miss New York and just 6 months later, she made history by being crowned the first African American “Miss America”. She shot to fame overnight, receiving offers for dozens of product endorsements, $25,000 scholarship prize money and lines of interviews and magazine spreads.

Vanessa is the first African American recipient of the Miss America title when she was crowned Miss America 1984 in September 1983. Several weeks before the end of her reign, however, a scandal arose when Penthouse magazine bought and published unauthorized nude photographs of Vanessa. Vanessa was pressured to relinquish her title, and was succeeded by the first runner-up, Miss New Jersey 1983, Suzette Charles. Thirty-two years later, in September 2015, when Vanessa served as head judge for the Miss America 2016 pageant, former Miss America CEO Sam Haskell made a public apology to her for the events of 1984

Unfortunately however, her fame was rocked by an equally dreadful scandal. The nude photos of her which Chiapel had earlier taken were published in “Penthouse” magazine. This was a huge setback for her career, as the Miss America pageant board asked her to resign her post, and most, if not all of her product endorsements were withdrawn. She was officially allowed to keep her title, but requested not to attend next year’s coronation ceremony. She filed a $500 million lawsuit against Penthouse but later dropped it after several months of futile litigation. She also dropped out of university and chose to try to set her career back on track. Initially, it seemed too daunting a task as she only received minor roles because of her tarnished reputation. However, her public relations expert Ramon Hervey II, who was later to become her husband, managed to find her a worthy role in the 1987 movie “The Pick Up Artist” also starring Molly Ringwald and Robert Downey, Jr.

Williams then signed a record contract with PolyGram and released her first album titled “The Right Stuff” in 1988. The album was certified Gold, and won her the “Best New Female Artist” award from the NAACP. Her second album, “The Comfort Zone,” was released in 1991 and was a phenomenal success. It went triple platinum and received 5 Grammy nominations. The song “Save the Best for Last” from this album is her most popular song to date. Her third album “The Sweetest Days” was released in 1994. It went platinum and received 2 Grammy nominations. All in all, she has 11 Grammy nominations but no wins.

Williams has also appeared in a wide range of television shows and films. Her TV roles include the role of Wilhelmina Slater in “Ugly Betty” and Renee Filmore-Jones in “Desperate Housewives”. Her popular film roles include “Eraser”, “Soul Food”, “Hannah Montana: The Movie” and “Temptation: Confessions of a Marriage Counselor”. She has also worked in theatre, and some of her shows include the musicals “Kiss of the Spider Woman” and “Into the Woods” as well as Tony Award nominated play “The Trip to Bountiful”.

Vanessa Williams has been married twice, first to her agent Ramon Hervey II, with whom she had three children, from 1987 to 1997. Next she married an NBA basketball player named Rick Fox. The marriage lasted from 1999 to 2004 and produced one child. The 51 year old actress has recently announced her third engagement to an accountant named Jim Skip. Reserach more about this American Shero T.V. Star, Movie Star, Theather Star, Model and Songbird. Oscar, Emmy, Tony and Eight GOLD Albums. Share with your babies and make it a champion day!