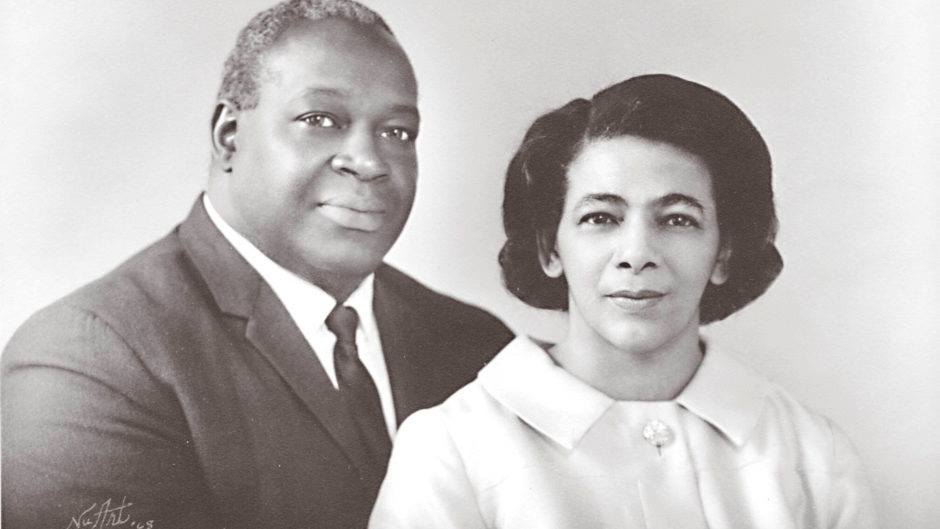 GM – FBF – “If you were Jewish, African American, Japanese, or Chinese, you lived in that neighborhood,” – Lydia Sims

During World War II, Lydia Sims moved from Newark, New Jersey, to Spokane with her husband, James Sims, an Army Air Force soldier stationed at Geiger Airfield. At the end of the war, the Sims family decided to remain in Spokane. For 10 years they lived in the Garden Springs housing project, a complex in west Spokane inhabited primarily by former military families. There they raised their sons, James McCormick and twins Ron and Donald. Lydia Sims’s political views were strongly influenced by racial discrimination, which she vehemently opposed. In the 1960s, as a student at Eastern Washington University, she participated in a movement to desegregate schools in Cheney, Washington. Later, she served on the state’s Human Rights Coalition, the League of Women Voters, the Human Rights Council, and the Washington State Advisory Committee of the U.S. Civil Rights Commission.

In the late 1960s, she became personnel director of the Spokane Community Action Council, an agency that managed Head Start and various community centers. In 1975 she became the city’s affirmative action specialist, and in 1976 joined the newly established Spokane City Affirmative Action Department. She was eventually appointed human resources director for the city of Spokane, the first African American department manager in that city’s history. In this position Sims helped African Americans, women, and other minority groups find opportunities in Spokane’s job market. In the 1980s, Sims became the first African American female branch president of the Spokane National Association for the Advancement of Colored People (NAACP).

After serving in the military, James Sims, who had a bachelor’s degree from Lincoln University and a master’s in history from Gonzaga University, applied for a position with the Washington state Office of Community Development. Although he excelled in the civil service exam for the position, the state denied Sims the job. Sims enlisted the help of renowned Spokane civil rights attorney Carl Maxey and sued the state. He won the case and was employed as a state social worker. He later worked with state employees as a union organizer.

In the 1950s, James Sims served as a minister at the Calvary Baptist Church, and in the mid-1960s, he became pastor of the New Hope Baptist Church. In 1956 Sims was elected president of the Spokane NAACP, replacing James Chase. As president, he often publicly criticized the city for its reluctance to hire African Americans. Sims also exposed restaurants, hotels, automobile repair shops, and banks for not hiring blacks. On March 19, 1969, the Spokane Community Action Council elected Sims president partly because of his year long campaign to get city agencies to hire African Americans.

After James Sims’s death in the 1990s, Lydia Sims retired to Edmonds, Washington, and continued her advocacy. In 2000, with her son, King County Executive Ron Sims, she co-launched the Healthy Aging Partnership, an information and assistance line for the elderly at the Central Area Senior Center in King County. Lydia Sims died on June 23, 2012. Research more thid great american and share with your babise. Make it a champion day!