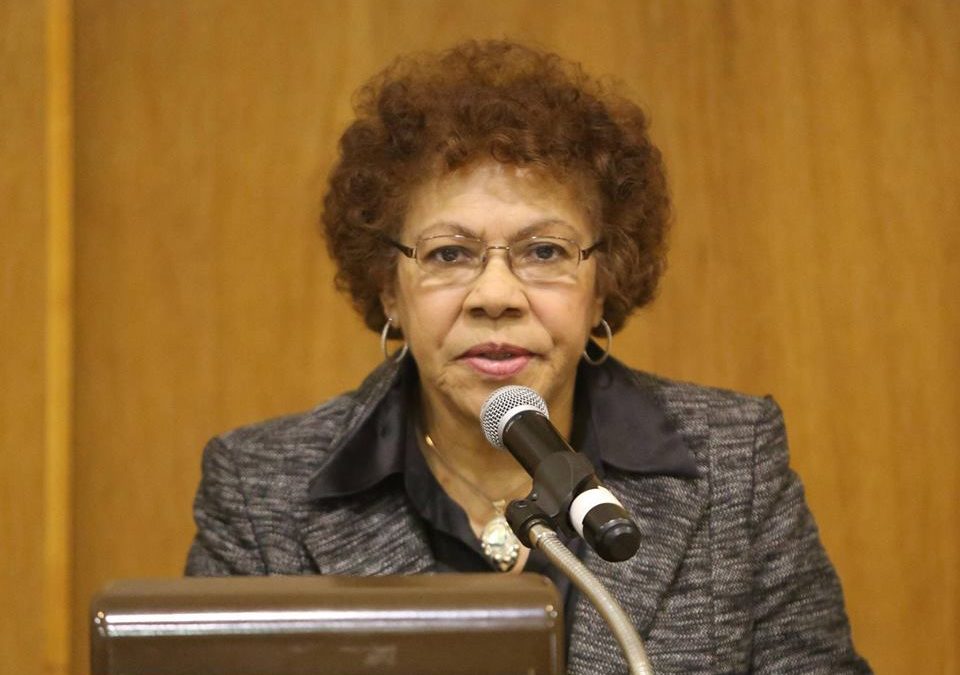 GM – FBF – As we draw to a close of National Woman’s Month it would be remiss of me if I did not reconize our women of Trenton, NJ. and we have many – TRENTON MAKES THE WORLD TAKES!

Remember – “Women have to pay the same amount to buy gasoline or food as men. We don’t get a discount because we are not being paid the same salaries as men,” – (Shirley K. Turner – D- N.J. Senator)

Senator Shirley Kersey Turner (born July 3, 1941) is serving her seventh term in the New Jersey Senate. Prior to serving in the Senate, Shirley served two terms in the Assembly in 1993 and 1995. During the 208th Legislature, Senator Turner became the first woman and first African-American to be elected as Senate President Pro Tempore.

Senator Turner has worked in a bipartisan fashion to build a significant record of legislative accomplishments, working to enhance the health, safety, and well-being of New Jersey’s children, strengthen families, promote public education and affordable health care, develop and support small businesses, and also fostering economic development, and job growth. The breadth of legislation she has sponsored reflects the needs and interests of her diverse district.

Among Senator Turner’s legislative accomplishments, she has created laws to require that the health and safety of a child be the State’s paramount concern in cases where a child is placed outside the home; require criminal history checks of child care center employees, and school employees and volunteers; establish procedures for the placement of a minor child whose caretaker is incarcerated; enhance school bus safety; provide more scholarship opportunities, including allowing students to attend two-year and four-year state colleges at no cost; establish nutrition standards and eye exams for students; and promote mentoring and after-school programs for at-risk youth. Senator Turner has been critical of the State’s practice of placing at-risk children out of state and away from the support of their families. As Chair of the Senate Education Committee, Senator Turner has overseen legislation which has improved education for children in primary and secondary schools and helped to keep New Jersey’s schools among the highest performing in the nation. She has worked to expand public school choice by permanently establishing an Interdistrict Public School Choice program in the Department of Education.

Senator Turner received national acclaim for her efforts to protect jobs by preventing publicly-funded jobs from being outsourced to foreign countries, setting the precedent for 21 other states that followed Senator Turner’s lead. She has also established laws to provide MicroCredit Business loans for women; mandate insurance coverage of minimum hospital stays for mastectomies and child birth; and protect consumers from identity theft, predatory lending, and telemarketing calls. She also pioneered the legislation that eventually established bars and restaurants as smoke-free. Senator Turner has also worked to create increased opportunities for affordable housing and homeownership.

Senator Turner was at the forefront of legislation to abolish the death penalty and worked to create drug court programs statewide for first-time, non-violent offenders to receive treatment instead of incarceration. In the fight against opioid addiction, Senator Turner’s legislation would help to curb addictions and expand treatment opportunities. She has fought to reduce gun and gang crimes and violence by establishing zero tolerance for illegal weapons and ammunition sales and transfers. She has fought to reform unfair and unaffordable motor vehicle surcharge laws, with a goal of restoring drivers’ licenses and removing the barrier to employment. Senator Turner has been a strong voice for government reform. She was the prime sponsor of the legislation that created the clean elections pilot programs and has been active in her support for other ethics and campaign reforms. Her voting record consistently reflects her efforts to reduce patronage and promote efficiency and transparency in government spending. She is continuing the fight to help reform New Jersey’s regressive property tax system and to promote and encourage shared services and consolidation of school districts and municipalities in order to reduce property taxes.

As a career educator, Senator Turner has been dedicated to New Jersey’s youth, helping them to build bright futures. She is a former Trenton public school teacher, a former EOF counselor to disadvantaged youth who are first-generation college students, and a former counselor for the New Jersey Youth Corps to help prepare youth for employment. She is the former Director of Career Services at Rider University, where she worked advising college students and alumni in their career plans. She received a B.S. in education from The College of New Jersey (formerly Trenton State College) and a M.A. in guidance and counseling from Rider University. She earned doctoral credits in education at Rutgers University. Senator Turner is a former Mercer County Freeholder and Freeholder vice president. She and her husband Donald live in Lawrenceville. They have two children, daughter, Jacqueline and son-in-law Gregory and son, Chet and daughter-in-law Tonia, and five grandchildren, Deron, Briana, Bryson, Faith, and Chandler. Research more about this great American and share with your babies. Make it a champion day!