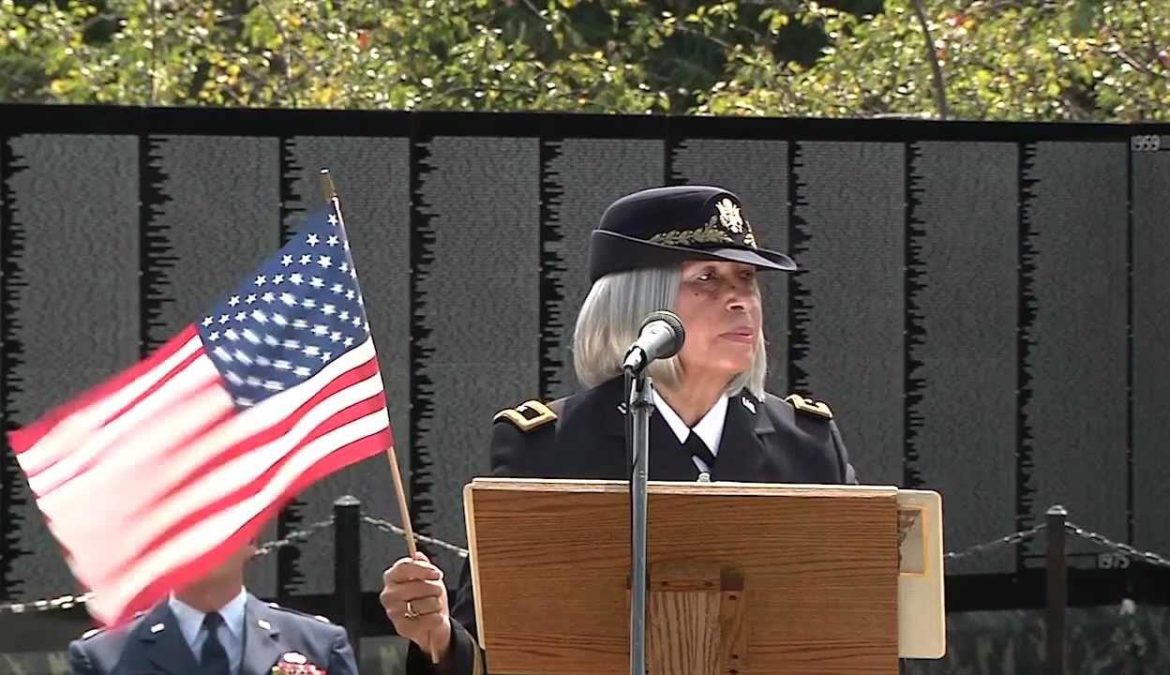 GM- FBF – “Deal with yourself as an individual worthy of respect, and make everyone else deal with you the same way.” – Nikki Giovanni

Remember – “It’s not the load that breaks you down, it’s the way you carry it.” – Lena Horne

Today in our History – April 21,1985 – The first Black Woman Brigadier General. Brigadier General Sherian Grace Cadoria was born January 26, 1943 in Marksville, Louisiana. A retired United States Army officer and the first African American female to achieve the rank of General in the Army, Cadoria was also the highest-ranking female in the army at the time of her retirement. After a distinguished 29-year military career, Cadoria retired as Brigadier General in 1990.

Majoring in Business Education, Cadoria attended Southern University Baton Rouge, and was selected by the Women’s Army Corps to represent the university at the College Junior program in her junior year. Cadoria spent four weeks at Fort McClellan in Alabama in the summer of 1960, experiencing firsthand the life of an enlisted soldier. Following her studies at SU, she enlisted and received her commission as a Second Lieutenant in the Women’s Army Corps.

When training in Fort McClellan, Cadoria encountered the first of her many obstacles due to her gender and race. In an interview with Essence Magazine in April of 1990, she recalled, “When I started in the Army in 1961, there were jobs a black, by unwritten code, could not do.” said Cadoria. “I can never foget that the coveted position of Platoon Leader… was denied me because a black could not carry out all the duties the job entailed. Specifically, in Anniston, Alabama, a black could not take the troops off the installation because of Jim Crow laws.” Cadoria finished.

On April 21,1985, Cadoria was promoted to the rank of Brigadier General, and later became the first black female director of Joint Chiefs of Staff. Regarding her status as a black female in what was a predominantly white male community, Cadoria was quoted saying, “I’ve gotten more pressure from being female in a man’s world, than from being black. I was always a role model. I had responsibility not just for black women, but black men as well.”

Cadoria has been recognized as one of the Top 10 Black Business and Professional Women, and has received the NAACP’s Roy Wilkens Meritorious Service Award and the National Athena Award. On November 11, 2002, she became the first woman and the first African American inducted into the Louisiana Veterans Hall of Honor. Additionally, Cadoria is a member of the Louisiana Black History Hall of Fame and the Louisiana Justice Hall of Fame. Research more about black woman in the milatrary and share with your babies. Make it a champion day!