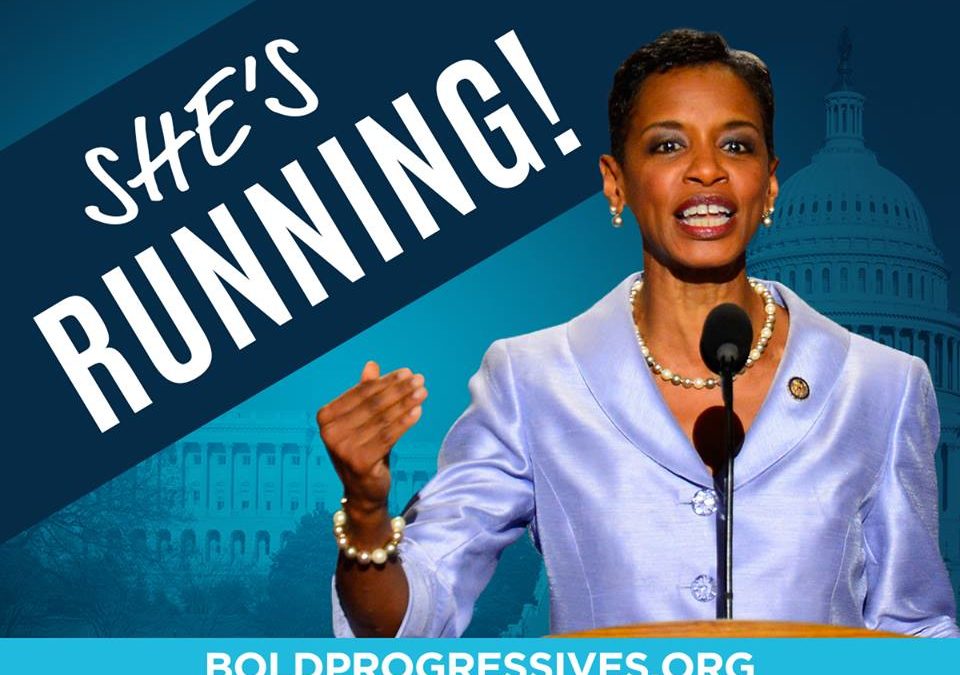 GM – FBF – Last day of executive meetings and tomorrow I can start responding to your words about the posts. Today, we remember a brave black women who protested something she felt was wrong. Enjoy!

Remember -“Power is getting things done without having to demonstrate that you can bulldoze it through. I’m most effective when I’ve studied an issue, when I can make a credible argument, and then bring people along.” -( U.S. Congresswoman 4th District MD. – Donna Edwards)

Donna Edwards is a Democratic member of U.S. House of Representatives, representing the 4th Congressional District of Maryland since 2008. Early in 2009 she was among a group of U.S. Congress members who were handcuffed and arrested while protesting the expulsion of aid groups from Darfur in front of the Sudanese Embassy in Washington, D.C.

Edwards earned her BA from Wake Forest University where she was one of six African American women in her class. She later earned a JD from Franklin Pierce Law Center in New Hampshire. Prior to her political career, she worked as a systems engineer with the Spacelab program at Lockheed Corporation’s Goddard Space Flight Center. During the 1980s, Edwards worked as a clerk for then district judge Albert Wynn when he served in the Maryland House of Delegates.

Edwards also was involved in numerous community organizations prior to entering political office. She co-founded, chaired, and served as the first executive director of the National Network to End Domestic Violence, a legal support and advocacy group for battered women. She was instrumental in helping to pass the 1994 Violence Against Women Act. Edwards also headed the Center for a New Democracy and was a lobbyist for the nonprofit Public Citizen organization. Edwards participates on numerous nonprofit boards including Citizens for Responsibility and Ethics in Washington, Common Cause, and the League of Conservation Voters. Since 2000, she has served as executive director of the Arca Foundation.

After a controversial Democratic primary loss to Rep. Albert Wynn in 2006 in which there were substantial problems with the voting process, she defeated Wynn in the primary in 2008. Later that year, she filled the congressional seat after winning a special election when Wynn resigned mid-term. She serves on the Transportation and Infrastructure Committee, the Science and Technology Committee, and the Tom Lantos Human Rights Commission.

On April 27, 2009, Edwards was arrested outside the Sudanese Embassy in Washington D.C., during a protest against genocide in Darfur. She and four other members of Congress were protesting the blocking of aid to victims.