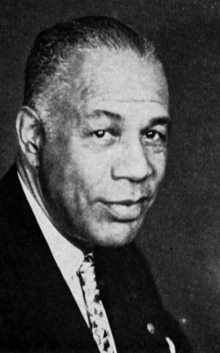 GM – FBF – I enjoyed seeing my Father’s side of the family but travel from Trenton, NJ to Perry, GA. still in the late 50’s was tough driving straight through. My Father before he took sick in Dec. ’61 and died in April ’63 only used the Green Book for emergencies.

Remember – ““There will be a day sometime in the near future when this guide will not have to be published. That is when we as a race will have equal opportunities and privileges in the United States. It will be a great day for us to suspend this publication for then we can go wherever we please, and without embarrassment.” – Victor Green

Today in our History – April 8, 1936 – In time for the spring/summer traveling season. The Negro Motorist Green Book, popularly known as the Green Book, was a travel guide intended to help African American motorists avoid social obstacles prevalent during the period of racial segregation, commonly referred to as Jim Crow. The Green Book listed businesses that would accept African American customers.
The book was the vision of Victor Green, an African American US postal employee from Harlem, New York. The first guide focused on Metropolitan New York. The next year, in 1937, Green expanded listings to other locations. His book would eventually include every state and several international destinations before ceasing publication in 1964. Before its demise the book was the most popular of several tourist guides created specifically for an African American audience.

These types of travel guides were necessary during the Jim Crow era because African Americans were subject to acts of discrimination and occasional intimidation as many businesses refused to accept them as customers. African American motorists, for example were warned to avoid sundown towns which required minorities to be outside the city limits before sundown, hence the name. African American travel could be fraught with risk and guides like the Green Book were an important resource.

The Green Book also provided a service that made lodging reservations for clients. The listings were verified annually to ensure accuracy. In addition to business listings, the books included travel articles, driving tips, and essays highlighting locations of interest. An important sponsor for the Green Book was the Esso Standard Oil Company, which distributed the books and solicited African American customers through them.

The guide’s format varied and early versions listed a variety of businesses such as hotels, tourist homes, restaurants, barber shops, beauty parlors, service stations, and taverns. As the geographic scope of the guide expanded, entry types were reduced. For example, between 1949 and 1959, listings expanded to all 48 states, with a 13% increase in the number of cities. However, the 1959 Green Book listed only hotels, motels, and tourist homes.

Calvin Alexander Ramsey, book author and playwrite wrote a book “Ruth and the Green Book” and a play “The Green Book – A Play” and started a documentary film on the Green Book which he wanted to do a major film on but competition from other media sources has scaled that project back. You can find on you tube and other outlets mant stories about that time in American History and what black people went through to travel.

Green wrote that his book would not be necessary “when we as a race will have equal opportunities and privileges.” He died in 1960 and the last edition of his guide was published in 1964. The 1956 creation of the national highway system diminished the need for these travel guides because highways minimized contact with local communities, decreasing chances for discrimination against African American motorists. Eventually, the passage of the 1964 Civil Rights Act made the Green Book and similar publications obsolete, just as Green predicted. Research more about the Green Book or watch a video on youtube and share with your babies. Make It A Champion Day!