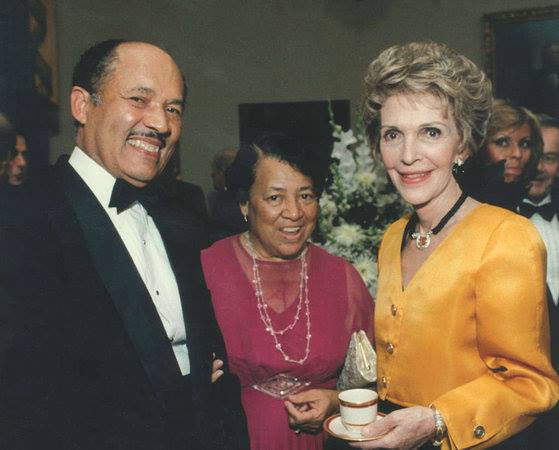 GM – FBF – To see and hear what your nation is thinking and doing as it happens, now that is a fly on the wall.

Today in our History – January 28, 2013 – The movie “The Butler” is finished and ready for market. Eugene Allen was a distinguished butler for the White House who served under eight presidents, including Harry S. Truman, John F. Kennedy and Ronald Reagan.

Born on July 14, 1919, in Scottsville, Virginia, Eugene Allen was an African-American butler who served under eight U.S. presidents, including Harry S. Truman, John F. Kennedy and Jimmy Carter. He witnessed firsthand some of history’s major events, as well as the changing perspectives on race in political arenas. Known as having been a modest man, Allen is the subject of the 2013 film The Butler. He died in 2010 in Washington, D.C.

Eugene Allen was born on July 14, 1919, in the town of Scottsville, Virginia. Growing up during the time of horrific Southern segregation and Jim Crow laws, Allen made his way to adulthood and found work as a waiter, first at a Virginia resort and then at a Washington, D.C., country club. By the early 1950s, Allen had landed a job at the White House as a pantry worker and was eventually promoted to the position of butler.

Allen met his future wife, Helene, at a 1942 D.C. birthday party; she tracked down the shy bachelor’s number and gave him a call. They wed the next year and would go on to have a son, Charles.

Allen served under eight U.S. presidents, beginning with Harry S. Truman. As a result, Allen had intimate knowledge of the inner goings-on of the White House. He heard both enlightened and offensive presidential remarks concerning race, and observed a gradually growing African-American presence among executive staff.

Allen, who went by the nickname Gene, was held in the highest regard by many and was noted to have an unassuming, humble spirit, bestowing his colleagues with excellent service and becoming quietly entwined in history’s notable moments. He was invited to President John F. Kennedy’s funeral after his assassination, but even while deeply mourning chose instead to remain at the White House to serve attendees as they came in from the services.

In the course of his work, Allen met famous people like civil rights leader Dr. Martin Luther King Jr. and composer Duke Ellington, flew to Europe with President Richard Nixon and traveled with President Jimmy Carter to Camp David. He and President Gerald Ford shared the same birthday, and Allen was celebrated at the official festivities as well.

Allen was promoted to maître d’ during the Reagan Administration, and one year first lady Nancy Reagan invited him to attend as a guest a state dinner for West German Chancellor Helmut Kohl. Allen retired in 1986.

Helene died in the fall of 2008, she and Eugene having been married for 65 years. She passed right before Barack Obama was elected president. Allen received a VIP invitation to Obama’s inauguration with a Marine guard escort. He cried as he beheld the ceremony, thinking back on the harsh days of segregation. “You wouldn’t even dream that you could dream of a moment like this,” he told the Washington Post.

Though he received many requests to become a public figure via speaking engagements or book deals, Allen declined and remained private. He died at the age of 90 on March 31, 2010, from renal failure. He was survived by his son, Charles Allen, and several grandchildren and great-grandchildren.

Eugene Allen’s life is the focus of the 2013 film The Butler, directed by Lee Daniels, and starring Forest Whitaker as the title character and Oprah Winfrey as his wife. The film’s large supporting cast includes Mariah Carey, Jane Fonda, Cuba Gooding Jr., Lenny Kravitz, Vanessa Redgrave, Alan Rickman and Robin Williams, among others. Research more about this great American and tell your babies. Make it a champion day!