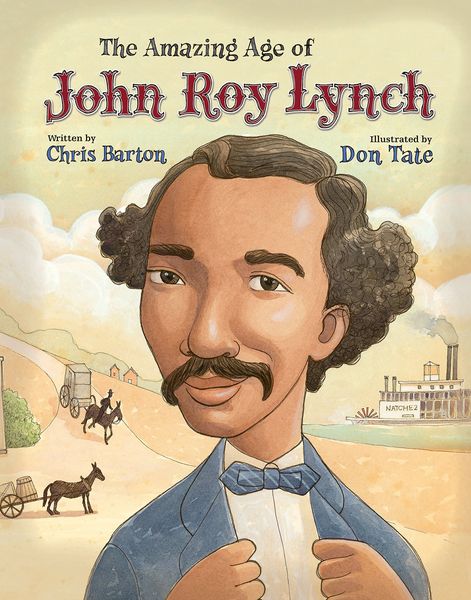 GM – FBF – Today’s American Champion was a Black Republican politician, writer, attorney and military officer. Born into slavery in Louisiana, he became free in 1863 under the Emancipation Proclamation. His father was an Irish immigrant and his parents had a common-law marriage.After serving for several years in the state legislature, in 1873 he was elected as the first African-American Speaker of the Mississippi House of Representatives; he was the first Black man (considered so) to hold this position in the country. During Reconstruction after the American Civil War, he was among the first generation of African Americans from the South elected to the U.S. House of Representatives, serving from 1873 to 1877 and again in the 1880s.Faced with increasing restrictions in Mississippi, he studied law, passed the bar, and returned to Washington, DC to set up a practice.After Democrats regained power in the state legislature following Reconstruction, in 1890 they disenfranchised most blacks in the state (who were a majority of the population) by a new constitution that raised barriers to voter registration.Then in his 50s, he studied law; he was admitted to the Mississippi bar in 1896. Seeing the effects of disenfranchisement, he left the state and returned to Washington, DC to practice law. He served in the United States Army during the Spanish–American War and for a decade into the early 1900s, achieving the rank of major. After retiring, he moved to Chicago, Illinois, where he lived for more than two decades. After his military service, he was active in law and real estate in Chicago.Beginning in 1877, when Reconstruction ended with the federal government withdrawing its troops from the South, he wrote and published four books: these analyzed the political situation in the South during and after Reconstruction. He is best known for his book,The Facts of Reconstruction (1913). It is available online at the Gutenberg Project. In it, he argued against the prevailing view of the Dunning School, conservative white historians who downplayed African-American contributions and the achievements of the Reconstruction era. He emphasized how significant was the ratification of the 14th and 15th Amendments to the Constitution, which granted full citizenship to all persons without restriction of race or color, and suffrage to minority males.Today in our History – November 2, 1939 John Roy Lynch died.John Roy Lynch, congressman, soldier, and author was born in Concordia Parish, Louisiana on September 10, 1847 to Patrick Lynch, an Irish immigrant and Catherine White, a slave. Lynch’s father died soon after his birth. Lynch and his mother were then traded to a plantation in Natchez, Mississippi. During the Civil War, Lynch became free when he fled the plantation to serve as a cook for the 49th Illinois Volunteer Regiment.During Reconstruction, Lynch joined the Republican Party in Mississippi. After working as assistant secretary for the Republican State Convention, Lynch became the Justice of the Peace in Natchez County, Mississippi. In November 1869 at the age of 22, Lynch was elected to the Mississippi House of Representatives. Three years later, in 1872 he was named Speaker of the House.Later in 1872, Lynch ran for a seat in the United States House of Representatives. He was elected, winning more than fifty percent of the popular vote. In Congress Lynch was known primarily for his support of a civil rights measure that eventually became the Civil Rights Act of 1875. During his congressional campaign in 1874,Lynch voiced concern for racist white Democrats attacks on black Republicans in Mississippi, a prelude to the bloody Mississippi gubernatorial campaign of 1875 where hundreds of black and white Republicans were killed. Despite those violent tactics which reduced the Republican vote in the state, Lynch managed to be re-elected to Congress in 1874 and 1876.During his third term, however, he was increasingly isolated from the state’s other political leaders, virtually all of whom were white Democrats. Despite intense opposition from Democrats, Lynch was reelected in 1880. Because the Democrats disputed the election, he fought for over a year (half his term) before Congress finally seated him. During his remaining year in Congress, he continued to support civil rights legislation. Lynch was defeated for re-election in 1882 by Natchez judge Henry S. Van Eaton, a Democrat. He ran unsuccessfully for Congress again in 1884 and 1886.In 1884, Lynch was nominated to the honorific position of Temporary Chair of the Republican National Convention held that year in Chicago. That same year he married Ella Somerville and they had daughter. In 1897 Lynch passed the Mississippi Bar and opened a law office in Washington, D.C.In 1898 President William McKinley appointed Lynch a major in the U.S. Army and paymaster of volunteers during the Spanish-American War. After divorcing his wife in 1900, Lynch served in Cuba for three years and then later in Philippines, Hawaii, and San Francisco (California). He retired from active duty in 1911, returning home to Natchez where he married Cora Williamson. The couple relocated to Chicago.Although Lynch periodically practiced law in Chicago, he was increasingly concerned about the negative and inaccurate portrayal of blacks in Reconstruction being generated by white scholars. He became an author and historian to set the record straight.Lynch wrote The Facts of Reconstruction in 1913. He followed his book with articles in the Journal of Negro History in 1917 and 1918. In 1922, he began writing Reminiscence of an Active Life: The Autobiography of John R. Lynch. While editing his autobiography, John R. Lynch, the last surviving black congressman of the Reconstruction era, died in Chicago on November 2, 1939 at the age of 92. His book was published posthumously in 1970. Research more about this great American Champion and share it with your babies. Make it a champion day!