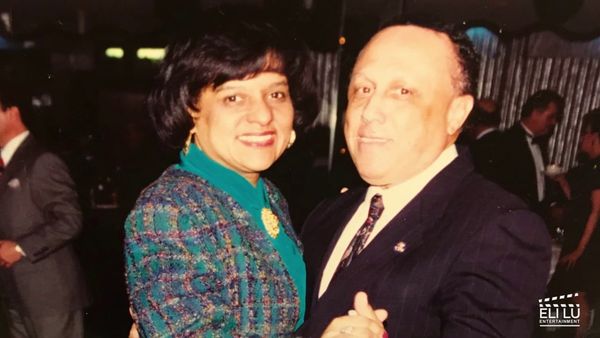 GM – FBF – Today’s American Champion was an American politician. He served as a member of the Pennsylvania House of Representatives from 1973 to 1975, Philadelphia City Council from 1975 to 1991 and the United States House of Representatives from 1991 to 1995.He was a member of the Democratic Party.Today in our History – November 5, 1991 – Lucien Edward Blackwell won a special House election.Lucien E. Blackwell, U.S. Congressman and labor official, was born in Whitset, Pennsylvania. He attended West Philadelphia High School, but left before obtaining his diploma. Blackwell also served in the United States Armed Forces during the Korean War, and received the National Defense Service Medal with two Bronze Service Stars and a Meritorious Unit Commendation.Lucien Blackwell lacked formal higher education, but he persevered through the “school of hard knocks.” He first found employment working on the waterfront of Philadelphia. Beginning as an unskilled laborer, he gradually moved up to foreman, and then vice president, business agent and eventually, in 1973, president of Local 1332, International Longshoreman’s Association of the AFL-CIO. Blackwell served in this capacity until 1991. Blackwell also served as Chairman of the Philadelphia Gas Commission. He made history by rejecting three requests by the Philadelphia Gas Works to increase gas rates. These rejections prompted Philadelphia Gas to reorganize and reduce its management operations for the first time in the history of the Philadelphia utility.In 1972 Blackwell was elected to the Pennsylvania Legislature. During his term as a state representative (1973-1975), he sponsored Resolution 67 aimed at controlling the gang problem infesting Philadelphia. The resolution brought a legislative panel to Philadelphia to investigate the city’s gang wars and led to the creation of the Crisis Intervention Network, which received nationwide acclaim for its anti-crime and anti-gang programs.Blackwell left the Pennsylvania House of Representatives in 1975 to begin his sixteen-year tenure as a member of Philadelphia’s City Council. As a city councilman he led a campaign against graffiti by allowing the best of the young artists to paint murals on walls throughout the city. He unsuccessfully fought the closing of the Philadelphia General Hospital, and initiated a $50 million program for the homeless which was the first in the nation. Blackwell also engaged in a very public fast for six weeks to call attention to the inadequate maintenance of housing projects by the Philadelphia Housing Authority. During his tenure Blackwell also ran for mayor twice, in 1979 and 1991, but was defeated on both occasions.When 2nd District Congressman William H. Gray resigned his office to become president of the United Negro College Fund in September 1991, Blackwell entered the race to replace him. Blackwell won a special House election on November 5, 1991 and pronounced that he would “not become a big shot” and he “hoped God will rip out my eyes and pull out my tongue and throw it to the four winds” if he ever failed to adhere to the people’s needs.In the Congress, Blackwell sat on the Public Works and Transportation and the Merchant Marine and Fisheries Committee and the Sub-committee on Economic Development, where he was vice chairman. Blackwell was also appointed by President Bill Clinton to a special task force to deal with the “crisis of hopelessness” in the nation.Blackwell also developed a reputation in Congress as an ardent supporter of national health care reform and of tougher laws against illegal drug traffickers and users.In the regular election in 1992, Blackwell won a full term, defeating Secretary of State C. Delores Tucker by a margin of 54% to 46%. Two years later, Chaka Fattah, a charismatic member of the Pennsylvania Senate, who had lost to Blackwell in the special election of 1991, challenged the incumbent Blackwell. Although Blackwell had the endorsements of Philadelphia mayor (and later Pennsylvania Governor) Ed Rendell and Council President John Street, Fattah was endorsed by the Black Clergy of Pennsylvania and by influential state senator Hardy Williams. In the 1994 election, Fattah defeated Blackwell by a margin of 58% to 42% of the votes cast. Former Congressman Lucien Blackwell died in Philadelphia on January 24, 2003 at the age of 71. Research more about this great American champion and share it with your babies. Make it a champion day!