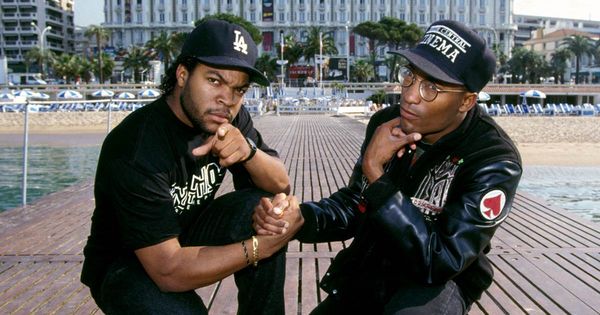 GM – FBF – Today’s American Champion was an American film director, screenwriter, producer, and actor. He was best known for writing and directing Boyz n the Hood (1991), for which he was nominated for the Academy Award for Best Director, becoming, at age 24, the first African American and youngest person to have ever been nominated for that award. He was a native of South Los Angeles, and many of his films, such as Poetic Justice (1993), Higher Learning (1995), and Baby Boy (2001), had themes which resonated with the contemporary urban population. He also directed the drama Rosewood (1997) and the action films Shaft (2000), 2 Fast 2 Furious (2003), and Four Brothers (2005). He co-created the television crime drama Snowfall. He was nominated for the Primetime Emmy Award for Outstanding Directing for a Limited Series, Movie, or Dramatic Special for “The Race Card”, the fifth episode of The People v. O.J. Simpson: American Crime Story.Today in our History – January 6, 1968 – John Daniel Singleton (January 6, 1968 – April 28, 2019) was born.Singleton was raised near the violence-ridden south-central section of Los Angeles. While studying screenwriting at the University of Southern California, he won several writing awards, which led to his signing a contract with the Creative Artists Agency well before his 1990 graduation. As a student, Singleton wrote a coming-of-age screenplay— titled Boyz n the Hood—that chronicled the lives of three childhood friends growing up in the south-central area amid poverty and gang violence. It was filmed by Columbia Pictures and starred Cuba Gooding, Jr., Laurence Fishburne, and rapper-turned-actor Ice Cube. The film received widespread critical acclaim, rapidly accumulating accolades and awards. Singleton was nominated for Academy Awards for best screenplay and best director, making him the first African American to be nominated for the best director honor.He followed up this success by directing pop superstar Michael Jackson in the music video for “Remember the Time” (1992). His next film, Poetic Justice (1993), starred Jackson’s sister, singer Janet Jackson. Singleton’s other films included Higher Learning (1995), a drama investigating a variety of social issues as it follows the lives of three college freshmen (1993); Rosewood (1997), based on a true story of racial violence in Florida in the 1920s; a remake of the landmark blaxploitation film Shaft (2000); the action film 2 Fast 2 Furious (2003); and Four Brothers (2005), starring Mark Wahlberg and Tyrese Gibson.In the 2010s Singleton began working in television, and he directed episodes of such shows as Empire, The People v. O.J. Simpson: American Crime Story, and Billions. He co-created Snowfall (2017– ), which centers on the crack epidemic in 1980s Los Angeles. Research more about this great American Champion and share it with your babies. Make it a champion day!