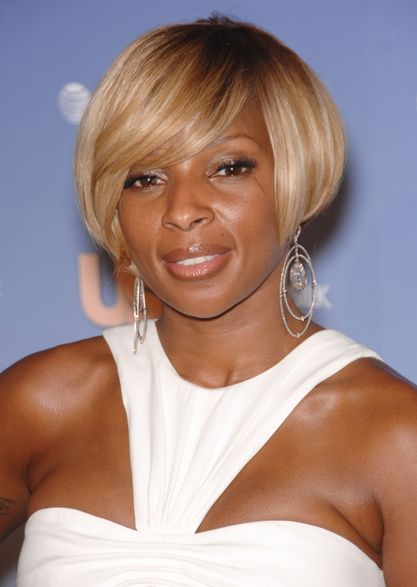 GM – FBF – Today’s American Champion is an American singer-songwriter, actress, and philanthropist. Her career began in 1991 when she was signed to Uptown Records. She went on to release 13 studio albums, eight of which have achieved multi-platinum worldwide sales.She has sold 50 million albums in the United States and 80 million records worldwide. She has won nine Grammy Awards, four American Music Awards, twelve Billboard Music Awards and has also received three Golden Globe Award nominations, including one for her supporting role in the film Mudbound (2017) and another for its original song “Mighty River”. Furthermore, she also received a nomination for the Academy Award for Best Supporting Actress and Best Original Song, becoming the first person nominated for acting and songwriting in the same year.In 1992, she released her debut album, What’s the 411? Her 1994 album My Life is among Rolling Stone’s 500 Greatest Albums of All Time, and Time magazine’s All-Time 100 Albums. She received a Legends Award at the World Music Awards in 2006, and the Voice of Music Award from ASCAP in 2007. Billboard ranked her as the most successful female R&B/Hip-Hop artist of the past 25 years. In 2017, Billboard magazine named her 2006 song “Be Without You” as the most successful R&B/Hip-Hop song of all time, as it spent an unparalleled 15 weeks atop the Hot R&B/Hip-Hop Songs chart and over 75 weeks on the chart. In 2011, VH1 ranked her as the 80th greatest artist of all time. In 2012, VH1 ranked her at number 9 in “The 100 Greatest Women in Music” list. She has also made a successful transition to both the small and silver screens, with supporting roles in films such as Prison Song (2001), Rock of Ages (2012), Betty and Coretta (2013), Black Nativity (2013), her Oscar and Golden Globe-nominated breakthrough performance as Florence Jackson in Mudbound (2017), Trolls World Tour (2020), Body Cam (2020) and starring as Dinah Washington in the upcoming Aretha Franklin biopic Respect (2021). In 2019, she starred in the first season as Cha Cha in the Netflix television series The Umbrella Academy. She currently stars as Monet Tejada in the spin-off of the highly rated TV drama Power in Power Book II: Ghost.Today in our History – January 11, 1971 Mary Jane Blige (/blaɪʒ/; born January 11, 1971)Mary Jane Blige is an American singer, songwriter and actress who has been making hit records for almost 25 years. She was born on January 11, 1971 in the Bronx, New York to Cora and Thomas Blige.She grew up in a very neglected and disastrous neighborhood and her childhood was marked by violence, abuse and drugs. Her mother was an alcoholic and her father suffered from severe post-traumatic stress disorder after serving in the Vietnam War. Thomas Blige would often beat his wife and left the family when Blige was 4, but reappeared sometimes and almost certainly abused his wife on those occasions. Blige and her mother moved to a public housing project to escape her father, but this turned out to be no better. Blige was sexually abused as a child by some friends that her mother trusted her with, but who took advantage of her when she was just 5 years old.Mary J. Blige became a devout Christian from a young age and talked about the feeling of security she felt when she was at church. She joined the church choir and sang hymns to soothe herself. However, by the age of 16 she had succumbed to the negative influences in her environment and turned to sex, drugs and alcohol as a means of escape.During this time, one of her karaoke performances that had been recorded on tape reached Andre Harrell, the CEO of Uptown Records. He was instantly enthralled with Blige’s voice and signed her on to the label. She began singing backup at first, but soon started working with a talented young music producer named Sean “Puffy” Combs.She released her debut album in 1992, titled “What’s the 411?”. The album was a huge success with hit singles such as “You Remind Me” and “Real Love” and sold more than 3 million copies.Her second album was released in 1994, and was titled “My Life”. Blige was involved in writing almost all of the songs on the album. The biggest hit on this album was the song “I’ll be There For You/You’re All I Need to Get By” which was a duet sung with the singer Method Man of the band Wu-Tang Clan. The song won her the first Grammy award for Best Rap Performance by a Duo or Group. She released an album in 2001, titled “No More Drama” which was followed by her 2003 album “Love & Life”. Her most popular album to date, however, has been “The Breakthrough” which was released in 2005. The album sold more than 7 million copies globally and was nominated for 8 Grammy awards of which it won 3. This was followed by “Growing Pains” in 2007 and “Stronger with Each Tear” in 2009. Blige has also ventured into acting, such as the film “I Can Do Bad All By Myself” and “Betty & Coretta” as well as the musical “Rock of Ages”.Blige had led an unhappy life and became deeply addicted to cocaine and alcohol. Her outlook on life changed when she fell in love with a music executive named Kendu Isaacs. Isaacs tried to steer her in the right direction and took her away from her life of addiction and depression. They were married in 2003 and Blige took charge of his 3 children from a previous relationship. In 2011, she released the album “My Life: Part II … The Journey Continues”. She also has her own record label by the name of “Matriarch Records” as well as her own perfume and a line of sunglasses.Mary J. Blige is a greatly talented and respected performer who is often titled the “Queen of Hip-hop Soul” for her contributions to the fusion of the two genres. Research more about this great American Champion and share it with your babies. Make it a champion day!