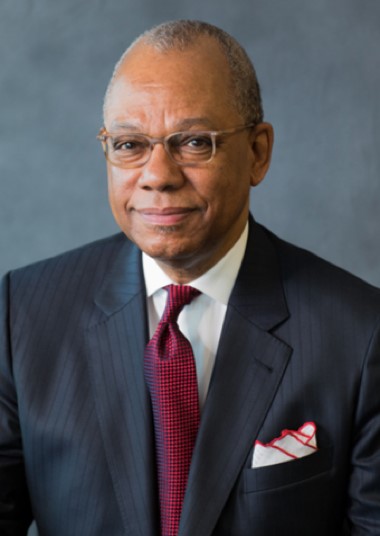 GM – FBF – Today’s American Champion is President of State University of New York College at Old Westbury and Pastor of the nationally renowned Abyssinian Baptist Church in the City of New York.Today in our History – July 19, 1949 -Dr. Calvin O. Butts, III, becomes the first black president of State University of New York College at Old Westbury.As President of The College at Old Westbury, Dr. Butts works continuously to create an invigorating atmosphere dedicated to academic excellence and the development of leadership qualities in students. Through its broad multidisciplinary liberal arts programs, the College confers undergraduate degrees in more than 40 majors leading to Bachelor of Arts and Bachelor of Science degrees and 15 graduate offerings.Since being named Old Westbury’s President in September 1999, Dr. Butts has reinvigorated among the most diverse public college campuses in America. He is determined to prepare Old Westbury students to succeed in the global marketplace while fostering in each leadership qualities that will prove valuable to both themselves and the communities in which they live.In working to enable Old Westbury to achieve its fullest potential, Dr. Butts has guided the campus to its largest enrollment in 15 years, added full-time faculty, and expanded the services it provides to support and aid students. Under his leadership, the College earned accreditation from the National Council for Accreditation of Teacher Education and created its first-ever graduate programs, which now include Master of Science degrees in Accounting and Taxation, and Master of Arts and Master of Science degrees in Adolescence Education in the following disciplines: Biology, Chemistry, English Language Studies, Mathematics, Social Studies and Spanish. Dr. Butts has also overseen the College’s investment of more than $4 million in cutting-edge technologies, the introduction of five new residence halls and a new Student Union, and the financing and development of a $72 million academic building scheduled to open on campus in 2012.A native of New York City, Dr. Butts earned his Bachelor of Arts degree in Philosophy from Morehouse College in Atlanta, Georgia. He returned to New York and earned a Master of Divinity Degree in Church History from the Union Theological Seminary, and a Doctor of Ministry in Church and Public Policy from Drew University. He has taught Urban Affairs and served as an Adjunct Professor in the African Studies Department at City College, New York. He has also taught Black Church History at Fordham University. Sought after internationally for his comments on social, religious, educational and ethical issues, Dr. Butts has conducted speaking engagements before a vast array of colleges and universities, business and professional organizations, religious congregations, and governmental agencies throughout his career.Along with his Presidency at the College at Old Westbury, Dr. Butts continues as pastor of the Abyssinian Baptist Church in the City of New York — among the most historic churches in the nation. Under his leadership, Abyssinian Baptist Church is committed to playing an active role in the ongoing development of its New York City home.Dr. Butts was also instrumental in establishing the Thurgood Marshall Academy for Learning and Social Change – a public, state-of-the-art, intermediate and high school in Harlem, and he is the visionary behind the Thurgood Marshall Academy Lower School, which opened in September 2005.In addition to his professional and religious avocations, Dr. Butts serves as Chairman of the Board of Abyssinian Development Corporation, Youth On the Move, and Blue Nile Passage, Inc. He also serves as a member of the leadership boards of The Long Island Association, The Levin Institute, Sustainable Long Island, the Boy Scouts of America-Theodore Roosevelt Council, The Long Island Housing Partnership, the American Baptist College in Nashville, Tenn., New Visions for Public Schools, and the Long Island Regional Advisory Council on Higher Education. In July 2011, he was named by New York State Governor Andrew Cuomo to serve on the Long Island Regional Economic Development Council, which will redesign the relationship between the state government and businesses to stimulate regional economic development and create jobs.He is a member of the Presidential Advisory Council on HIV/AIDS, is chairman of the Board of the National Black Leadership Commission on AIDS (NBLCA) and a founding member of the organization’s Board of Commissioners.He has served as President of Africare NYC, an independent organization dedicated to the improvement of the quality of life in rural Africa. He has also served as a member of the board of the September 11th Fund. Dr. Butts has been presented with honorary degrees from Addis Ababa University, Addis Ababa, Ethiopia, the City University of New York/The City College of New York, New York City; Claflin College, Orangeburg, South Carolina; Dillard University, New Orleans, Louisiana; Hartwick College, Oneonta, New York; Morehouse College, Atlanta, Georgia; Muhlenberg College, Allentown, Pennsylvania; Trinity College, Hartford, Connecticut; and Tuskegee University, Tuskegee, Alabama.For his efforts and community activism, Dr. Butts has received innumerable honors and commendations, including Man of the Year, Morehouse College Alumni Association; The Morehouse College Candle Award; The William M. Moss Distinguished Brotherhood Award; and The Louise Fisher Morris Humanitarian Award. He has also been inducted as an Archon of the Beta Zeta Boulé of Sigma Pi Phi. He is a member of Kappa Alpha Psi Fraternity, Prince Hall Masons and has received the 33rd and final degree in Masonry. Further, he has been recognized as a Living Treasure by the New York City Chamber of Commerce and Industry.In every effort, his leadership has had a pervasive impact on such wide-ranging community development initiatives as education, homelessness, senior citizen and youth empowerment, cultural awareness and ecumenical outreach. Research more about this great American Champion and share it with your babies. Make it a champion day!