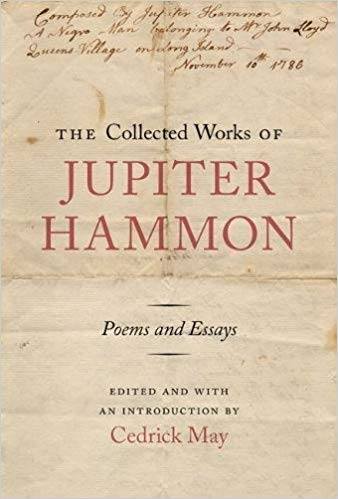 GM – FBF – Today’s story is for all of the people who enjoy the written word. This son of slaves takes all opportunities to be the best that he could be as a writer. Many black people will learn and go on to move the works of writing with expression further than any would have guessed. Enjoy!

Remember – “If we should ever get to Heaven, we shall find nobody to reproach us for being black, or for being slaves” – . Jupiter Hammon

Jupiter Hammon (October 17, 1711 – before 1806) was a black poet who in 1761 became the first African-American writer to be published in the present-day United States. Additional poems and sermons were also published. Born into slavery, Hammon was never emancipated. He was living in 1790 at the age of 79, and died by 1806. A devout Christian, he is considered one of the founders of African-American literature.

Born in 1711 in a house now known as Lloyd Manor in Lloyd Harbor, NY – per a Town of Huntington, NY historical marker dated 1990 – Hammon was held by four generations of the Lloyd family of Queens on Long Island, New York. His parents were both slaves held by the Lloyds. His mother and father were part of the first shipment of slaves to the Lloyd’s estate in 1687. Unlike most slaves, his father, named Obadiah, had learned to read and write.

The Lloyds encouraged Hammon to attend school, where he also learned to read and write. Jupiter attended school with the Lloyd children. As an adult, he worked for them as a domestic servant, clerk, farmhand, and artisan in the Lloyd family business. He worked alongside Henry Lloyd (the father) in negotiating deals. Henry Lloyd said that Jupiter was so efficient in trade deals because he would quickly get the job done. He became a fervent Christian, as were the Lloyds.
His first published poem, “An Evening Thought. Salvation by Christ with Penitential Cries: Composed by Jupiter Hammon, a Negro belonging to Mr. Lloyd of Queen’s Village, on Long Island, the 25th of December, 1760,” appeared as a broadside in 1761.

Eighteen years passed before his second work appeared in print, “An Address to Miss Phillis Wheatley.” Hammon wrote this poem while Lloyd had temporarily moved himself and the slaves he owned to Hartford, Connecticut, during the Revolutionary War. Hammon saw Wheatley as having succumbed to pagan influences in her writing, and so the “Address” consisted of twenty-one rhyming quatrains, each accompanied by a related Bible verse, that he thought would compel Wheatley to return to a Christian path in life. He would later publish two other poems and three sermon essays.

Although not emancipated, Hammon participated in new Revolutionary War groups such as the Spartan Project of the African Society of New York City. At the inaugural meeting of the African Society on September 24, 1786, he delivered his “Address to the Negroes of the State of New-York”, also known as the “Hammon Address.” He was seventy-six years old and had spent his lifetime in slavery. He said, “If we should ever get to Heaven, we shall find nobody to reproach us for being black, or for being slaves.” He also said that, while he personally had no wish to be free, he did wish others, especially “the young negroes, were free.”

The speech draws heavily on Christian motifs and theology. For example, Hammon said that Black people should maintain their high moral standards because being slaves on Earth had already secured their place in heaven. He promoted gradual emancipation as a way to end slavery. Scholars think perhaps Hammon supported this plan because he believed that immediate emancipation of all slaves would be difficult to achieve. New York Quakers, who supported abolition of slavery, published his speech. It was reprinted by several abolitionist groups, including the Pennsylvania Society for Promoting the Abolition of Slavery.

In the two decades after the Revolutionary War and creation of the new government, northern states generally abolished slavery. In the Upper South, so many slaveholders manumitted slaves that the proportion of free blacks among African Americans increased from less than one percent in 1790 to more than 10 percent by 1810. In the United States as a whole, by 1810 the number of free blacks was 186,446, or 13.5 percent of all African Americans.

Hammon’s speech and his poetry are often included in anthologies of notable African-American and early American writing. He was the first known African American to publish literature within the present-day United States (in 1773, Phillis Wheatley, also an American slave, had her collection of poems first published in London, England). His death was not recorded. He is thought to have died sometime around 1806 and is buried in an unmarked grave somewhere on the Lloyd property.

While researching the writer, UT Arlington doctoral student Julie McCown stumbled upon a previously unknown poem written by Hammon stored in the Manuscripts and Archives library at Yale University. The poem, dated 1786, is described by McCown as a ‘shifting point’ in Jupiter Hammon’s worldview surrounding slavery. Research more about Black writers and share with your babies. Make it a champion day! 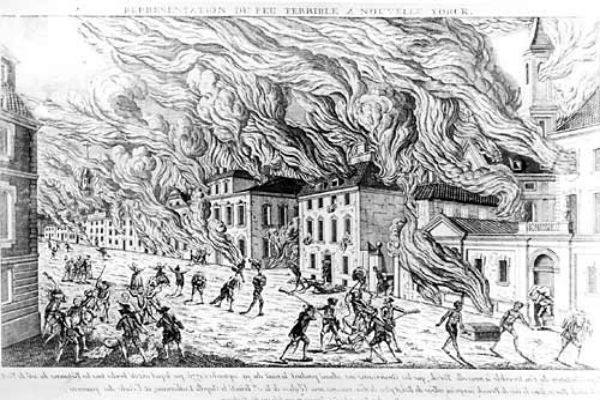 GM – FBF – San Miguel de Guadalupe and Gaspar Yanga are the two largest recorded enslaved revolts by Africans in the Northern Hemisphere. (1526 & 1579) Once the Dutch lost (New Amsterdam) presant day [New York] to the English who set up the Royal African Company, a slave market near present-day Wall Street; this event became the largest revolt by African enslaved peoples to date.

Remember – “The genius of any slave system is found in the dynamics which isolate slaves from each other, obscure the reality of a common condition, and make united rebellion against the oppressor inconceivable.” – Esteban

The New York Slave Revolt of 1712 was an uprising in New York City, in the British Province of New York, of 23 enslaved Africans. They killed nine whites and injured another six before they were stopped. More than three times that number of blacks, 70, were arrested and jailed. Of these, 27 were put on trial, and 21 convicted and executed.

In the early 18th century, New York City had one of the largest slave populations of any of England’s colonies. Slavery in the city differed from some of the other colonies because there were no large plantations. Slaves worked as domestic servants, artisans, dock workers and various skilled laborers. Enslaved Africans lived near each other, making communication easy. They also often worked among free blacks, a situation that did not exist on most Southern plantations. Slaves in the city could communicate and plan a conspiracy more easily than among those on plantations.

Events that presumably led to the revolt include a decrease in freedom and status when the English took over the colony in 1664. Under Dutch rule, when the city was part of New Netherland, freed slaves had certain legal rights, such as the rights to own land and to marry. After the English took over New Amsterdam and made it the colony of New York, they enacted laws that restricted the lives of enslaved peoples. A slave market was built near present-day Wall Street to accommodate the increase in slaves being imported by the Royal African Company.

By the early 1700s, about 20 percent of the population were enslaved black people. The colonial government restricted this group through several measures: requiring slaves to carry a pass if traveling more than a mile (1.6km) from home; discouraging marriage among them; prohibiting gatherings in groups of more than three persons; and requiring them to sit in separate galleries at church services.

A group of more than twenty black slaves gathered on the night of April 7, 1712, and set fire to a building on Maiden Lane near Broadway. While the white colonists tried to put out the fire, the enslaved blacks, armed with guns, hatchets, and swords, attacked the whites and then ran off, but were soon recaptured.

Colonial forces arrested seventy blacks and jailed them. Six are reported to have committed suicide. Twenty-seven were put on trial, 21 of whom were convicted and sentenced to death. Twenty were burned to death and one was executed on a breaking wheel. This was a form of punishment no longer used on whites at the time. The severity of punishment was an expression of white slaveowners’ fear of slave insurrections.

After the revolt, the city and colony passed more restrictive laws governing black and Indian slaves. Slaves were not permitted to gather in groups of more than three, they were not permitted to carry firearms, and gambling was outlawed. Crimes of property damage, rape, and conspiracy to kill qualified for the death penalty. Free blacks were still allowed to own land, however. Anthony Portuguese (alternate spelling is Portugies), owned land that makes up a portion of present-day Washington Square Park; this continued to be owned by his daughter and grandchildren.

The colony required slave owners who wanted to free their slaves to pay a tax of (200 – 900) per person, then an amount much higher than the cost of a slave. In 1715 Governor Robert Hunter argued in London before the Lords of Trade that manumission and the chance for a slave to inherit part of a master’s wealth was important to maintain in New York. He said that this was a proper reward for a slave who had helped a master earn a lifetime’s fortune, and that it could keep the slave from descending into despair. Research more about the early enslaved African people in this new world and share with your babies. Make it a champion day!