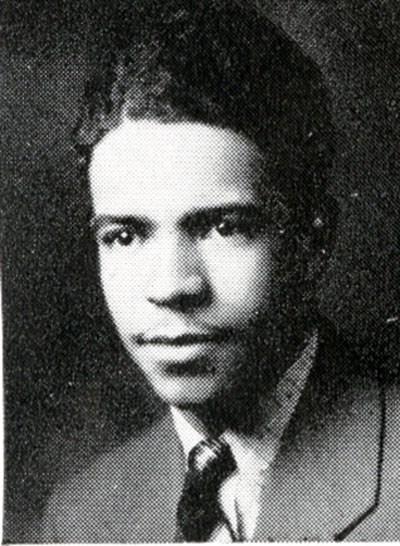 GM – FBF – Today’s spotlight is on a boy /man who’s was called – The “negro genius” in the media. Enjoy!

Remember – “One day I will fly to the moon with math.” – Dr. Jesse Ernest Wilkins Jr.

In 1940 Wilkins completed his B.Sc. in math. In order to improve his rapport with the nuclear engineers reporting to him, Wilkins later received both bachelor’s and master’s degrees in mechanical engineering from New York University in 1982 and 2001, thus earning five science degrees during his life.

After initially failing to secure a research position at his alma mater in Chicago, Wilkins taught mathematics from 1943 to 1944 at the Tuskegee Institute (now Tuskegee University) in Tuskegee, Alabama. In 1944 he returned to the University of Chicago where he served first as an associate mathematical physicist and then as a physicist in its Metallurgical Laboratory, as part of the Manhattan Project. Working under the direction of Arthur Holly Compton and Enrico Fermi, Wilkins researched the extraction of fissionable nuclear materials, but was not told of the research group’s ultimate goal until after the atomic bomb was dropped on Hiroshima. Wilkins was the codiscoverer or discoverer of a number of phenomena in physics such as the Wilkins Effect, plus the Wigner-Wilkins and Wilkins Spectra.

When Wilkins’s team was about to be transferred to the Oak Ridge National Laboratory in Oak Ridge, Tennessee (known at the time as site “X”), due to the Jim Crow laws of the Southern United States, Wilkins would have been prevented from working there. When Edward Teller was informed about this, he wrote a letter on September 18, 1944 to Harold Urey (who was the director of war research at Columbia at the time) of Wilkins’s abilities, informing him about the problem of Wilkins’s race, and recommending his services for a new position. As Teller explained:

Knowing that men of high qualifications are scarce these days, I thought that it might be useful that I suggest a capable person for this job. Mr. Wilkins in Wigner’s group at the Metallurgical Laboratory has been doing, according to Wigner, excellent work. He is a colored man and since Wigner’s group is moving to “X” it is not possible for him to continue work with that group. I think that it might be a good idea to secure his services for our work.

Wilkins then continued to teach mathematics and conduct significant research in neutron absorption with physicist Eugene Wigner, including the development of its mathematical models. He would also later help design and develop nuclear reactors for electrical power generation, becoming part owner of one such company,

In 1970 Wilkins went on to serve Howard University as its distinguished professor of Applied Mathematical Physics and also founded the university’s new PhD program in mathematics. During his tenure at Howard he undertook a sabbatical position as a visiting scientist at Argonne National Laboratory from 1976 to 1977.

From 1974 to 1975 Wilkins served as president of the American Nuclear Society and in 1976 became the second African American to be elected to the National Academy of Engineering.

From 1990 Wilkins lived and worked in Atlanta, Georgia as a Distinguished Professor of Applied Mathematics and Mathematical Physics at Clark Atlanta University, and retired again for his last time in 2003.

Throughout his years of research Wilkins published more than 100 papers on a variety of subjects, including differential geometry, linear differential equations, integrals, nuclear engineering, gamma radiation shielding and optics, garnering numerous professional and scientific awards along the way.

Wilkins had two children with his first wife Gloria Louise Steward (d.1980) whom he married in June 1947, and subsequently married Maxine G. Malone in 1984. He was married a third time to Vera Wood Anderson in Chicago in September 2003. He had a daughter, Sharon, and a son, Wilkins, III during his first marriage.

J Ernest Wilkins Sr. was an equally notable figure, but in different spheres. He was appointed Assistant Secretary of Labor in 1954 by U.S. President Dwight D. Eisenhower and thus became the first African American to hold a sub-cabinet position in the United States Government. One of Wilkins’ grandfathers was also notable for founding St. Mark’s Methodist Church in New York City.

In 2010 a niece of Wilkins, Carolyn Marie Wilkins, Professor of Music at the Berklee College of Music in Boston, wrote of Wilkins’ father and her family more generally in her biography Damn Near White: An African American Family’s Rise from Slavery to Bittersweet Success.

Wilkins died on May 1, 2011 in Fountain Hills, Arizona. He was survived by his two children, Sharon Wilkins Hill and J. Ernest Wilkins III, plus three grandchildren and two great-grandchildren, and was buried at the National Memorial Cemetery, Cave Creek, Arizona on May 5. Research more Black Mathmatician’s and share with your babies. Make it a champion day!