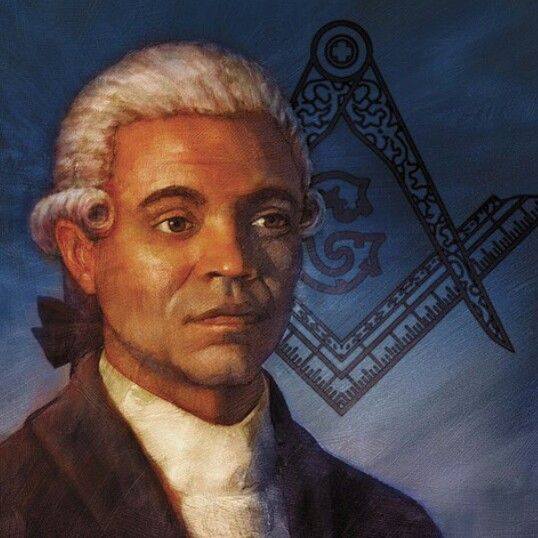 GM – FBF – Today, I would like to tell you a story about a “Secret Society”, One that goes back from across the waters and back to Europe and Africa. Many of you have family members who are and were part of this organization. Enjoy!

Remember – ” Let us have two houses of knowledge, that will give a foundation. – Prince Hall

Today in our History – July 3,1775 Prince Hall and fourteen other Blacks were initiated into British Military Lodge No. 441 of the Masons at Fort Independence, Massachusetts. Hall was a leather-dresser and caterer. On July 3, 1775, African Lodge No.1 was organized in Boston by a group of Black Masons.

Throughout North America, the Caribbean and Europe there are Freemasons whose lineage began here in Boston in 1775, when Prince Hall and 14 other freed black men secured a charter to join the international association.

The history of the Prince Hall Masons is exceptional, especially given the time in this country when the Lodge was founded.

On March 6, 1775, Prince Hall and 14 freed black men were made Masons by Worshipful Master John Batt of Army Lodge No. 441 of the 38th Regiment of Foot of the British Army. The Army Lodge’s Charter was under the Grand Lodge of Ireland Constitution.

As a new Master Mason, Prince Hall petitioned membership in the Masonic Lodges headed by colonists, but all his petitions were rejected. When the British Army left Boston in 1776, this Lodge, No. 441, granted Prince Hall and his brethren authority to meet as African Lodge No. 1 (Under Dispensation), to go in procession on St. John’s Day, and as a Lodge to bury their dead; but they could not confer degrees nor perform any other Masonic “work.”

Thirty-three Masons were listed on the rolls of African Lodge No.1 on Jan. 14, 1779. Finally on March 2, 1784, Prince Hall petitioned the Grand Lodge of England, through a Worshipful Master of a subordinate Lodge in London (William Moody of Brotherly Love Lodge No. 55) for a warrant or charter. On Sept. 29, 1784 a charter was issued to the African Lodge, making it a regular Lodge with all the rights and privileges of any Lodge in the world.

The Warrant to African Lodge No. 459 of Boston is the most significant and highly prized document known to the Prince Hall Masonic fraternity. It was delivered in Boston on April 29, 1787 by Captain James Scott, brother-in-law of John Hancock and master of the Neptune. African Lodge of Boston became the “Mother Lodge” of the Prince Hall Family.

All of this took place at a time in American history when it wasn’t safe for black men to be speaking with, much less asking for favors from, the British.

But it was also a time when free black men very much needed a means by which to advance the cause of black equality. Boston was a major port for selling slaves in the North. Black Codes were enacted by all the colonies, curtailing the movement of blacks, both free and slave, especially after dark.
Prince Hall looked to the Fraternal Order of Free and Accepted Masons because the chief purpose of Freemasonry is benevolence and charity to all mankind. Hall was convinced that Freemasonry’s ideals for the betterment of man made it an ideal organization to advance the cause of black equality in the colonies.

Today, the Prince Hall Masonic Order spans across all 50 states in the U.S. as well as Lodges in Canada, the West Indies, the Bahamas, Europe, and Asia. There are over 250,000 Prince Hall Masons worldwide, working in more than 5,000 Lodges that can trace their roots to African Lodge No. 459 which, as the Prince Hall Grand Lodge of Massachusetts, is located here in Boston, at 24 Washington St. in Grove Hall. Research more about The Masonic Order and sahre with your babies. Make it a champion day!