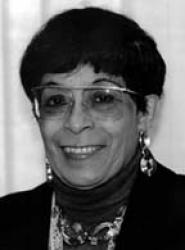 GM – FBF – Today I want to share with you a story of a black woman, who was well educated and also one of the founders of (NOW) National Organization for Woman. Enjoy!

Remember – “We had been led to believe that American education is inferior. We have been impressed with American technology, however, and through your Constitutional law class—the first time we have ever been taught by an American—we have come to change our views. We used to accept without questioning whatever the lecturer said. Through your class we have learned to inquire.” – Pauli Murray

Today in our History – November 20,1910 Pauli Murray was born on November 20, 1910 in Baltimore, Maryland, the daughter of Agnes and William Murray.

Pauli Murray was born on November 20, 1910 in Baltimore, Maryland, the daughter of Agnes and William Murray. Her father, a Howard Universitygraduate, taught in the Baltimore public schools. Both of Murray’s parents died when she was a child. Her mother suffered from a brain hemorrhage and died in 1914. Her father was the victim of typhoid fever and died in 1923.

Despite such heartbreaking tragedy, Murray pursued her life goals. In 1933 she graduated from Hunter College in New York City, New York. Despite a stellar academic record, Murray in 1938 was denied admission into the University of North Carolina Law School in Chapel Hill, North Carolina. She later enrolled in the Howard University Law School in Washington, D.C. and graduated in 1944. Not long afterwards, Murray sought admission to Harvard University Law School in Cambridge, Massachusetts for an advanced law degree but was denied admission because of her gender. She enrolled at the University of California at Berkeley where she received a master of law degree in 1945. Twenty years later, in 1965, she became the first African American awarded a J.S.D. (a law doctorate) from Yale University in New Haven, Connecticut. Her degree was based on her dissertation, “Roots of the Racial Crisis: Prologue to Policy.”

Murray argued that her experiences encountering and overcoming racial and gender discrimination gave her special insight into the nature of racial and sexual hierarchies in U.S. and wrote about its various manifestations in America’s legal history. Murray coined the term “Jane Crow and Jim Crow” to describe the impact of dual discrimination. She also joined both the civil rights movement and the feminist movement. In 1966 Murray was one of the founders of the National Organization for Women (NOW) with feminist icon Betty Friedan.

Murray’s life took an abrupt turn when at the age of 62 she entered a seminary and became in 1977 the first black female priest ordained by the Episcopal Church. On July 1, 1985, cancer claimed the life of Pauli Murray in Pittsburgh, Pennsylvania. Her autobiography Song in a Weary Throat: an American Pilgrimage was published posthumously in 1987. Research more about black female lawyers and share with your babies. Make it a champion day!