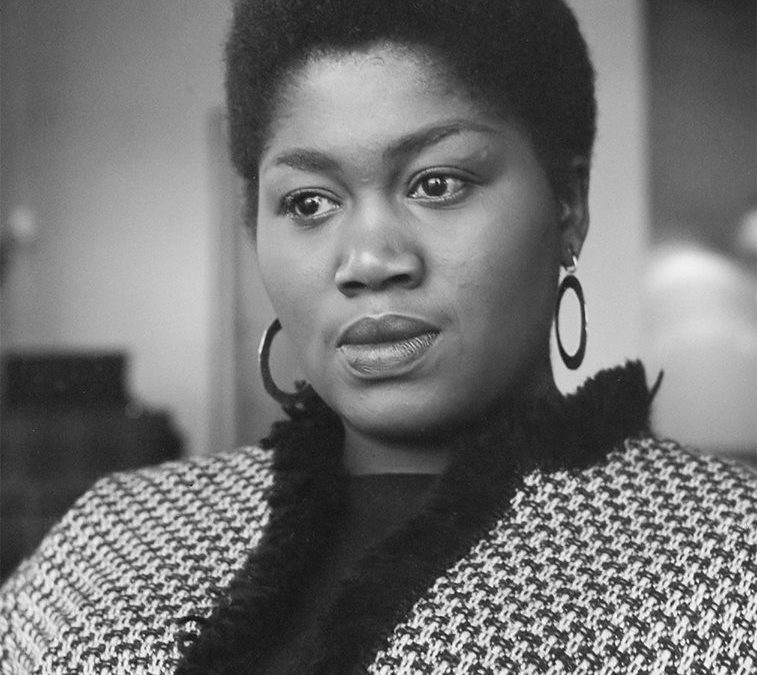 GM – FBF – Today’s Story is about a Folk singer whose music has been called the “soundtrack of the Civil Rights Movement.” Her work inspired musicians from Bob Dylan to Joan Baez.

An elementary teacher noticed her singing voice and encouraged her mother to get her formal training. In 1956 released her first solo album, in 1999, President Bill Clinton awarded her the National Medal of Arts.

Remember – “If your neighbor looks at you like they don’t enjoy the key you’re singing in, look right back, bless them, and keep on singing.” – Odetta Holmes

Odetta Holmes, later known simply as Odetta, was born on December 31, 1930, in Birmingham, Alabama. Before she even learned how to play an instrument, Odetta banged on the family piano in hopes of making music—until her family members got headaches and told her to stop. Growing up in the Deep South during the Great Depression, Odetta fell in love with the work songs she heard people singing to ease the pain of the times. “They were liberation songs,” she later recalled. “You’re walking down life’s road, society’s foot is on your throat, every which way you turn you can’t get from under that foot. And you reach a fork in the road and you can either lie down and die or insist upon your life … those people who made up the songs were the ones who insisted upon life.”

Odetta’s father, Reuben Holmes, died when Odetta was a child. In 1937 she and her mother, Flora Sanders, moved across the country to Los Angeles. It was on the train to California that Odetta had her first significant experience with racism. “We were on the train when, at one point, a conductor came back and said that all the colored people had to move out of this car and into another one,” she remembered. “That was my first big wound.”

Although Odetta loved singing, she never considered whether she had any particular vocal talent until one of her grammar school teachers heard her voice. The teacher insisted to Odetta’s mother that she sign her up for classical training. In junior high, after several years of voice coaching, she landed a spot in a prestigious signing group called the Madrigal Singers. When Odetta graduated from Belmont High School in Los Angeles, she continued on to Los Angeles City College to study music. She later insisted, however, that her real education came from outside the classroom.

“School taught me how to count and taught me how to put a sentence together,” she acknowledged. “But as far as the human spirit goes, I learned through folk music.” And as far as her musical development went, Odetta said her formal training was “a nice exercise, but it had nothing to do with my life.
“Soundtrack of the Civil Rights Movement’

In 1950, after graduating from college with a degree in music, Odetta landed a role in the chorus of a traveling production of Finian’s Rainbow. She fell in love with folk music when, after a show in San Francisco, she went to a Bohemian coffee shop and experienced a late-night folk music session. “That night I heard hours and hours of songs that really touched where I live,” she said. “I borrowed a guitar and learned three chords, and started to sing at parties.” Later that year, she left the theater company and took a job singing at a San Francisco folk club.

In 1953, she moved to New York City and soon became a fixture at Manhattan’s famed Blue Angel nightclub. “As I did those songs, I could work on my hate and fury without being antisocial,” she said. “Through those songs, I learned things about the history of black people in this country that the historians in school had not been willing to tell us about or had lied about.”

She recorded her first solo album, Odetta Sings Ballads and Blues, in 1956, and it became an instant classic in American folk music. Bob Dylan later cited that album as the record that first turned him on to folk music, and Time magazine raved about “the meticulous care with which she tried to recreate the feeling of her folk songs.” Odetta quickly followed with two more highly acclaimed folk albums: At the Gate of Horn (1957) and My Eyes Have Seen(1959). In 1960, Odetta delivered a famed concert at Carnegie Hall and released a live recording of the performance.

The 1960s, however, were Odetta’s most prolific years. During that decade, she lent her powerful voice to the cause of black equality—so often so that her music has frequently been called the “soundtrack of the Civil Rights Movement.” She performed at political rallies, demonstrations and benefits. In 1963, during the March on Washington, Odetta gave the most iconic performance of her life: Singing from the steps of the Lincoln Memorial after an introduction by Dr. Martin Luther King, Jr. Odetta also recorded more than a dozen albums during the 1960s, most notably Odetta and the Blues, One Grain of Sand, It’s a Mighty Worldand Odetta Sings Dylan.

Odetta’s popularity waned after the 1960s, and she recorded only several more albums over the remaining four decades of her life. Her most prominent later works include Movin’ It On(1987), Blues Everywhere I Go (1999) and Looking for a Home (2001). One of the greatest American folk singers of all time, Odetta has been cited as a prominent influence by such legendary musicians as Bob Dylan, Joan Baez and Janis Joplin. President Bill Clinton presented her with a National Medal of Arts in 1999.

In 2004, she was made a Kennedy Center honoree and in 2005, the Library of Congress awarded her its Living Legend Award. Her highly acclaimed final album, a live recording performed when she was 74 years old, was entitled Gonna Let It Shine (2005). Her music inspired a generation of civil rights activists who helped tear down the legacy of slavery and Jim Crow to build a more equal and just United States of America.

In her later years, after the popularity of folk music had declined, Odetta made it her mission to share its potency with a new generation of youth. “The folk repertoire is our inheritance. Don’t have to like it, but we need to hear it,” she said. “I love getting to schools and telling kids there’s something else out there. It’s from their forebears, and it’s an alternative to what they hear on the radio. As long as I am performing, I will be pointing out that heritage that is ours.”

Odetta continued performing right up until almost the day of her death on December 2, 2008, at the age of 77. She had dreamed of performing at the inauguration of President Barack Obama, but tragically passed away just weeks before he took office. Research more about this great American Treasure and share with your babies. Make it a champion day!