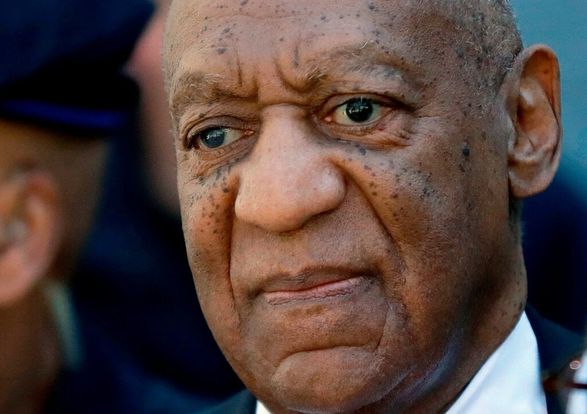 GM – FBF – Today’s American Champion is an American stand-up comedian, actor, and author who held an active career for over six decades before being convicted of a number of sex offenses in 2018.He began his career as a stand-up comic at the hungry i in San Francisco during the 1960s. He then landed a starring role in the television show I Spy, followed by his own sitcom The Bill Cosby Show, which ran for two seasons from 1969 to 1971. In 1972, using the Fat Albert character developed during his stand-up routines, Cosby created, produced, and hosted the animated comedy television series Fat Albert and the Cosby Kids which ran until 1985, centering on a group of young friends growing up in an urban area.Throughout the 1970s, he starred in about half a dozen films, and he occasionally returned to film later in his career. In 1976, he earned his Doctor of Education from the University of Massachusetts Amherst. His dissertation discussed the use of Fat Albert and the Cosby Kids as a teaching tool in elementary schools.Beginning in the 1980s, he produced and starred in the television sitcom The Cosby Show, which aired from 1984 to 1992 and was rated as the number one show in America from 1985 through 1989. The sitcom highlighted the experiences and growth of an affluent African-American family.He produced the spin-off sitcom A Different World, which aired from 1987 to 1993. He also starred in The Cosby Mysteries from 1994 to 1995 and in the sitcom Cosby from 1996 to 2000 and hosted Kids Say the Darndest Things from 1998 to 2000.In the mid-2010s, numerous women made sexual assault accusations against him, the earliest dating back to 1965. More than 60 women have accused him of either attempted sexual assault, rape, drug-facilitated sexual assault, sexual battery, child sexual abuse, or sexual misconduct, all of which he has denied, and the statute of limitations had by the mid-2010s expired in nearly all cases.He was found guilty of three counts of aggravated indecent assault and sentenced to three to ten years in prison in September 2018. He is currently incarcerated at the State Correctional Institution – Phoenix in Pennsylvania.Today in our History – July 12, 1937 – William Henry Cosby Jr. is born.American comedian Bill Cosby has been the subject of publicized sexual assault allegations and was convicted of aggravated indecent assault in 2018. He has been accused by numerous women of rape, drug-facilitated sexual assault, sexual battery, child sexual abuse, and sexual misconduct.The earliest incidents allegedly took place in the mid-1960s. Assault allegations against Cosby became more public after a stand-up routine by comedian Hannibal Buress became popular in October 2014, alluding to Cosby’s covert sexual misbehavior; thereafter, many additional claims were made. The dates of the alleged incidents have spanned from 1965 to 2008 in ten U.S. states and in one Canadian province.Cosby has maintained his innocence and repeatedly denied the allegations made against him. He was asked about the allegations in November 2014 and responded, “I don’t talk about it!” He has declined to publicly discuss the accusations in interviews in the past, although he told Florida Today that “people shouldn’t have to go through that and shouldn’t answer to innuendos.” In May 2015, he said, “I have been in this business 52 years and I’ve never seen anything like this. Reality is a situation and I can’t speak.”Following the allegations, numerous organizations severed ties with Cosby and revoked honors and titles previously awarded to him. Media organizations pulled reruns of The Cosby Show and other television programs featuring Cosby from syndication.Twenty-five colleges and universities rescinded honorary degrees. Adweek reporter Jason Lynch noted that the “media landscape has changed considerably—and has now been joined by the far-less-forgiving social media arena.”Most of the alleged acts fall outside the statute of limitations for criminal legal proceedings, but criminal charges have been filed against Cosby in one case and numerous civil lawsuits have been brought against him. As of November 2015, eight related civil suits were active against him. Gloria Allred is representing 33 of the alleged victims.In July 2015, some court records were unsealed and released to the public from Andrea Constand’s 2005 civil suit against Cosby. The full transcript of his deposition was released to the media by a court reporting service. In his testimony, Cosby admitted to casual sex involving recreational use of the sedative-hypnotic methaqualone (Quaaludes) with a series of young women, and he acknowledged that his dispensing the prescription drug was illegal.In December 2015, three Class II felony charges of aggravated indecent assault were filed against Cosby in Montgomery County, Pennsylvania, based on allegations by Constand concerning incidents in January 2004. Cosby’s first trial in June 2017 ended in a mistrial.Cosby was found guilty of three counts of aggravated indecent assault at retrial on April 26, 2018 and on September 25, 2018, he was sentenced to three to ten years in state prison and fined $25,000 plus the cost of the prosecution, $43,611. Cosby appealed on June 25, 2019 and the verdict was subsequently upheld and granted an appeal by the Pennsylvania Supreme Court. Bill Cosby was released from prison Wednesday, June 30, 2021, after the Pennsylvania Supreme Court overturned his 2018 conviction for sexual assault, a dramatic reversal in one of the first high-profile criminal trials of the #MeToo era.The court’s decision seemed likely to end the Pennsylvania case, legal experts said, and while more than 50 women across the nation have accused Mr. Cosby of sexual assault and misconduct, statutes of limitations in their cases makes further prosecutions unlikely.Mr. Cosby had served three years of a three- to 10-year sentence at a maximum-security prison outside Philadelphia when the court ruled that a “non-prosecution agreement” with a previous prosecutor meant that Mr. Cosby should not have been charged in the case.Mr. Cosby, 83, returned to his home in suburban Philadelphia on Wednesday afternoon where, looking frail and walking slowly, he was helped inside by his lawyer and a spokesman. He flashed a “V” sign as he reached his front door. Research more about this great American Champion and share it with your babies. Make it a champion day!