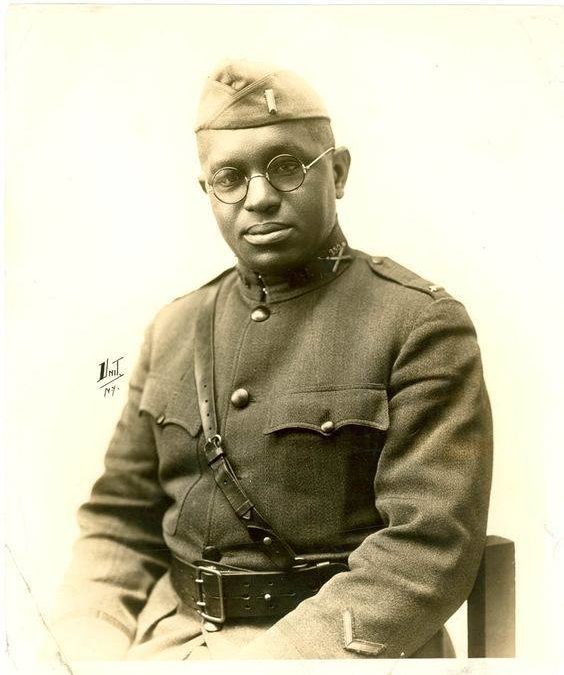 GM – FBF – Today’s story is one of the greatest watermarks in our History November 11, 1918. The day the guns fell silent on the Western Front in Europe and “The War to end all wars was over”. On 11 November 1918 at 1100, the armistice between the Allies and Central Powers went into effect or did it?

My great grandfather from Houston County, GA. served in the 92nd Division which was all black and while returning home from Europe in February, 1919 he stopped in a tavern in Valdosta, GA and was lynched with his uniform on. Not that uncommon for the time, during the summer and fall of 1919, anti-black race riots erupted in ninety-six cities across America. The lynching of blacks also increased from two hundred and eight in 1918 to seven hundred and seven in 1919. (Many say there were more)

At least two hundred and seventy of those victims were war veterans, and some were lynched while in uniform. Today’s story is about the most famous the 396th U.S. Infantry “Hell Fighters” Band and the band leader James Reese Europe. Enjoy!

Remember – “I have come from France more firmly convinced than ever that Negros should write Negro music. We have our own racial feeling and if we try to copy whites we will make bad copies…We won France by playing music which was ours and not a pale imitation of others, and if we are to develop in America we must develop along our own lines.” – James Reese Europe

James Reese Europe, one of the first African Americans to record music in the United States, was born on February 22, 1881 in Mobile, Alabama to Henry and Lorraine Europe. When he was ten, his family moved to Washington D.C. where he began to study violin with Enrico Hurlei, the assistant director of the Marine Corps Band. In 1904, Reese moved to New York to continue his musical studies.

In 1910, Europe founded one of the most well-known African American organizations during that time, The Clef Club, a part union and part fraternal organization which owned a building on West 53rd Street. Europe was the Clef Club’s first elected president as well as the conductor of its symphony orchestra. The Clef Club Orchestra appeared at Carnegie Hall for the first time on May 2, 1912 and later in 1913 and 1914.

The Carnegie Hall concerts gave the Clef Club Orchestra respectability in upper class circles and as a result, they were engaged to play at many of the most elite functions in New York, London (UK), Paris (France), and on yachts traveling worldwide. The Orchestra generated over $100,000 in bookings during the period. In 1913 Europe also made the first of a series of phonograph records for the Victor Talking Machine Company.

At the beginning of World War I, Reese joined New York Army National Guard as a private but shortly after passing the officer’s exam was commissioned as a Lieutenant. He was assigned to the all-black 369th U.S. Infantry Regiment. When his musical background became known he was asked by his commanding officer, Colonel William Hayward, to form a military band as part of his combat unit. Hayward told Europe to get musicians wherever he could, and Reese did just that.

Europe knew that it would be difficult to convince musicians in New York to enlist in the military to play music, so he went as far as traveling to Puerto Rico to recruit the needed musicians for his band. His band became known as the 396th U.S. Infantry “Hell Fighters” Band.

The Hell Fighters Band entertained troops and citizens in every city they visited and was received with great enthusiasm. He was sent from the front to lead his band at an Allied conference in Paris where they were only supposed to play one concert. The crowd’s reaction was so great that both American and French officials asked them to stay to perform for eight more weeks.

Europe and his band returned to New York on February 12, 1919. Soon after, they began a tour of American cities and started recording their songs in the studio. Through his music, Europe brought ragtime out of the bordellos and juke joints into mainstream society and elevated African American music into an accepted art form. He was a household name in New York’s music world and on the dance scene nationwide.

On the final performance of the band’s American tour, Herbert Wright, one of the “percussion twins,” became angered with Europe and attacked him with a knife during intermission. Europe did not survive the attack and Europe was buried with military honors at Arlington National Cemetery. Research more about blacks during WWI and share with your babies. Make it a champion day!